Raheem Sterling rescued 10-man Manchester City with a stoppage-time winner after a VAR fiasco had threatened to derail their Champions League ambitions at Schalke.

Leroy Sane’s sumptuous free-kick levelled for City with five minutes left before Sterling kept his cool to strike at the death after Nicolas Otamendi had been sent off for a second yellow card.

Pep Guardiola surprisingly spoke up for VAR even after the award of two controversial first-half penalties, the first of which when Otamendi was adjudged to have handled in the box with City one goal up. 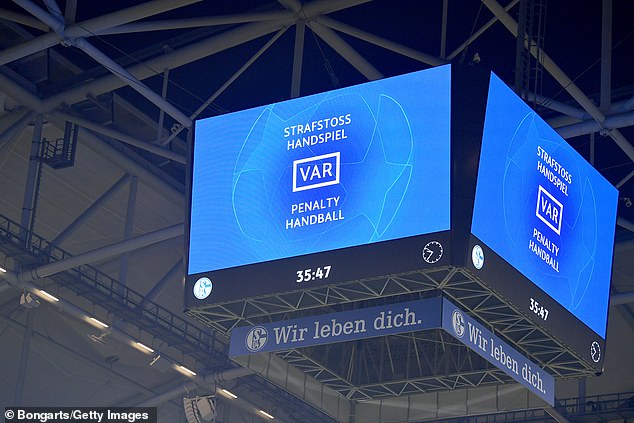 VAR spent four minutes deliberating the incident, with a malfunctioning pitchside monitor adding to the feeling of farce. Guardiola, however, is a staunch believer in the technology.

‘I’m a big fan of VAR,’ the City manager said. ‘It’s a penalty. If we had VAR last season against Liverpool then it would’ve all changed.

‘When a new system starts it’s like a manager. You arrive and expect to win every game 6-0. VAR needs time, they will improve. The referee told me the machine was broken. I support the initiative. The referees need help and that is VAR’s intention.’ 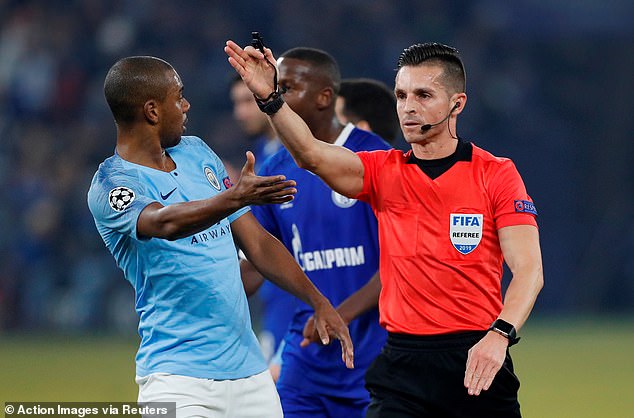 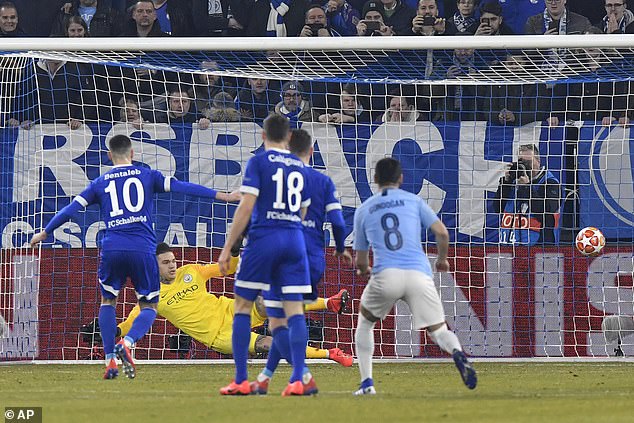 Fernandinho would concede another penalty before half-time when he grappled with Salif Sane and is now also suspended alongside Otamendi for the second leg after the subsequent yellow card.

Guardiola did suggest that the Schalke defender was offside when he was fouled. ‘Maybe it’s offside. The VAR maybe has to look better,’ Guardiola added.

‘We would’ve been depressed but the result is incredible. If you gave me this result before then I say: ‘Where do I sign?’ The opponents didn’t do too much, even if they have quality to cause problems.’

Schalke manager Domenico Tedesco said: ‘We are very disappointed with the result, we had a little bit of luck on our side.

‘It was definitely too long for the VAR decision to be made, but the captains were called to the referee who explained the situation and it was a technical problem. This can happen.’ 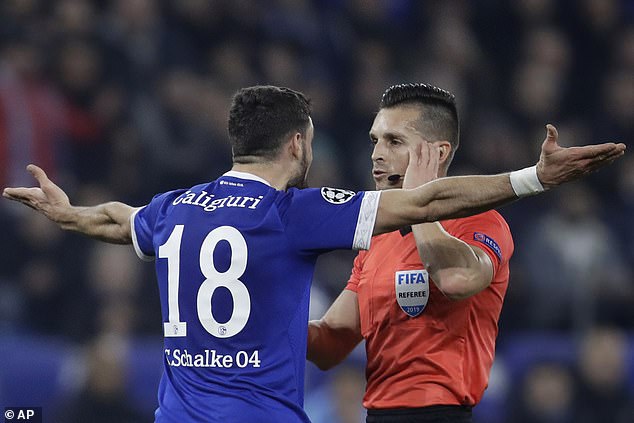 With the help of VAR, referee Carlos Del Cerro turned to technology for the game’s big calls 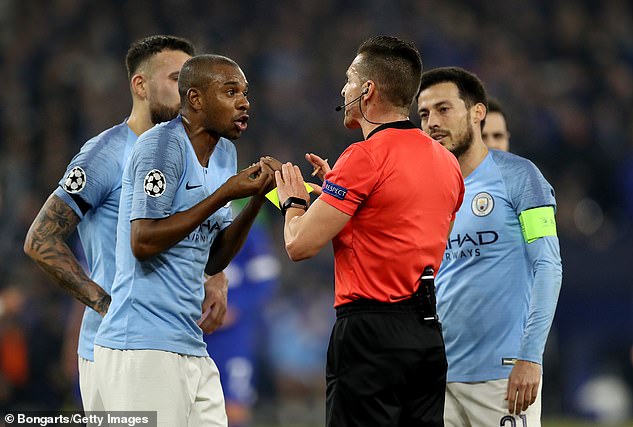 Guardiola claimed the way in which City roared back late on will stand them in good stead in a pursuit of a European title. He did also concede that they need to improve – even though the performance ‘delighted’ the Catalan.

‘The way they reacted at 2-1 shows me a lot,’ he said. ‘I have no doubts about that. But you have to be conscious that it is not enough. Try to go, show me how good you are.

‘Maybe in the future, for Chelsea on Sunday in the final, maybe it will help us. You have to live these situations in these competitions.

‘Basle was fake at this stage last year, 4-0 away, that is not the reality. Maybe we didn’t realise what you need to do to win the games in these competitions.

‘We came away and scored three goals and then reacted with 10 men. We played incredibly well. I’m delighted but it’s not enough. 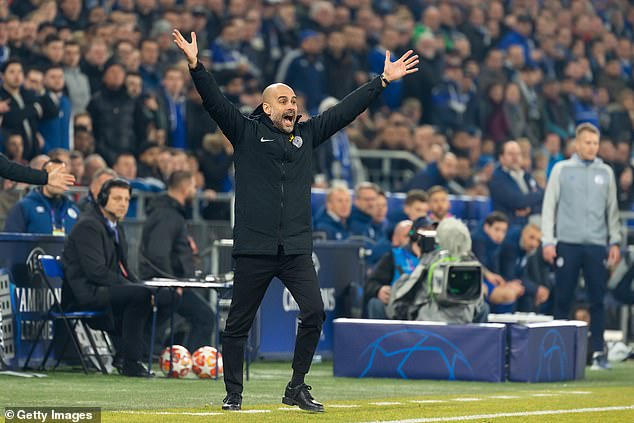 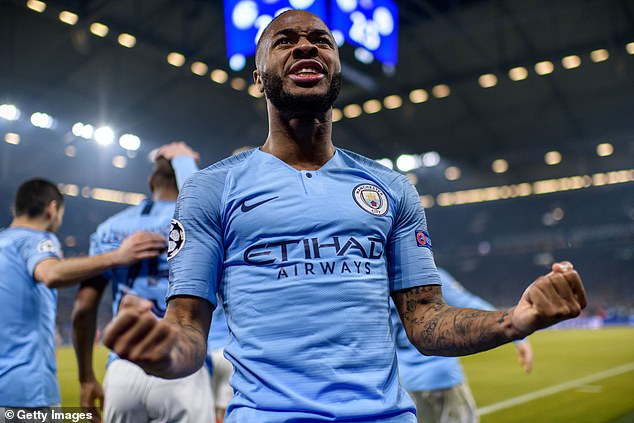 ‘We gifted the goals. If that happens in another stage… important players can’t lose the ball. We are a nice team to watch. We don’t know how far we’ll get. We’re scoring an incredible amount of goals. Schalke were unbeaten.’

Guardiola also implored the City supporters – the majority of whom loathe this competition – to turn up the noise at the Etihad for the second leg.

‘We need them in the competition,’ he said. ‘I remember at Bayern, these kind of games means a lot.

‘We cannot do it without the fans. To get to the quarters is still open. We need the support in three weeks. They can come and support like they did against Liverpool. We need it.’