Hoping to pile on the misery, Pep? Manchester City boss Guardiola watches on from the stands as title rivals Liverpool suffer demoralising defeat to Barcelona at the Nou Camp

Manchester City boss Pep Guardiola was in the stands to watch title rivals Liverpool suffer a disappointing defeat to Barcelona at the Nou Camp on Wednesday night.

Jurgen Klopp’s side are locked in one of the most fiercely contested Premier League title races of all time but the Reds had to put domestic concerns aside to take on the might of Guardiola’s former employers.

And the Catalan coach watched on as the Reds came up short, thanks to a moment of magic from Lionel Messi. 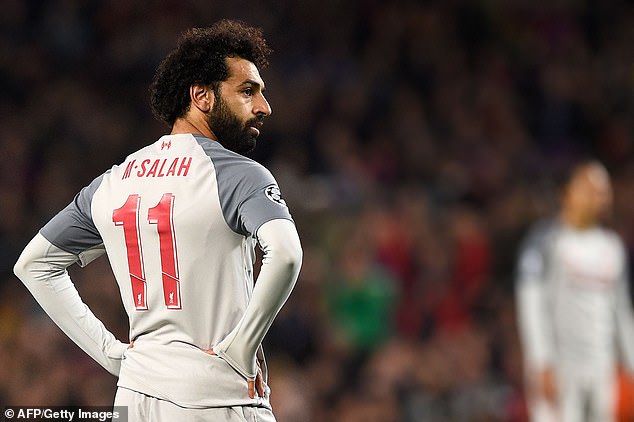 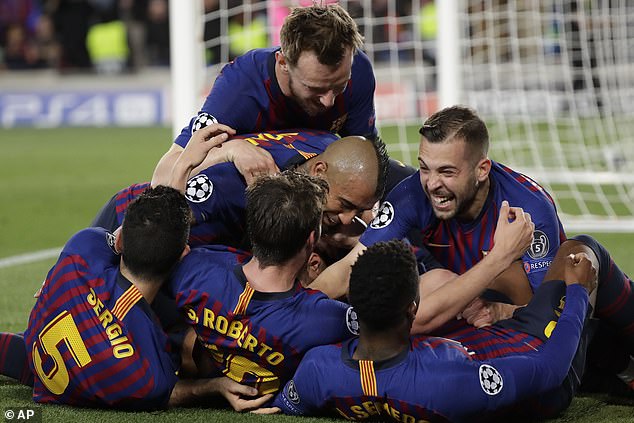 The Catalan coach returned to familiar surroundings to cast his eye over City’s title nemesis, and he would have been pleased by the outcome of semi-final first leg.

Liverpool are chasing Guardiola’s side and currently trail by a point with two games remaining, and the former Bayern and Barca coach will be hoping the sucker-punch from Messi’s two second half goals will have a residual effect domestically.

The Reds travel to Newcastle on Saturday, knowing a win will once again heap the pressure on Manchester City to maintain their inch-perfect league form when they take on Leicester on Monday.

Guardiola donned a flat cap as he surveyed the last-four tie, ruing perhaps that his own charges are not still competing for Europe’s most coveted prize following their elimination by Tottenham in the quarter-finals. 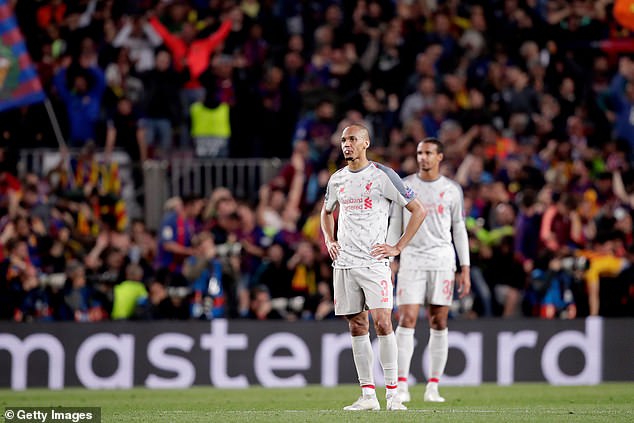 City are lauded as one of English football’s most impressive teams ever but even Guardiola would have reservations about facing Messi in the form he showed on Wednesday night.

The Reds dominated for long spells but after a series of missed chances, the Argentine stepped up to the mark with a two critical goals – the second of which wsa a stunning 35-yard free-kick that all-but ends the tie as a contest.

Klopp’s men will have to rally themselves next week to pull off what would be one of the greatest comebacks of all-time next week at Anfield; a draining thought, but one that Guardiola will relish.