Manchester City ‘offer Cristiano Ronaldo two-year contract worth £230,000 a week but do NOT want to pay Juventus a transfer fee’ after Pep Guardiola’s side missed out on Tottenham striker Harry Kane

Manchester City have reportedly offered Cristiano Ronaldo a two-year contract after missing out on a deal for Harry Kane this summer.

Pep Guardiola’s side chased the Tottenham talisman and England captain throughout the window but the £150million-rated forward revealed on Wednesday that he is ‘100 per cent’ remaining at Spurs for the coming season.

Missing out on Kane means City have limited options in the centre-forward position after Sergio Aguero’s departure on a free transfer. Gabriel Jesus is the only recognised forward but has been used out wide, while Ferran Torres and Liam Delap remain options. 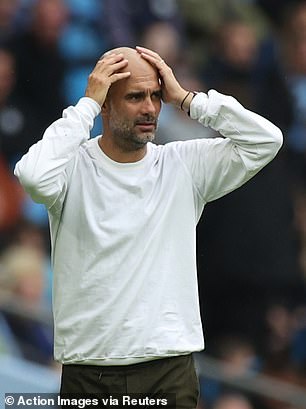 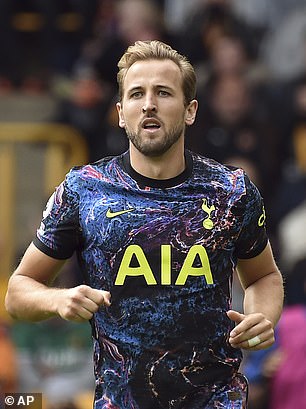 And according to Gianlucadimarzio.com, City are willing to offer Ronaldo a two-year deal worth over £230,000-a-week but do not want to pay Juventus a transfer fee for the Portuguese icon.

The report says the Old Lady want around £25million for the player which would allow them to find a replacement so late in the window.

Juventus reportedly like the idea of taking on City’s Brazilian striker Jesus in a swap, but Guardiola is said to have rebuffed that idea. 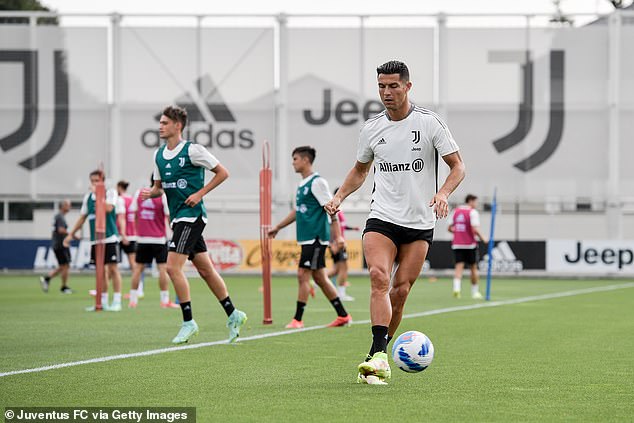 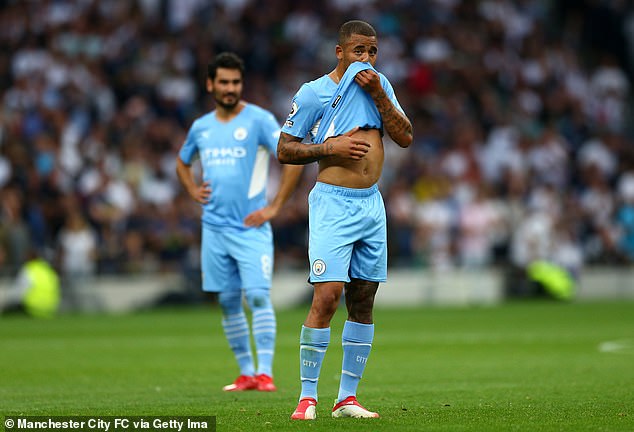 Reports across Europe claim Ronaldo, 36, is looking for a new challenge and his agent Jorge Mendes offered him to City last week for £25m.

Ronaldo was left on the bench of Juventus’ last Serie A game away at Udinese, raising speculation about his future, but the Portuguese forward did come off the bench in that match and scored a winner, only for it to be chalked off by VAR.

Paris Saint-Germain remain interested in Ronaldo as well with the French giants struggling to keep Kylian Mbappe, who was the subject of a £137million bid from Real Madrid this week.

Such a move would also mean the tantalising prospect of Ronaldo lining up alongside Lionel Messi but it appears to be City making the bigger moves for the Portuguese’s signature. 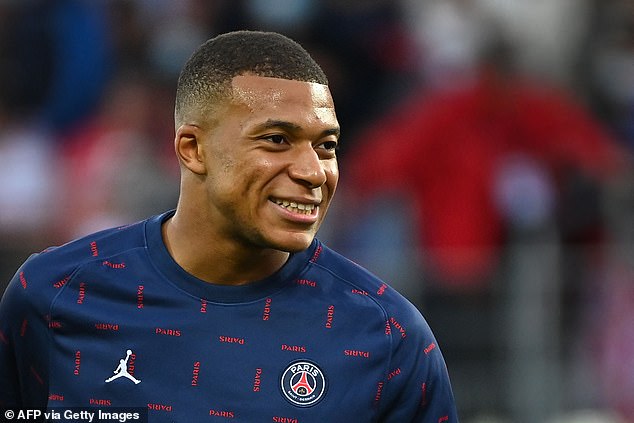 City have already spent big in this window after securing Aston Villa and England midfielder Jack Grealish for a British record £100million fee.

Guardiola’s Premier League champions wanted to add Kane as an arrival but saw an opening bid of £75m plus £25m in add-ons rejected by Spurs owner Daniel Levy, who maintained Kane was not for sale this window.

City tried to test Tottenham’s resolve by launching a bid closer to Levy’s £150m valuation for the striker but Kane stopped the top-flight champions in their tracks on Wednesday by revealing his intentions to stay at Spurs.

It was incredible to see the reception from the Spurs fans on Sunday and to read some of the messages of support I’ve had in the last few weeks. ?⚽

I will be staying at Tottenham this summer and will be 100% focused on helping the team achieve success. #COYS pic.twitter.com/uTN78tHlk1

Taking to Twitter on Wednesday afternoon, the 28-year-old said: ‘It was incredible to see the reception from the Spurs fans on Sunday and to read some of the messages of support I’ve had in the last few weeks.

‘I will be staying at Tottenham this summer and will be 100% focused on helping the team achieve success. #COYS.’

Kane is the second-highest goalscorer in Tottenham’s history with 221 goals in 337 appearances since making his first-team debut a decade ago.