Yaya Toure believes Manchester City are playing the best football in Europe as they look to complete the group stage of the Champions League with a 100 per cent record in Ukraine.

Pep Guardiola’s side can become the seventh club in the history of the competition to win all six group games if they beat Shakhtar Donetsk in Kharkiv on Wednesday night.

City have also dominated in the Premier League and can set a new record of 14 straight wins if they win the Manchester derby at Old Trafford on Sunday. 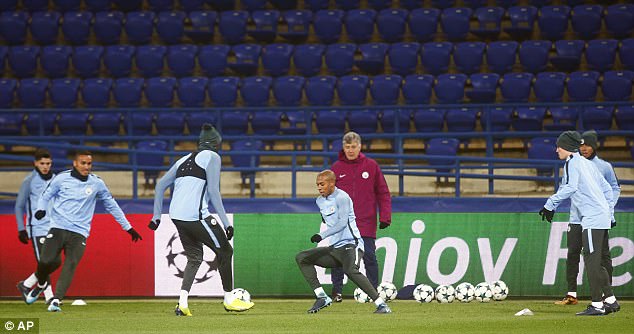 Toure, who is expected to return to the starting line-up at the Metalist Stadium, said: ‘To be honest, I think we are playing the best football in Europe when we go forward.

‘In the first year you could see we were trying to get the tactics of the manager, now we have new players who have done very well.

‘The Premier League is such a difficult league because all the opponents are tough and we don’t have time to work properly.

‘Some of the older players staying and then younger players coming like Leroy Sane, Raheem Sterling, you see the way Kevin De Bruyne and David Silva are playing, they are getting the tactics.

‘We know what we are doing. People are defending with five and finding it difficult. We are playing with passion and in the end we are getting the goals.

‘I think teams respect us more. They feel the way we have to play and attack all the teams, and respect City. We are in a good moment, full of confidence. If you ask all my team-mates they are all enjoying it. 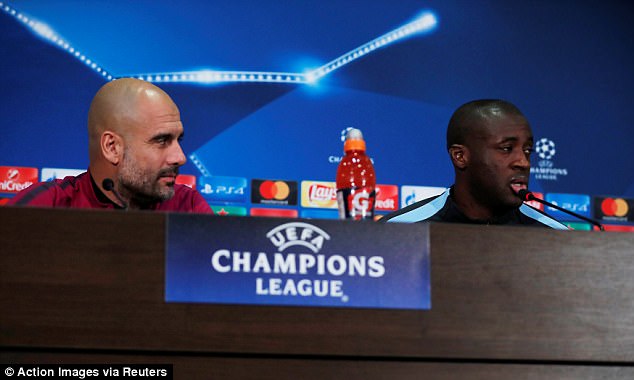 ‘It’s like when you are young and you always want to play. The way we control games and score goals is something fantastic.’

With City guaranteed of finishing top of Group F after five straight wins, it has raised hopes that they can reach the final in the Ukrainian capital of Kiev in May.

Toure, who played here for Metalurh Donetsk before later moving to Barcelona where he won the Champions League under Guardiola in 2009, added: ‘We need to play against a big opponent to see where we are. 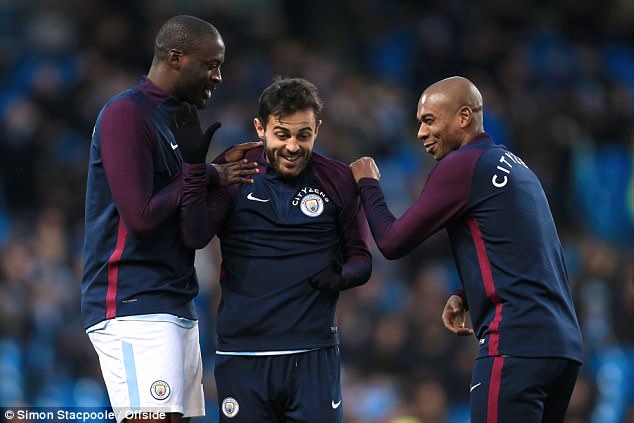 ‘To repeat what I did in 2009 with a different club would be something special. But we have to wait. First we have Shakhtar and then we wait to see who we play.’

Wednesday’s game is being played in Kharkiv because of the unstable situation in Donetsk and Eastern Ukraine since Russia invaded Crimea in 2014.

Toure added: ‘I would love to be able to play in Donetsk again but we can’t due to certain circumstances. It’s a beautiful team, a great squad and coach, and it will be a great challenge to play against them.’