Manchester City forward Georgia Stanway apologised for her sending off in the Women Super League’s Manchester derby on Saturday but revealed she’s been subjected to ‘abusive messages’ on social media following the incident.

The 22-year-old was shown a straight red for a nasty challenge on Leah Galton 35 minutes into the contest.

As Galton controlled the ball with her left foot and looked to skip past Stanway, the England international completely mistimed her challenge and planted her studs onto the United forward’s thigh. 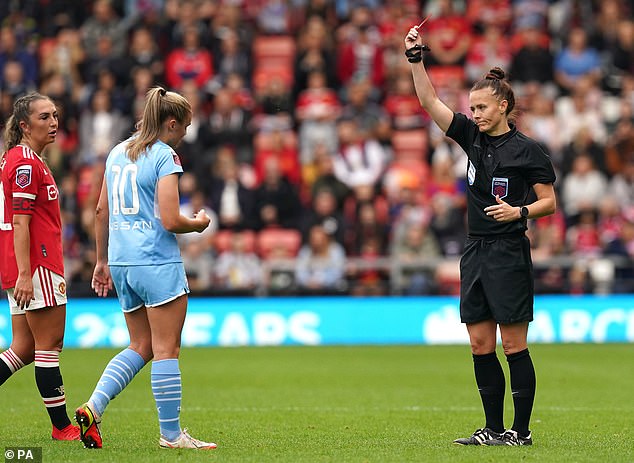 Referee Rebecca Welch was left with no choice but giving the 2019 PFA Women’s Young Player of the Year her marching orders.

On Sunday morning, Stanway apologised for the sending off but insisted her red card did not warrant the kind of ‘abusive messages’ she received on social media.

‘I want to apologise for the sending off in yesterday’s Manchester Derby,’ she wrote in a note she posted on her Twitter account.

‘Everyone who knows me knows that I’m passionate and competitive. There was absolutely no malice intended and I’m glad Leah was OK and able to carry on with the game. 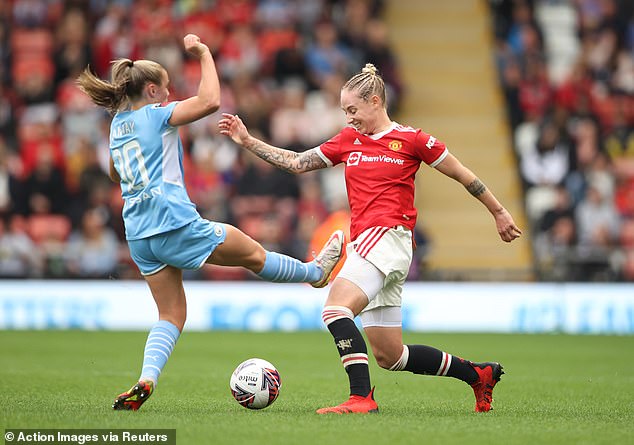 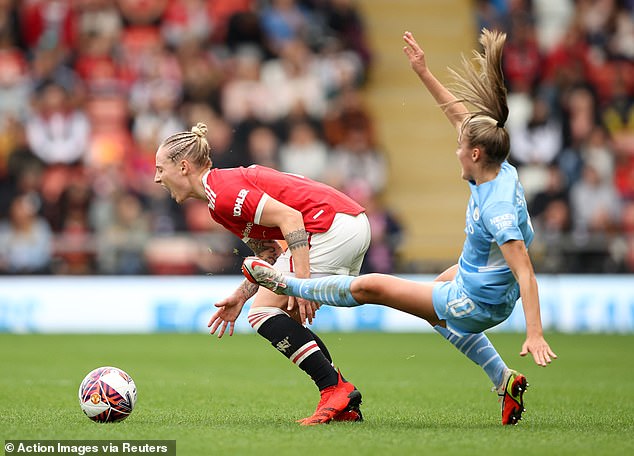 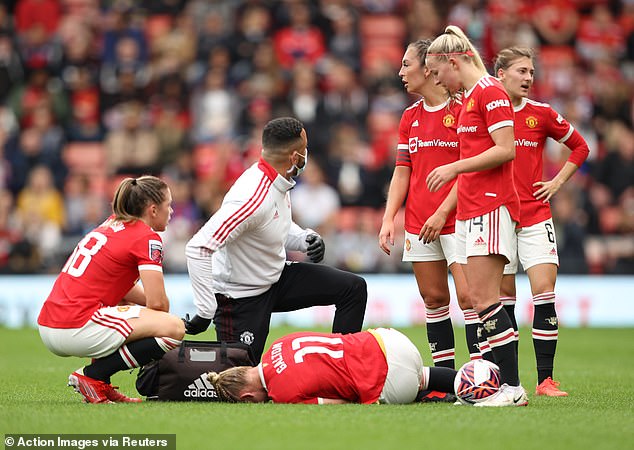 ‘A huge thank you to my Man City teammates for the support and effort to secure a point. And to both sets of fans for creating an unbelievable atmosphere.

‘I made a mistake and hope everyone can accept my apology, but I shouldn’t have to log into social media and find myself subject to all sorts of abusive messages – remember we are all humans and mistakes can happen.’

United hit back in the second half, when substitute Lucy Staniforth levelled the score with 72 minutes gone, before Alessia Russo put them 2-1 up just three minutes later.