A retired builder who battled Network Rail over claims Japanese Knotweed had invaded his home has vowed to keep on fighting as the case heads to the Court of Appeal.

Robin Waistell, 70, said the destructive weed knocked £60,000 off the value of his bungalow in Maesteg, South Wales.

He holds Network Rail responsible for the damage as the aggressive plant grows extensively on a railway embankment behind his home.

Robin Waistell, 70, is locked in a legal battle with Network Rail over Japanese Knotweed invading his home (pictured)

After a fierce legal battle, Mr Waistell was awarded £15,000 – but now faces another showdown after the case was referred to the Court of Appeal in London.

Despite another date in court, Mr Waistell, who suffers from motor neurone disease, has refused to back down.

He said: ‘I’m just ordinary Joe Bloggs who won’t be pushed around. Network Rail have never acknowledged that I am here, they have never written to me here.

‘It’s just a case of ”ignore the little man and he will go away”.

‘But I’m not going away. As companies go, there aren’t many that are bigger than Network Rail.’

Imported as an ornamental plant, Japanese Knotweed quickly spreads out of control as its deep creeping roots are extremely hard to control.

It’s just a case of ‘ignore the little man and he will go away’. But I’m not going away.

Mr Waistell claimed that this is exactly what has happened to his bungalow – leaving him unable to sell.

He moved into the property in May 2012, having previously lived in Spain.

After his wife died he decided to move back to the UK and bought the property as a renovation project.

He spent £25,000 on the bungalow, installing new windows, a bathroom, kitchen, heating and landscaping the front garden.

But a survey later revealed knotweed had caused major problems.

Mr Waistell claimed roots from the weed, which is growing from the railway embankment, are now touching the foundations of his home. 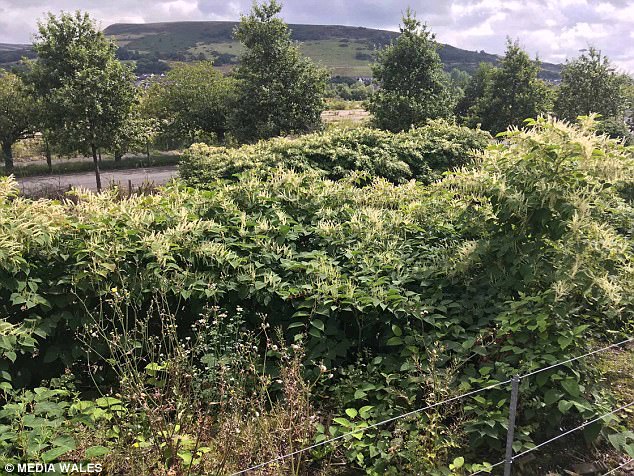 Mr Waistell holds Network Rail responsible for the damage as the aggressive plant grows extensively on a railway embankment behind his home.

He said that in order for the property to qualify for a mortgage again, he needs to secure a 10-year guarantee from Network Rail that they will treat the weed.

Mr Waistell claimed he will now be left to use the remaining £8,000 of his previous settlement on solicitors’ fees.

He said: ‘The money that will be spent from both sides, no matter who wins, would have been enough money to treat the entire weed from Maesteg to Bridgend and do it properly.’

It can take several years to bring Japanese knotweed under control using chemicals or other methods like digging out. 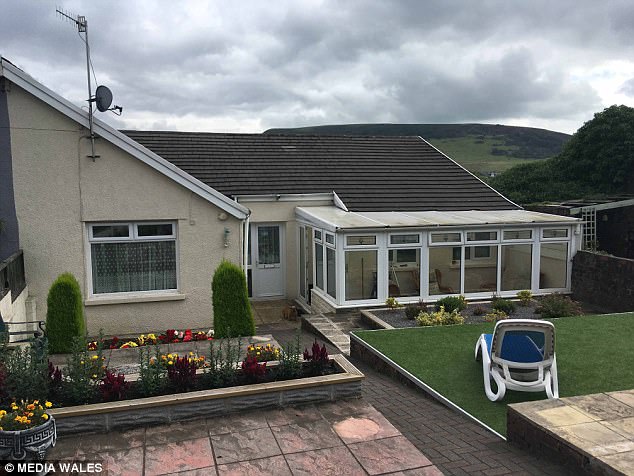 Robin Waistell, 70, said the destructive weed knocked £60,000 off the value of his bungalow in Maesteg, South Wales

Once removed it is classed as a controlled waste so can only be disposed of at licensed landfill sites or by licensed contractors.

The plant has become such a problem for homeowners, that a year ago scientists started releasing insects imported from Japan to control it.

Mr Waistell  said: ‘I hope it’s the end of the line and the court will come down on my side.’

His legal battle is seen as a test case, with his solicitor Rodger Burnett recently telling BBC Radio Four, that Network Rail could face a substantial bill from similar cases if they are found to be liable.

A Network Rail spokesman said: ‘Once reported to us, Japanese knotweed growing on our land and within seven metres of our neighbours’ is included in a chemical treatment cycle until there is no knotweed growth.

‘As we are appealing the court’s decision it would be inappropriate for us to say anything further at this point.’