A man has miraculously escaped with only moderate injuries after crashing his car into a tree in Sydney’s west on Christmas Eve.

Police have alleged that the 56-year-old driver had pulled up at a set of traffic lights, but accelerated away when officers tried to talk to him, according to Channel 9.

The wreckage of his Ford Falcon was found wrapped around a tree a short time later, and the officers he had been speeding away from became the ones to save his life. 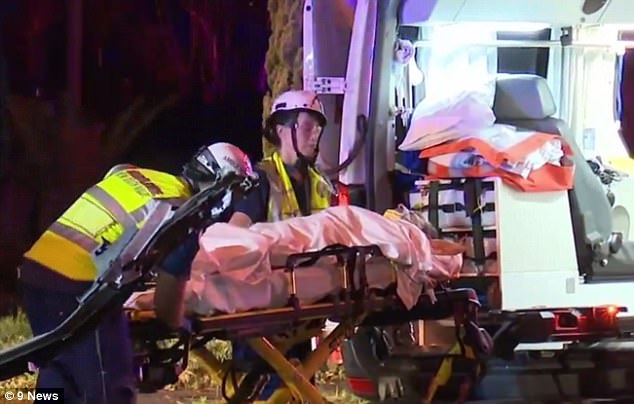 Emergency crews worked for more than two hours to treat the man’s multiple injuries and then extract him from the wreck on in Bungarribee Rd at Blacktown.

‘He was trapped in the vehicle for well over an hour,’ NSW Ambulance Service chief inspector Brian Purcell said.

‘He was stabilised by ambulance paramedics in the vehicle before being cut from the wreckage by Fire and Rescue NSW.’

The man was struggling to breathe and suffering from a broken leg and cuts to his arms when he was taken to Westmead Hospital just before 3am.

Police have launched a critical incident investigation after the crash, and they expect to question the driver once he is deemed medically fit. 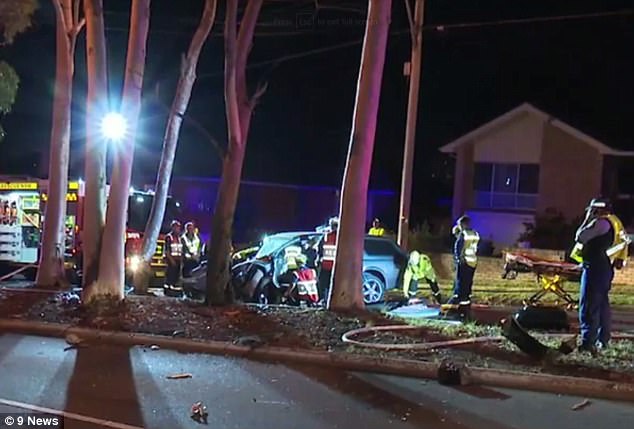 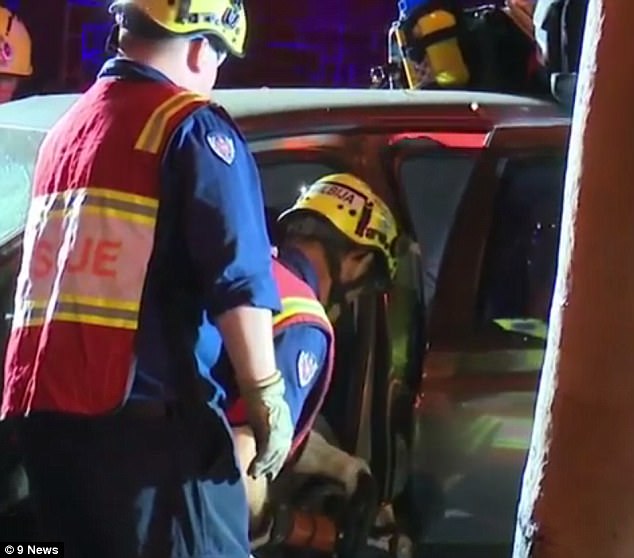 Officers will also determine whether speed played a factor in the crash after a local resident slammed drivers in the area for treating the road like a ‘drag strip’.

‘I got woken up by this bang, my wife came in and said it’s been a horrible accident out the front,’ he told 9NEWS.

‘They’ve got to be doing at least 100km/h on this road for that to happen.’