Australia’s death toll has jumped to 69 after four more people died from the deadly coronavirus.

A 74-year-old man from the north-west died at the Mersey Community Hospital in Tasmania.

An 83-year-old Queensland man, who was a passenger on the Celebrity Eclipse cruise ship, died in a Sydney hospital.

A 58-year-old woman died in Tamworth Hospital. The cause of her infection is still under investigation.

Queensland has recorded a total of five deaths from the deadly virus.

Tasmania now has the third highest death toll from coronavirus in the country, behind NSW and Victoria.

Hundreds of residents and staff at three nursing homes in the region were tested after it emerged a virus-infected healthcare worker did shifts at the facilities.

They also worked at two closed hospitals in Burnie at the centre of the outbreak, which is linked to almost 100 of the state’s 180 cases, including 60 health workers.

Test results of residents and staff in the three nursing homes in the North West where a healthcare worker had worked prior to testing positive are expected on Saturday.

Further testing is being rolled out in the northwest, and for far northwest and west coast communities, after federal authorities flew in to test at the nursing homes. 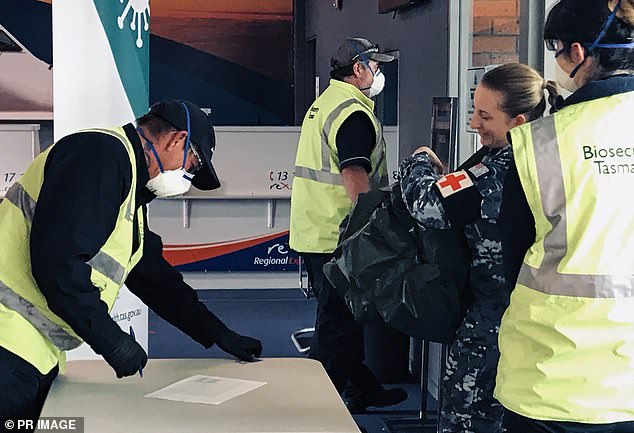 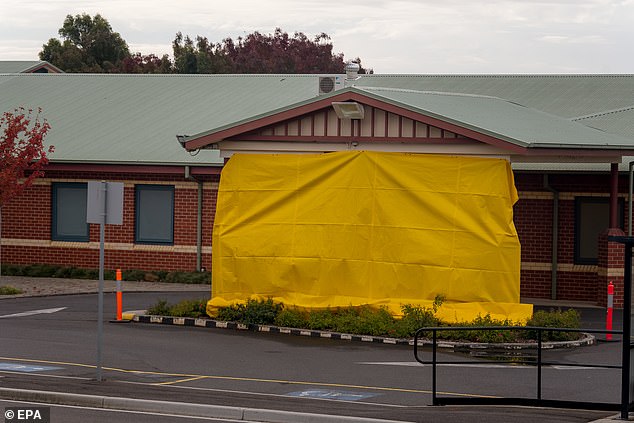 Premier Peter Gutwein said the state had already gone above and beyond national testing guidelines.

The two facilities are being subjected to a deep clean, with Australian Defence Force medicos and an AUSMAT team, usually used for international humanitarian relief, helping to provide services.

About 1200 healthcare workers from the hospitals were forced into quarantine earlier this week to mitigate the outbreak.

New modelling from the Doherty Institute has shown that COVID-19 is on the decline in Australia.

The research found that 93 per cent of all symptomatic cases of coronavirus in Australia are probably identified.

The fresh modelling also predicts that every 10 cases of coronavirus in Australia will produce just five more fresh infections.

‘Our best estimate at the moment in Australia is for every 10 infectious cases, they’re only reproducing another five and this shows our epidemic at the moment is in decline,’ the Doherty Institute’s epidemiology director Professor Jodie McVernon said.

‘That’s great because it shows the public health measures that have been in place have been very effective in limiting the spread of this disease. But it doesn’t let us be complacent.’