An eagle-eyed KFC customer was shocked to discover one of the fast food chain’s secret ingredients, claiming she thought the substance had been banned. 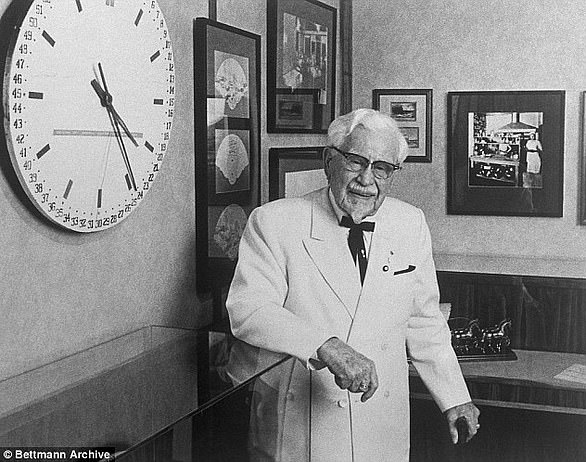 Colonel Harland Sanders, the founder of Kentucky Fried Chicken, is shown here as he celebrates his 88th birthday after inventing the popular 11 spices recipe that has been a closely guarded secret since the ’40s

The customer was left outraged and posted her displeasure on social media, sparking a heated discussion about the popular takeaway.

Facebook users were split, with some sharing their shock that MSG was the secret to KFC’s original recipe chicken, while others said it was OK in moderation.

‘I’ve read a few articles on MSG or Chinese restaurant syndrome. It was mainly an attack on ethnic communities by some who were just being racist! It’s OK in moderation! Umami seasoning is the same thing,’ a woman responded. 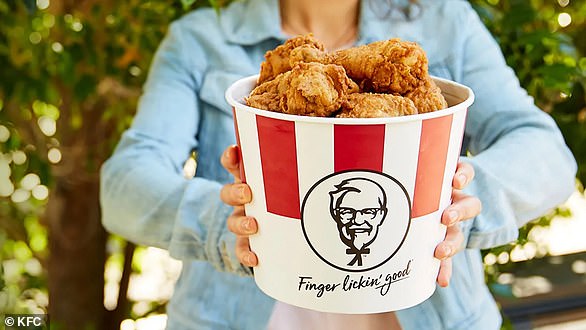 ‘I’m certain that MSG has never been banned, and all the myths surrounding it been bad for you have been disproven,’ another said.

Others who joined the debate were concerned about the additive being a crucial ingredient in the KFC chicken.

‘Yuck, no wonder I always feel sick afterwards,’ one wrote.

There have been extensive studies into MSG in the past 40 years but no medical bodies have found any convincing evidence it has links to serious illness or death in humans..

Many people say they experience adverse effects from eating foods with MSG in it, including headaches, sweating, fluttering heartbeats and nausea.

As a result, countries around the world ensure the additive must be approved for use before its used in products, and it must be clearly labelled.

A man in Mahad, northern India, was reported in 2017 to have lost his voice and ability to swallow after eating MSG.

According to a report in the Indian Journal of Critical Care Medicine, the 23-year-old went to hospital with a difficulty speaking and unable to swallow his saliva.

Doctors found his mouth had swelled up and blamed it on MSG in the Chinese fried rice he had eaten for dinner the night before.

The man complained of giddiness, sweating, and itching all over his body, but recovered in a few of days

‘Some of our food does contain MSG but rest assured, it’s only present at levels that are safe for the general population,’ the fried chicken chain say on its website.

‘It’s a recognised flavour enhancer that also occurs naturally in foods such as meat, fish, milk, vegetables, fruits and cheese.’

Food Standards Australia New Zealand say it has been conducting research into MSG for four decades and had deemed it safe.

‘Food Standards Australia New Zealand (FSANZ) reviewed the safety of MSG in 2003 concluding ‘there is no convincing evidence that MSG is a significant factor in causing systemic reactions resulting in severe illness or mortality’,’ the group say on its website.

‘In Australia and New Zealand, no food additive — including MSG — is approved for use in food until its safety has been established by FSANZ.

‘MSG and other glutamates are among a group of food additives that are generally permitted in foods, due to their safety.’