A body board rider has tragically drowned in front of shocked beachgoers on the NSW Central Coast.

Emergency services were called to Spoon Bay, south of Forresters Beach before before 2pm on Monday following reports a man had been pulled from the water unconscious.

It’s understood the man, 41 was body boarding in rough swells when he came off his board and sustained a head injury after he fell onto rocks at the northern end of the beach.

He was pulled to shore by bystanders still attached to his board by a leash, the Central Coast Express Advocate reported.

A lifeguard from nearby Wamberal Beach commenced CPR prior to paramedics arriving but the man died at the scene, despite the desperate attempts to revive him.

Three ambulance crews and the Westpac Rescue Helicopter responded to the incident.

The man is yet to be formally identified.

Brisbane Water Police will prepare a report for the Coroner. 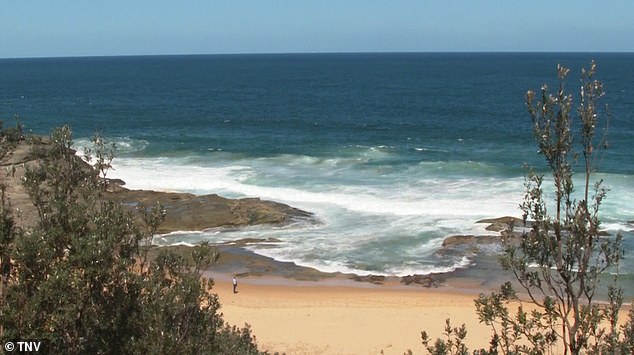 It’s understood the man was in rough swell when he came off his board and hit his head on rocks. Pictured is the scene south of Forresters Beach

Officers praised lifeguards and beachgoers for their desperate attempts in trying to revive the man.

‘Their efforts can be commended in the circumstances, they responded as soon as they were notified and despite their best efforts the male could not be revived,’ Brisbane Water Chief Inspector Paul Nicholls said.

It’s understood the man was at the beach with one other person.

‘We are still investigating the circumstances of when he arrived, who he arrived with and what led up to before he went into the water,’ Chief Inspector Nicholls said.

‘That will form part of our investigation.’

The unpatrolled beach is notorious for its dangerous current and strong rips and has been the scene of previous drownings.

There have been growing calls for the beach to be patrolled after a local mum and her three children almost drowned in a rip in January. 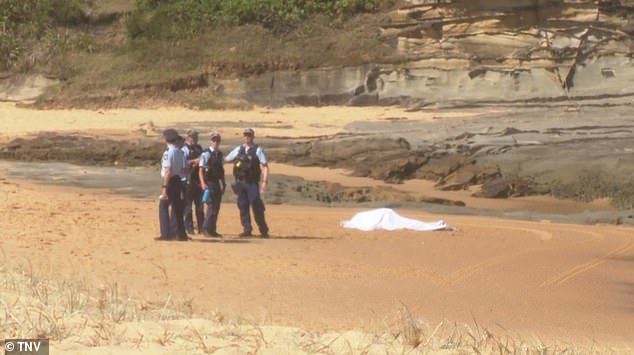