A man who lied about having cancer to escape a prison sentence put a blue straw down his pants to trick a court into believing it was the top of a colostomy bag.

David Andrew McArthur, has been due to serve a seven month sentence in 2015 for deceit, theft and dishonestly dealing with stolen property.

The sentence was suspended with a good behaviour bond that McArthur subsequently broke which should have landed him in jail.

But in an unbelievable ploy to escape a prison term he lied to the court about having cancer, fooling his own lawyer and the magistrate.

At a sentencing hearing on Tuesday, Port Adelaide Magistrates Court heard how the 51-year-old took a hospital discharge form from a man with cancer and passed it off as own, The Advertiser reported.

‘Despite your counsel’s submissions, there was nothing really amateurish about falsifications … the substitution was not obvious to the solicitor who was acting for you,’ Judge Barrett said.

‘Although the magistrate might not have had much opportunity at that stage to look at the document, he did not regard it as suspicious either.’

The court heard how McArthur had clocked up a six-page criminal record in total which was littered charged like giving false names to police and dishonestly dealing documents.

His 2015 sentence was suspended and he was ordered with a good behaviour bond and to remain drug-free for 15 months.

The bond was extended after McArthur continued to return positive samples of amphetamines.

McArthur attempted to fool legal authorities when he faced court with a lawyer to defend breaching his good behaviour bond through continued drug use on June 21, 2018.

The 51-year-old had ‘obtained a hospital discharge form’ from a man who lived near his father.

The form was altered to include his name and indicated he had cancer when McArthur faced court again.

McArthur told his lawyer he had ‘severe medical problems’ and backed up it with the incomplete discharge form.

He even put a straw down his trousers to fool the court into believing it was the top of a colostomy bag.

But the prosecution did not accept the incomplete form and the case was adjourned. 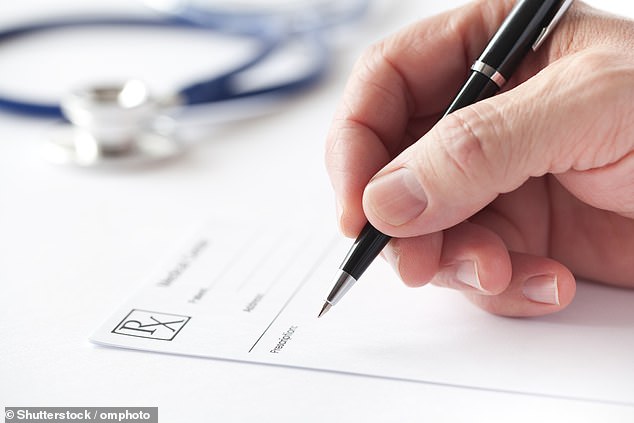 MacArthur managed to fool his lawyer and the magistrate but the police prosecutor uncovered the fraud after calling the hospital.

He was taken into custody on August 21 and charged with ‘using medical documents known to have been altered with the intention of influencing the outcome of judicial proceedings’.

Judge Barrett said there would have been a miscarriage of justice if the prosecutor had not been diligent.

McArthur’s was sentenced to two years, three months and 14 days in prison, including the previous suspended sentence, with a non-parole period of one year, one month and three weeks.