Twitter user Theodore Gussie took to the social media platform on Wednesday, June 26, to reveal that he often edits his girlfriend Adilene Venegas’ face to make her forehead appear larger in photographs when she irritates him.

The Chicago-based user, who goes by the username @Tgflx1, shared several examples of his work in the now viral tweet, and fellow social media users can’t get enough of the hilarious tactic.

Funny! Twitter user Theodore Gussie revealed that he often edits photographs of his girlfriend to make her forehead appear larger if she has annoyed him 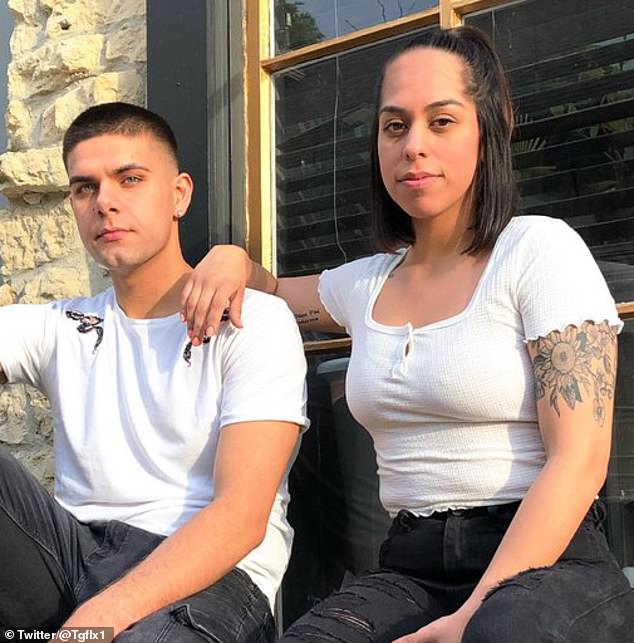 Humorous! The Chicago-based user (L), who goes by the username @Tgflx1 , shared several examples of his work in the now viral tweet

Entertaining: Theodore said he usually doesn’t post the photographs, however, after seeing how much attention his first photo received, he decided to share some other examples 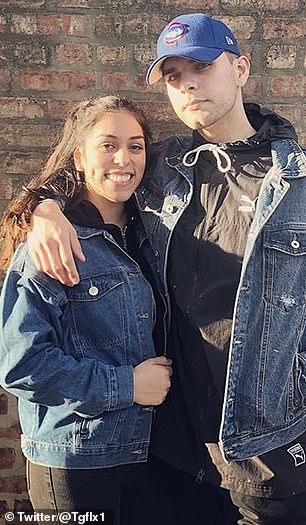 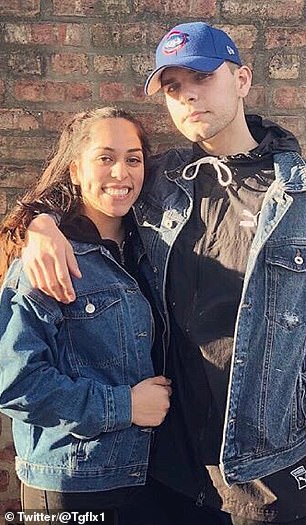 Comparison: He shared a before (L) and after (R) photograph of himself and Adilene, after he edited the second photo to make her forehead look larger than it is in real life

Theodore’s tweet read: ‘Sometimes when my girl makes me mad I upload pictures with her forehead edited to be slightly bigger.’

He shared an example of a photograph he had edited, in which Adilene’s forehead was edited to look significantly larger than normal.

Clearly noticing the interest others had in his hilarious tactic, he shared several other examples of his work.

He revealed that he adjusts the size of Adilene’s forehead depending on how angry she has made him.

‘I normally don’t post them but this is an actual thing I just slightly or drastically inflate her head depending on the anger level lol,’ he said.

He shared two sets of comparison images. Two images were unedited photos of himself and Adilene.

Meanwhile the following two photos showed how he had used editing tools to alter his girlfriend’s face. 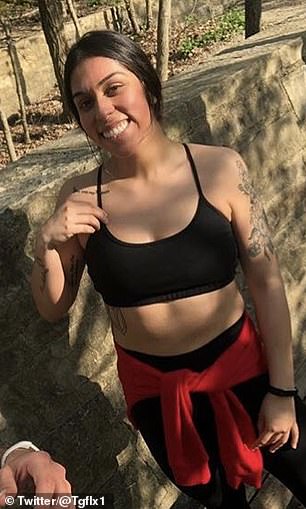 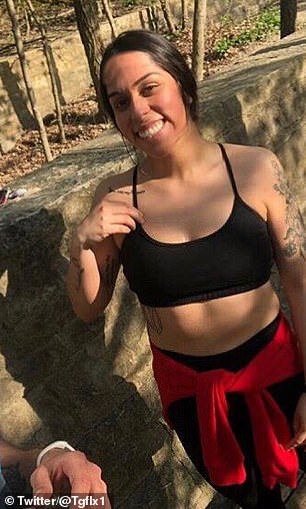 Tactic: Since Theodore shared his tweet it has gone viral, garnering over 260,000 likes, 46,000 shares and thousands of comments

Love: After seeing how much attention his hilarious tweet garnered, Theodore jokingly tweeted that Adilene’s ‘heart is bigger than her head’, before adding that he loves her

Lighthearted: Adilene responded to the viral tweet, jokingly saying that although she ‘can never forgive’ Theodore, she does love him anyway

Similarly, it has accumulated over 1,000 comments.

Many users found the tactic entertaining, as one wrote: ‘If it’s someone that deserved the spot light for most goofiest it’ll be you.’

One other user said: ‘This made me laugh out loud for five minutes.’

Another user branded the photographs ‘masterful work,’ while another said: ‘I’m mad I never thought of this.’

And it looks like the Chicago-based Twitter user isn’t the only person to have come up with a creative way to get back at their partner.

One user shared photos of himself and his wife, explaining that he used to edit her face in photographs.

‘Dude I used to edit my wife’s face in pictures and she never thought it was as funny as I did,’ he said. 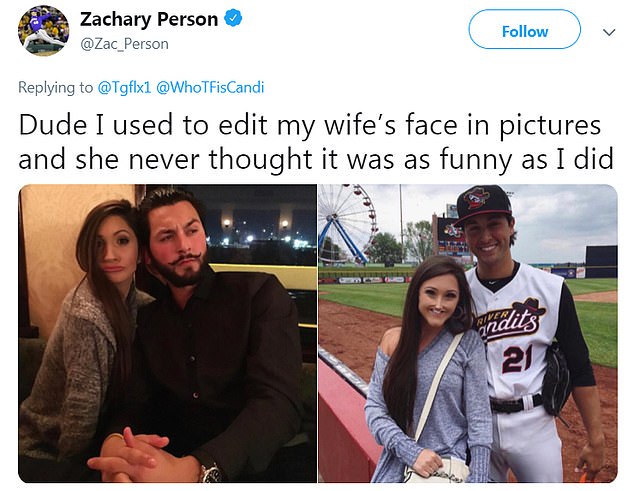 Entertained: Over 1,000 comments racked up on the tweet, including comments from people praising Theodore for his funny sense of humor, as well as others who use a similar tactic

Relationship psychologist John Gottman said couples who use humor to combat an argument tend to be more successful than those that don’t.

He wrote on his blog, The Gottman Institute, that using humor in an argument can break the tension between those involved.

‘It’s pretty easy to get caught up in the power of a single argument, but what if you took a few steps back to explore the anatomy of all your arguments,’ he wrote. ‘How do they start? How do they escalate? How do they go off the rails? How do they end?

‘If you could map them out, understand them, predict them, perhaps you could defuse them. Kindness helps.

‘It can pave the way to repair and remind you that your relationship is bigger than your argument. Humor helps. It can break the tension of the moment and provide the opportunity to connect anew.

I’m not suggesting that some arguments aren’t worth pursuing. About 31% of them have to be addressed. It could be your anniversary. Her affair. His addiction.

‘Whatever it is, whenever you can solve an argument, do. Whenever you can’t, recognize and remember that you’re normal, that kindness and humor help, and that in the end, perspective is key,’ he added.