Man gets stuck up to his knee in Brooklyn crosswalk

A gentleman who was on his way to work in New York City ended up becoming trapped in the street after the ground gave way beneath his feet.

The man was on his way back to work mid-morning when he felt the asphalt beneath him break away as he made his way across a Brooklyn crosswalk.

The man was crossing the street near Myrtle Avenue and Walworth Street in the Bedford-Stuyvesant area of the borough shortly before noon when the pavement collapsed around him. 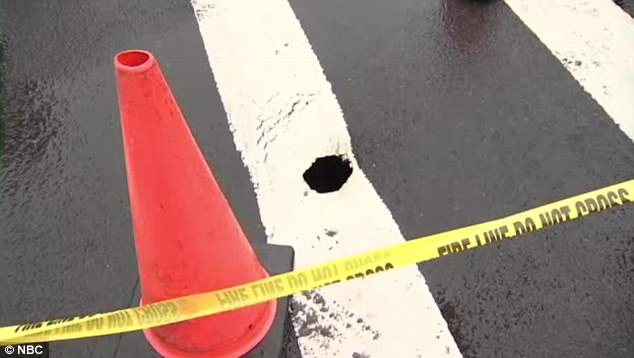 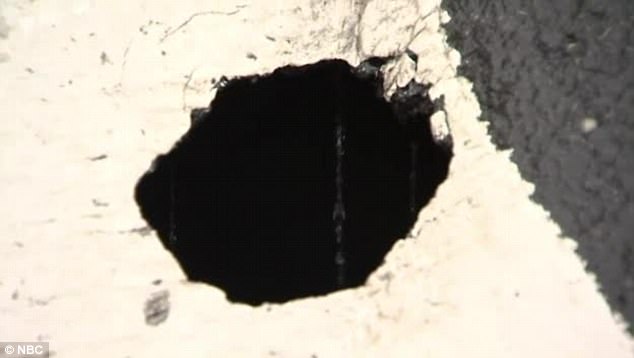 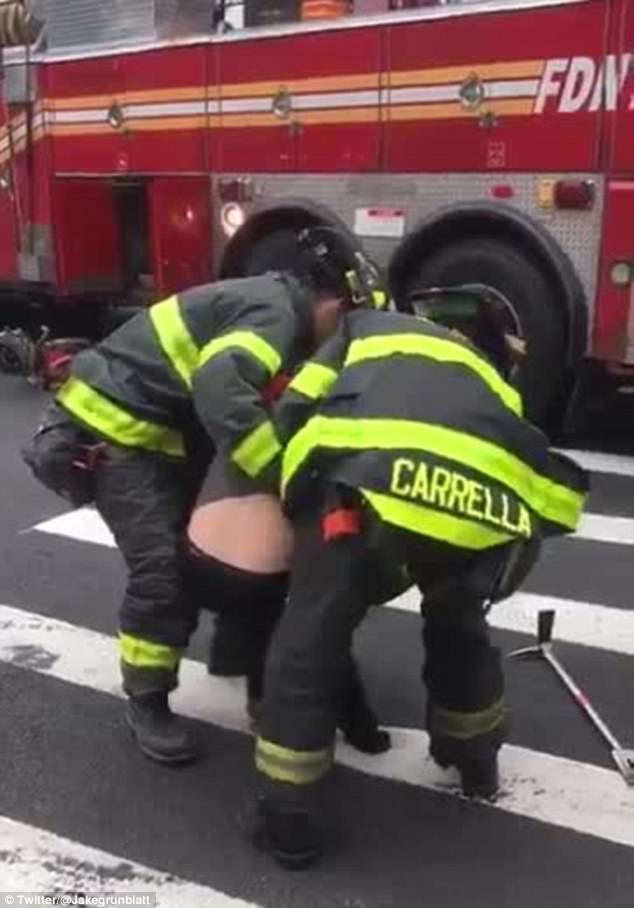 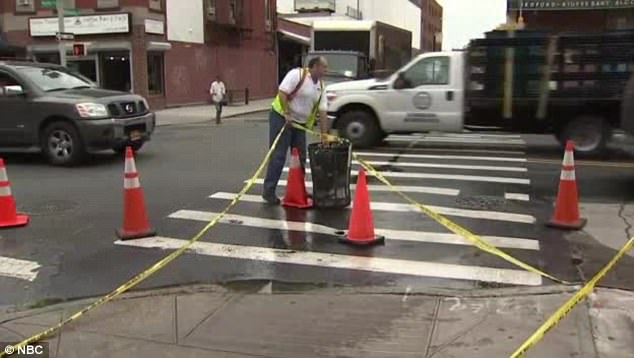 The man’s leg was trapped in a sinkhole at the intersection of Myrtle Avenue and Walworth Street, fire officials said

Although the size of the hole appeared to be no larger than a softball, the man’s leg ended up falling through the crack and became stuck as far as his knee.

The man’s father even took a photo of his son looking very distraught.

‘From what I understand he was walking and the ground gave way. I ran over there and he was stuck in the ground, and the fire department was just arriving when I got there,’ said Joe Grunbaum of Kings County Autobody to DNA Info.

‘It almost looked like he didn’t have a leg. He seemed to be in a lot of pain.’

Another witness heard the victim say his foot had gone numb while awaiting rescue. 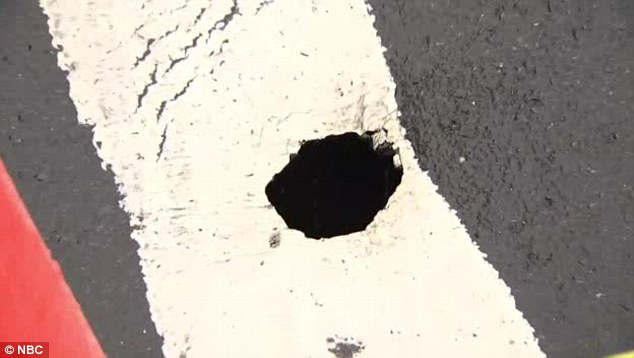 The street collapsed under the man’s foot, leaving him painfully trapped and nearly thigh-deep in the pavement. 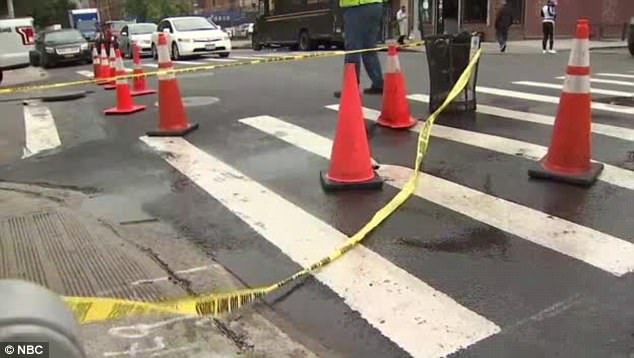 It is not known how long the man had been trapped for, however emergency crews had to come by and pull him out.

The man was taken to a hospital complaining of leg and back pain.

‘He said he couldn’t feel his foot,’ said construction worker Danny Flores, 26, who lives nearby. ‘I thought he didn’t have no leg when I first saw him. It’s scary because his whole body could have fallen in.’

Crews were busy repairing the street on Tuesday afternoon.