By Sophie Inge For Mailonline

And this man certainly wasn’t making his friends’ shopping trip to IKEA any easier as he harassed the couple with terrible puns.

A video clip of the trip shows the man butchering the Swedish language one word at a time as he follows them around the store. 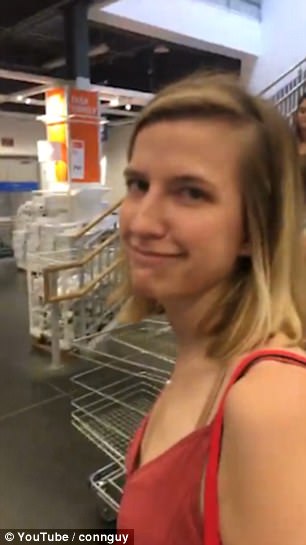 The friend first approaches his friend Bekah with some plastic boxes, before asking her: ‘When did you stop being such a Pruta?’ But she isn’t so amused

‘Bekah,’ he begins, approaching his friend’s girlfriend with some plastic boxes. ‘When did you stop being such a Pruta?’

He then approaches his best friend with an extension cord, asking him: ‘Do you want a Koppla these?’

To the couple’s exasperation, he returns clutching a box of saucepans, saying: ‘I hope you like puns because Oumbärlig getting started.’

And he wasn’t lying. 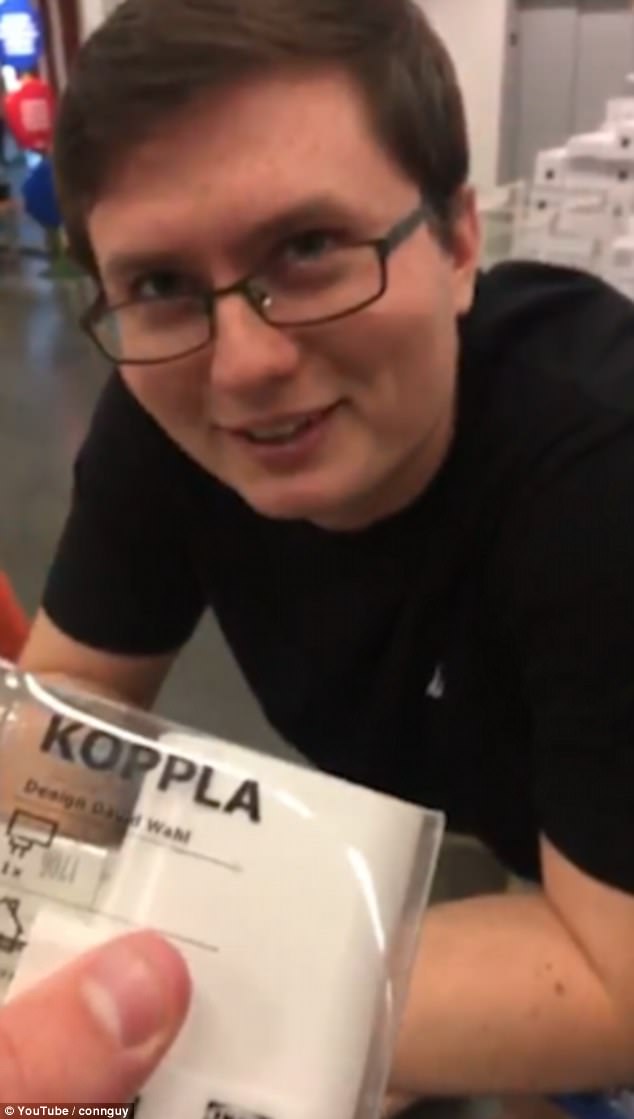 Approaching his best friend with an extension cord, he asks him: ‘Do you want a Koppla these?’

‘Bekah come back,’ he says, pointing to a pile of chopping boards. ‘Legitim I’m not going to stop.’

Other examples of his wordplay include a pillow that is too ‘Gurli‘ and a ‘Ravnsö’ rug that sounds suspiciously like the Disney show ‘That’s So Raven’.

Soon, however, his best friend can’t resist joining in the fun.

Pointing to a throw, he says: ‘You should really find a way to Strimlönn these puns.’

And it doesn’t stop there.

Pointing to a box of flat-packed furniture in the warehouse, the friend says: ‘There’s a severe Lack of puns on these shelves,’ before asking the couple when they are going to get ‘Maryd‘. 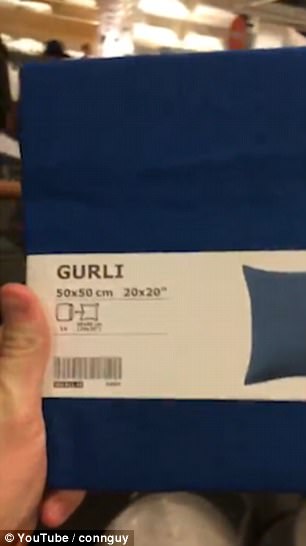 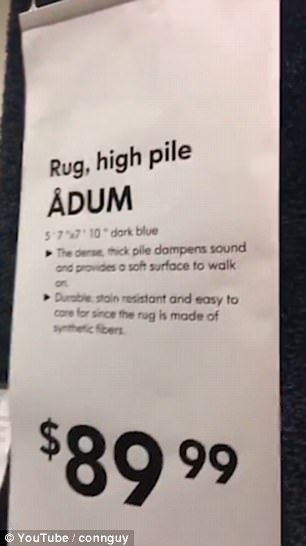