Man is charged over horror crash that killed pregnant woman, 21, and her unborn baby

A man has been charged over a horror crash that killed a young pregnant woman and her unborn child.

Maddie Morgan, 21, was the passenger of her boyfriend Jack Bryant’s Nissan Skyline when it was T-boned by a Ford Falcon sedan in Mahogany Creek in Perth about 7.45pm Friday.

The driver of the Falcon, a 23-year-old man from Swan View, has been charged over the crash and is due to face court on June 17.

Mr Bryant, 23, was turning off the Great Eastern Highway when the Ford, which was coming down the hill, smashed into them. 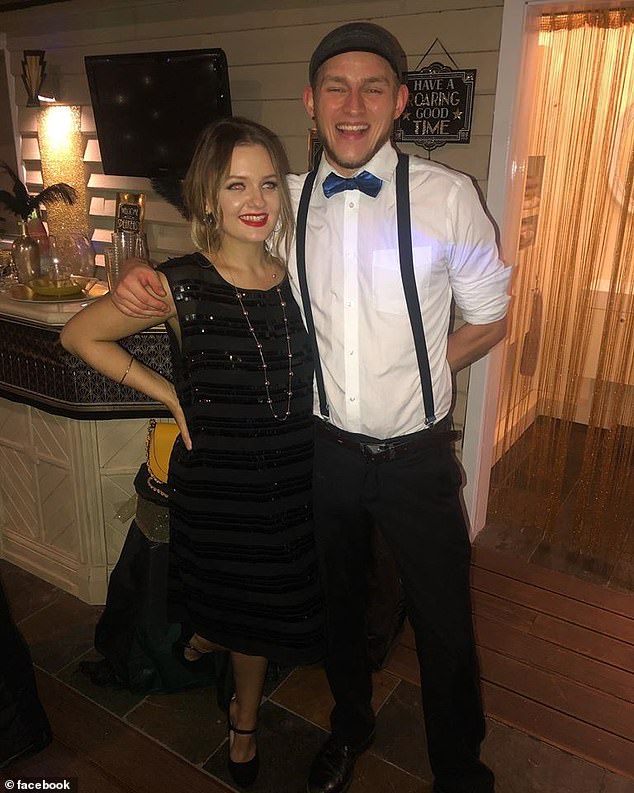 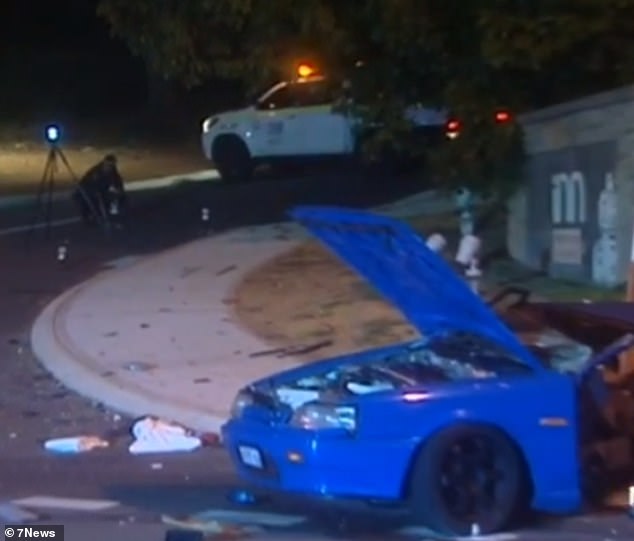 The impact split the Skyline in two and Ms Morgan was rushed to hospital where the child was delivered, but both died.

Mr Bryant is still in hospital with serious head and chest injuries.

An off-duty nurse who was travelling behind them witnessed the crash and helped the couple before paramedics arrived.

First responder John Walker said: ‘My heart goes out the to the family, it really does.

He also told 9News that the sound of the crash was like ‘a bomb going off’.

Miss Morgan, who was the front seat passenger was taken to Midland Hospital but died a short time later. 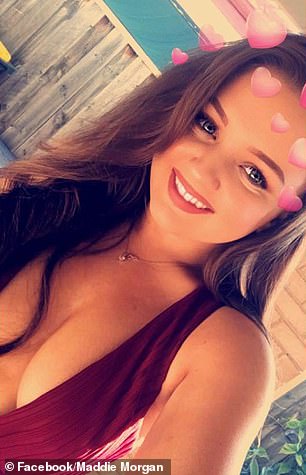 The horrific crash killed Miss Morgan and her unborn baby

Mr Bryant was taken to Royal Perth Hospital where he is recovering from serious head and neck injuries.

It is understood he woke from a coma last night but it is not known if he was told about his girlfriend’s death, the Western Australian reported.

The couple’s Skyline was found split in two with wreckage from the car strewn around the crash scene.

The 23-year-old Ford driver and his 19-year-old passenger were also rushed to hospital with serious injuries.

A third female teenage passenger was miraculously unharmed in the accident.

The driver has since been discharged from hospital and will be questioned by police, Nine News reported.

Friends of Miss Morgan and Mr Bryant visited the crash scene on Saturday and lay flowers for them.

‘He was happy to be a dad and happy to be starting this new stage in his life,’ one friend told 7News. 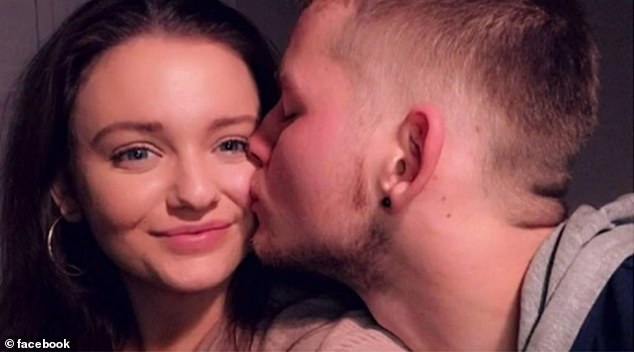 Maddie Morgan, 21, was eight-months pregnant and travelling with boyfriend Jack Bryant, 23, (both pictured) when their their Nissan Skyline was T-boned by a Ford Falcon sedan

‘To just take it away like that, it’s not even fair.’

Kala Kinley said: Rest in Peace Maddie…you will be missed you beautiful girl. I’m so sorry this happened to you.

Mirelle Veenhoven-van Gemeren said: ‘So horrible, rest in peace Maddie, was shocked when your son told us about it, both close mates of him. Condolences to the family and all friends.’

Petrina Tennent said: ‘So very sad such a tragedy! RIP. Young life cut so very short. Condolences to all family and friends.’

Anyone with dashcam footage or witnessed the crash is urged to come forward. 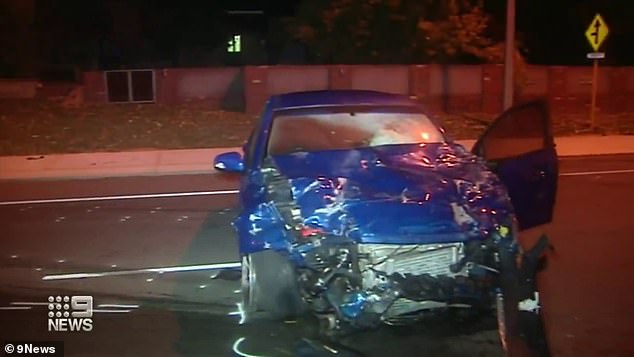