Man ‘killed his hospitalized mother in front of stepdad’

Son charged: Travis Frink, 48, has pleaded not guilty to first-degree murder after police say he walked into a New Hampshire ICU and shot dead his hospitalized 70-year-old mother

A retired US Marine and former IBM programmer has pleaded not guilty to first-degree murder after his stepfather said the 48-year-old man fatally shot his own mother in a New Hampshire, then walked away without uttering a single word.

Travis Frink, of Warwick, Rhode Island, appeared in court on Wednesday and was ordered held without bail in the slaying of his mother, 70-year-old Pamela Ferriere.

Ferriere, of Groton, was shot multiple times on Tuesday at Dartmouth-Hitchcock Medical Center’s intensive care unit in Lebanon, New Hampshire, where she was being treated for a brain aneurysm. She was expected to be released Friday.

Frink, dressed in a red shirt, was handcuffed and said nothing during the brief arraignment Wednesday in Grafton Superior Court in North Haverhill.

Prosecutor Jane Young asked that Frink have no contact with his stepfather, Robert Ferriere, who told police he saw Frink point a gun at his mother and fire several shots before silently walking away.

Defense lawyer Rebecca McKinnon agreed to the request. She declined to comment afterward. 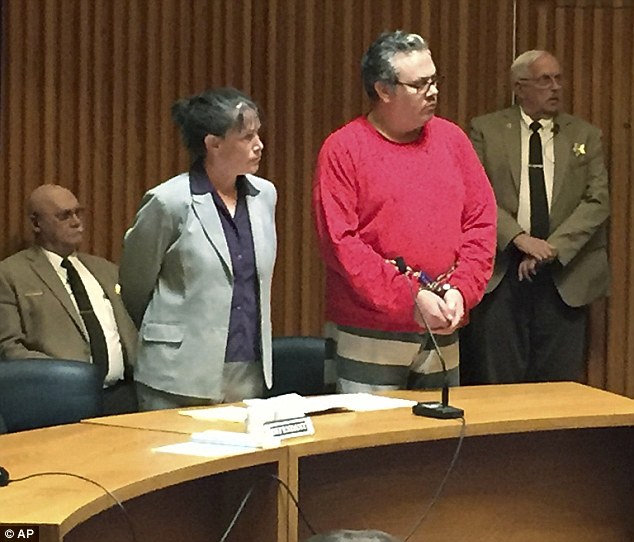 A police affidavit says Frink told officers he went to the hospital for the purpose of killing his mother. No reason or motive was given.

When Frink went to visit her Tuesday, his stepfather, Robert Ferriere, was in the room and he asked to spend some time with his mother, authorities said.

Ferriere asked his wife if that was OK and she indicated yes, the affidavit said. As he was leaving the room, he heard her shout or scream something, then turned and saw Frink pointing a gun at her, the affidavit said. After several shots were fired, Frink walked out of the room without saying anything, Ferriere told police.

Pamela Ferriere’s nurse called 911, saying a visitor had pulled out a black handgun. When she saw the gun, the nurse ran and took shelter in a different room. She then heard two gunshots, followed by screams.

When asked about the shooting Wednesday morning by The Associated Press, Robert Ferriere said he had no idea why it happened.

‘I’m not a mind reader,’ he said, before hanging up.

Frink was taken into custody as he tried to leave the grounds of Dartmouth-Hitchcock, authorities said. 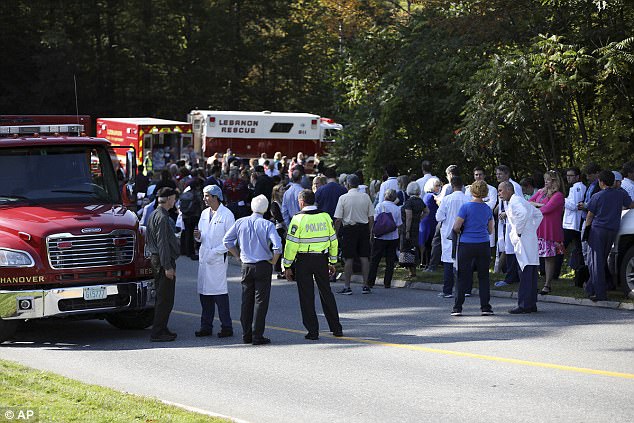 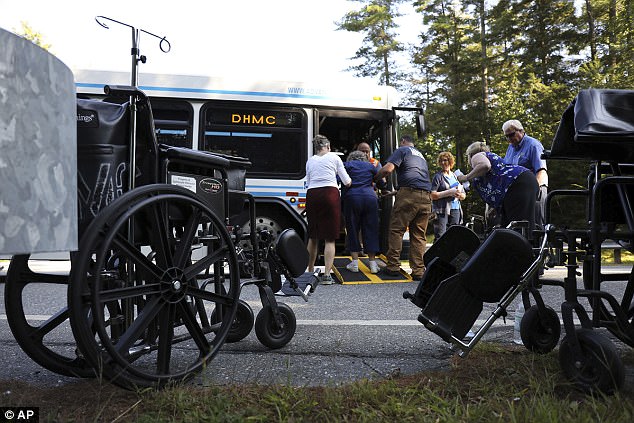 The shooting sparked panic at the hospital as employees and patients were evacuated into the parking lot. Frink was detained as he tried to leave the grounds of Dartmouth-Hitchcock

The affidavit said Frink also visited his mother earlier in her hospital stay. The nurse who called 911 told police she had been his mother’s nurse for the past two weeks.

Frink suffered a devastating loss in 2013 when his ex-wife, Kathleen Frink, 39, and 3-year-old son, Ryan, were found dead inside a running car at an apartment complex in Rhode Island.

According to reporting by the Providence Journal, police said that when officers opened the door of the running car with fogged windows, they found the inside of the vehicle very hot and smelling of alcohol and vomit.

Police suspected alcohol played in a role, but foul play was ruled out.

Court records review by the Journal indicated that Travis and Kathleen got married in 1997 and had four children together. In 2006, the husband filed for divorce, citing irreconcilable differences.

Several of Frink’s neighbors in Warwick said he mostly kept to himself. An uncle of Frink’s said he was ‘into karate.’

Tuesday’s shooting sparked panic at the hospital as employees and patients were evacuated into the parking lot and a brief lockdown was ordered. People were told to avoid the area around the hospital, and traffic was stopped on a route leading to it. 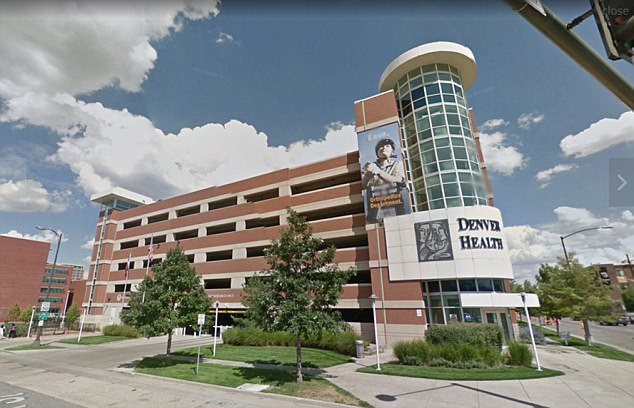 Joanne Conroy, the president of Dartmouth-Hitchcock, praised her staff for its response and said everyone had taken part in several active-shooter trainings in the past.

She said the medical center planned a town hall meeting for employees Wednesday to discuss next steps as workers recover from the ‘traumatic event.’

‘The facts gathered to this point reveal that the purpose of Mr. Frink’s visit to the hospital today was to kill his mother,’ MacDonald said, adding that the crime scene was still being investigated and that more than one shot had been fired. ‘No other patients, visitors or staff were physically injured as a result of the incident today.’

Frink was detained as he tried to leave the grounds of Dartmouth-Hitchcock, authorities said.

Rhode Island state police said the shooting suspect’s car had Rhode Island plates so police in New Hampshire reached out to the state’s Fusion Center, an information center under the command of the state police that also involves representatives from local, state and federal agencies. The center helped identify the suspect as a Rhode Island resident. 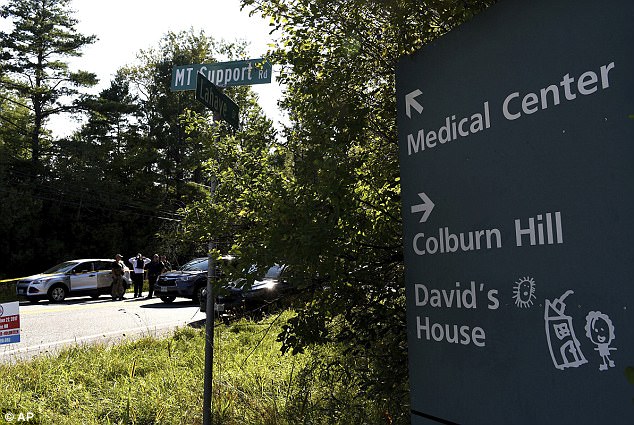 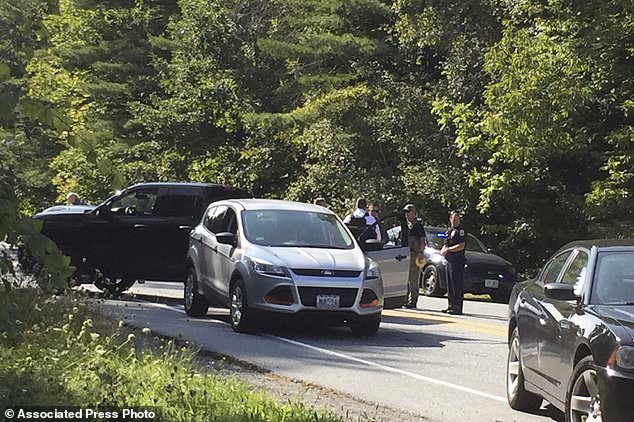 Frink, the suspect in an active shooter incident at Dartmouth-Hitchcock Medical Center was pulled from a grey Ford Escape on Tuesday