A Massachusetts man accused of participating in a plot to behead conservative blogger Pamela Geller was an overweight attention-seeker who became consumed by Islamic State group propaganda in a desperate bid to escape his own bleak reality according to his defense attorney.

David Wright is accused of conspiring with his uncle and a third man to kill Geller, who angered Muslims when she organized a Prophet Muhammad cartoon contest in Texas.

The plot was never carried out.

Wright also wanted to carry out other attacks in the U.S. and encouraged his uncle to kill police officers according to officials.

David Wright (above) is accused of conspiring with his uncle and a third man to kill Pamela Geller, a conservative blogger with is anti-Islam 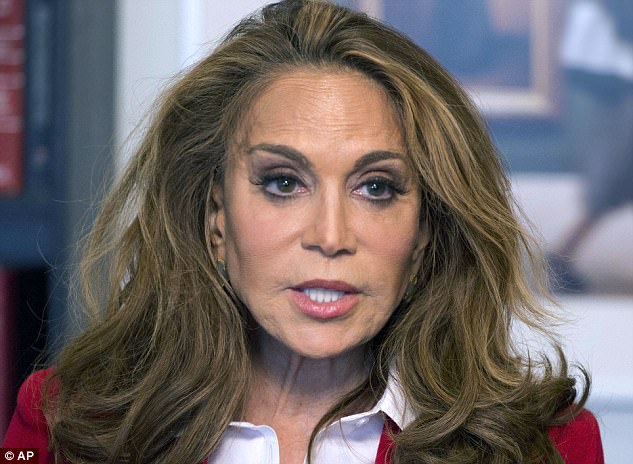 Wright also wanted to carry out other attacks in the U.S. and encouraged his uncle to kill police officers according to officials (Geller above)

At his trial on Wednesday, Wright’s attorneys sought to portray the the defendant as a lost young man who had poor judgment but is not a criminal.

When Wright was allegedly plotting with the other men, he weighed more than 500 pounds, lived with his mother and had no career, his attorney said during her opening statement.

Jessica Hedges went on to state that in the online world of the Islamic State group, he found acceptance and an escape.

As for the threats, Hedges said it was only talk.

‘In 2015, David felt very, very fat, very failed, and was living in a world of fantastical ideas,’ Hedges told jurors at the federal courthouse in Boston.

Wright, of Everett, is charged with obstruction of justice, conspiring to provide material support to a designated foreign terrorist organization and conspiring to commit acts of terrorism transcending national boundaries.

The latter charge carries a penalty of life in prison.

Prosecutors said Wright, his uncle, Usaamah Rahim, of Boston, and another man agreed to kill Geller in the summer of 2015 after the cartoon contest in suburban Dallas, Texas.

Two men opened fire outside the contest and wounded a security guard before they were killed in a shootout with law enforcement assigned to guard the event.

In May of that year, Wright met with Rahim and Nicholas Rovinski, of Warwick, Rhode Island, for more than two hours on a secluded Rhode Island beach and discussed plans to kill Geller, according to the indictment. 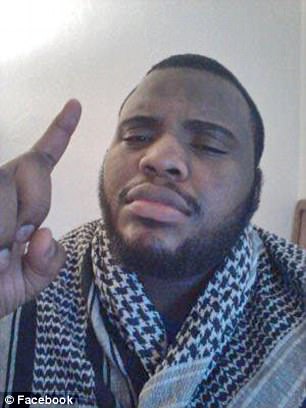 He weighed more than 500 pounds, lived with his mother and had no career when he planned the murder

Wright encouraged his uncle to attack police and die a ‘martyr,’ instructing him to destroy his cellphone and wipe all the data from his computer said Siegmann.

That same day, Rahim was approached by officers in a Boston parking lot and was fatally shot after he pulled out a knife and moved toward them.

Authorities say Rahim received instructions about the plot to kill Geller from Junaid Hussain, an Islamic State member and hacker who was later killed in an airstrike in Syria.

Prosecutors say that Rahim then passed along Hussain’s instructions to Wright.

The prosecutor said Wright wanted to wage additional attacks in the US and inflict more damage than was caused by the Boston Marathon bombing because, in his words, ‘that was not sufficient.’

Wright told another person online that he was one of dozens of Islamic State fighters in the U.S. who were ready to act according to Siegmann.

The person Wright was chatting with was secretly working for the FBI and is expected to testify later in the trial.

‘The evidence will be overwhelming that the defendant was committed to murdering U.S. citizens,’ said Siegmann.

Rovinski pleaded guilty in September to conspiracy charges and faces a sentence of between 15 and 22 years.

Wright, who wore a blue collared shirt and black vest, looked down at a table and showed little emotion while the lawyers spoke.

His attorney conceded that many of the things Wright read and said are ‘upsetting,’ but pointed out that her client never injured anyone and his words alone are not enough to convict.

‘Freedom of speech matters in the United States,’ said Hedges.