Man, 57, pleads guilty to strangling and fatally stabbing a mom-of-five retired doctor while on parole after spending 30 years in prison for murdering his stepmother

A California ex-convict who spent nearly 30 years in state prison for brutally killing his stepmother on Monday pleaded guilty to stabbing a retired doctor last year.

The Los Angeles County District Attorney’s Office announced the resolution of the case in a statement, saying that 57-year-old Timothy Chavira pleaded guilty to murder along with a special circumstance allegation that he was previously convicted of first-degree murder.

Chavira was immediately sentenced to life in state prison without the possibility of parole for the December 2019 killing of Dr Editha Cruz de Leon, 76, a wife, mother-of-five and grandmother. 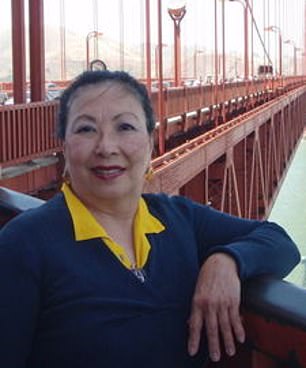 At the time, Chavira had been out on parole for more than two years stemming from his 1987 murder conviction for the killing of his stepmother.

On December 7, Cruz de Leon was at her home in the 3800 block of North Van Horne Avenue in Los Angeles when Chavira somehow made his way inside and attacked her, using a sharp object to stab the elderly woman to death.

A spokesperson for the DA’s office told NBC News Chavira and the victim knew each other ‘but there was no type of relationship between them.’

Chavira was previously found guilty at trial of first-degree murder for stabbing and clubbing to death his stepmother, Laurie Ann Chavira, in August 1986. 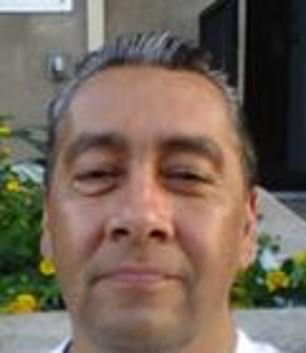 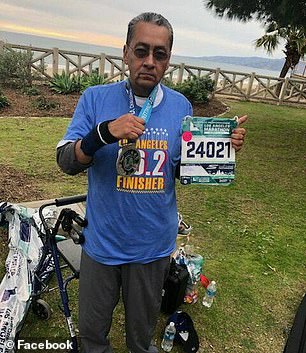 At the time of the killing, Chavira had been out on parole for more than two years stemming from his 1987 murder conviction. Chavira is pictured in 2018 after apparently finishing the Los Angeles Marathon

According to a Los Angeles Times report, Chavira, then aged 23, used the leg of a table or chair to bludgeon the woman, and also stabbed her in the chest.

Her badly decomposed body was discovered 11 days later inside the trunk of an abandoned car.

‘The only motive I could come up with was hatred,’ then-Deputy District Attorney David Demerjian said of the killing at the time.

Chavira was sentenced to 26 years to life in state prison and was released on parole in July 2017.

According to her obituary, Cruz de Leon was a native of the Philippines who immigrated with her husband in 1970 to the US to pursue a career in medicine.

After completing her residency and becoming an OB/GYN, she and her family moved to Indiana and eventually California, where she worked until retirement while raising her five sons.

As a retiree, Cruz de Leon traveled the world and pursued her hobbies, including gardening, cooking and wine tasting.

The victim’s loved ones will be given a chance to read their impact statements on July 20.