A snake catcher trying to help the lost reptile return to its habitat was thanked by being covered in excrement.

The keelback snake was caught by Stuart McKenzie from Sunshine Coast Snake Catchers 24/7 at a backyard in Mudjimba.

Mr McKenzie said he was admiring how ‘gorgeous’ the serpent was when it sprayed white poo all over him.

‘We were called to Mudjimba this afternoon for a brown snake curled up in the backyard,’ Mr McKenzie captioned the video, adding it was actually a keelback.

‘The property owner has a lot of dogs around for her job and decided it was safer to have it relocated.’

He said he found the ‘fat and long’ freshwater snake down the side of the house in long grass.

‘This thing was one of the biggest Keelback I have ever relocated … I was explaining how big and gorgeous it was before it decided to shit ALL over me, and it stank,’ he said.

The video showed Mr McKenzie pulling the snake from the bag to let it into the bush, when its tail started to twist and it pooed all over his pants.

‘Oh no! That’s not even funny,’ he said as the cameraman laughed.

‘I was just saying how nice you were. Bastard. It’s not funny. I’m not even gonna talk about how big and beautiful you are you silly snake. Bugger off,’ he said while releasing the snake. 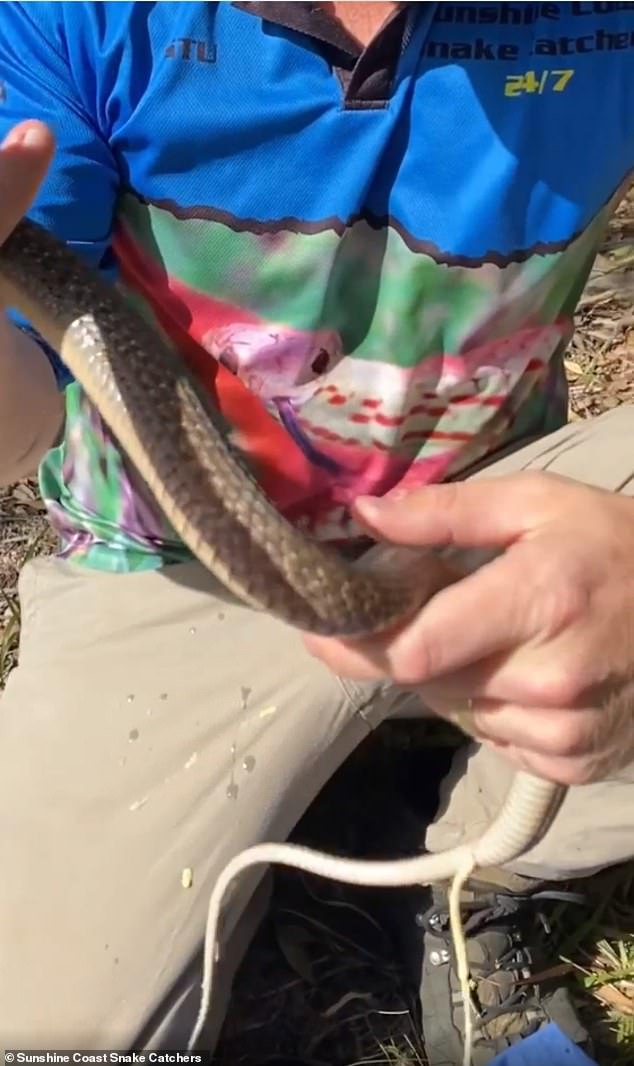 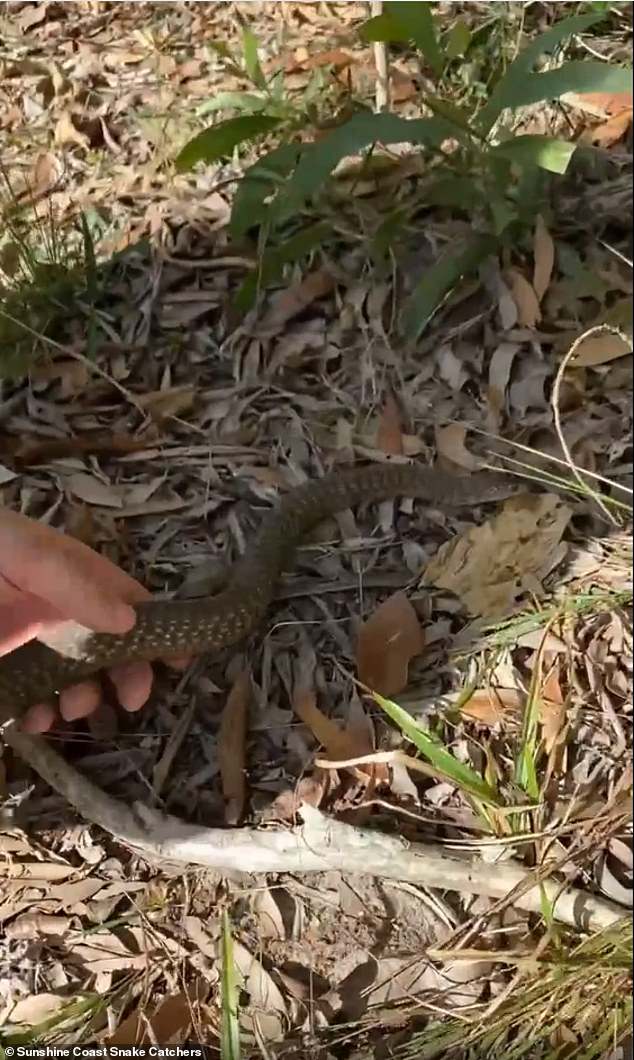 The snake was then released to safety, as the snake catcher told him to ‘bugger off’ while gently placing him down