A father of five has been robbed of $500,000 in cash before being run over by the perpetrators’ getaway car.

The man was reaching into the boot of his car outside his Ostend Street home, in Lidcombe, Western Sydney, about 9.45pm on Monday when he was robbed.

The Vitim owns a money transfer business and was taking home the large float after being unable to deposit it in the bank. He was approached by a man who grabbed the bag and fled on foot.

He chased the robbers for about 50 meters before being run over by their get-away car, a white sedan.

A businessman has been robbed of $500,000 in cash before being run over by the perpetrators’ getaway car as he gave chase (pictured) down the Western Sydney street

His children could hear his screams from inside their home but were too scared to come out.

‘I just thought my dad had died, something bad had happened. My heart was stopping and I was just screaming for my mum to come,’ one of his daughters told 7News.

‘I thought he was being dragged by a car or was being hurt because the car was speeding uncontrollably and it wouldn’t stop.’

He was knocked to the ground, but only sustained minor injuries.

The sedan stopped briefly to allow the robber to get in, before speeding away from the scene and turning onto busy Parramatta Road.

The man they are looking for can be described as Mediterranean/ Middle Eastern in appearance, police said. 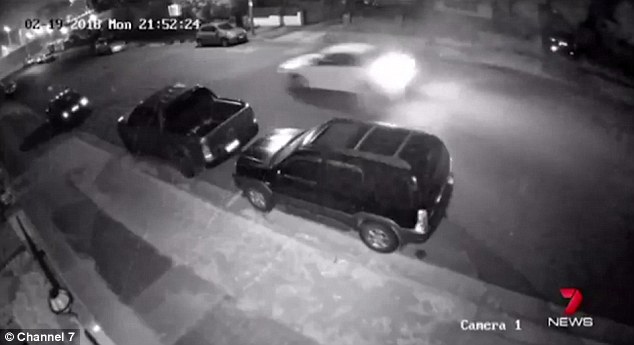 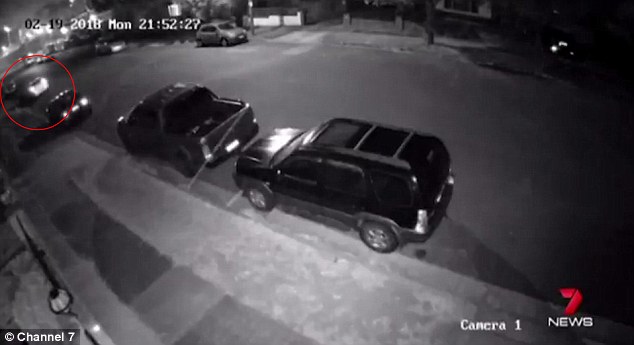 The sedan (top left) stopped briefly to allow the robber to get in, before speeding away from the scene and turning onto busy Parramatta Road

The man of interest is aged in his late twenties or early thirties, with a thick black beard and a short shaved head.

He was reportedly wearing a navy blue t-shirt and tan-coloured shorts at the time of the robbery.

Anyone with information about the incident has been urged to contact detectives at Flemington Police Station or phone Crime Stoppers on 1800 333 000.