A clumsy carjacker took irony to new extremes when he ran himself over with the very vehicle he was allegedly trying to steal.

Shane Taylor found the would-be thief slumped on a chair in his front yard in St James, in Perth, on Friday.

Mr Taylor says he was bleeding and begging for help. 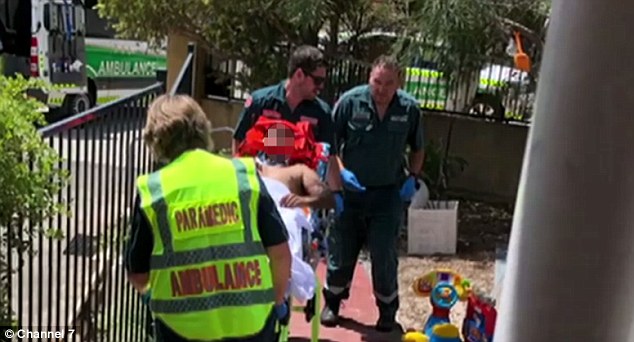 He was taken to hospital with serious leg injuries

‘He had, like, the knuckle on his ankle missing, and his chest was all caved’ he said.

Police claim the man tried to steal a Holden Commodore that was parked on nearby Ellam Street at around midday, when he accidentally ran himself over with it. 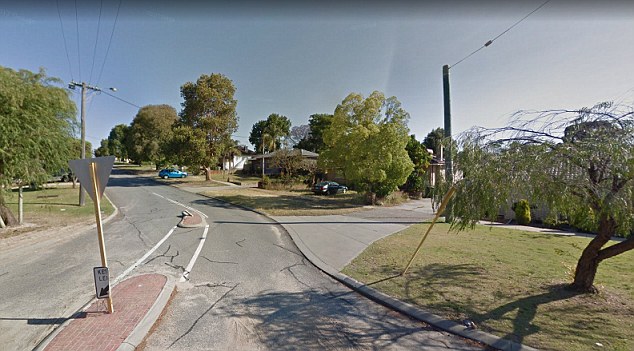 The owner of the car – which was parked on Ellam Street, Perth – caught the alleged thief in the act, prompting him to bail out of the vehicle while it was still moving

And the owner of the car saw it all happen.

He told Seven News that he’d parked on Ellam Street to look through a nearby verge collection, and was walking back to the car when he saw the alleged thief jump into the driver’s seat and reverse at high speed.

The man claims that when he tried grabbing him through the driver’s side window the alleged carjacker panicked, jumping out the passenger door while the car was still moving.

The suspect, believed to be in his 40’s, ran a short distance before reaching Mr Taylor’s property on nearby Norman Street.

He was taken to hospital with serious leg injuries. 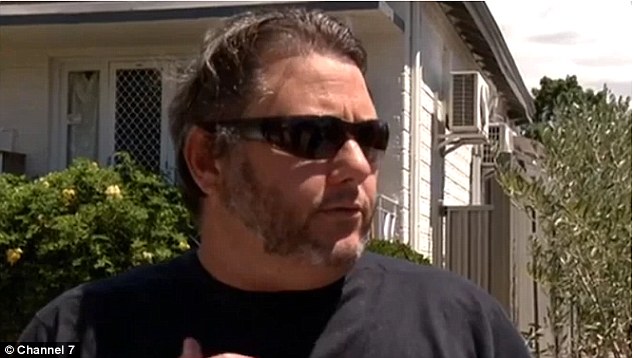 Nearby resident Shane Taylor found the suspect on his front lawn, severely injured and begging ‘Don’t let me die’