A group of friends who approached a ‘dead’ seal got the fright of their life when the animal suddenly sprung to life.

Flynn Webb was with his mates at a South Australian beach earlier this week when they spotted what they thought was a lifeless creature on the shore.

As he went in to touch its back, the leopard seal suddenly leapt up and snapped open its large jaw.

‘I have officially touched a … oh holy s**t!’ Mr Webb shouted upon realising the seal was alive.

In a follow up video he revealed he and his friends had phoned authorities but were told there was nothing they could do in terms of moving the animal. 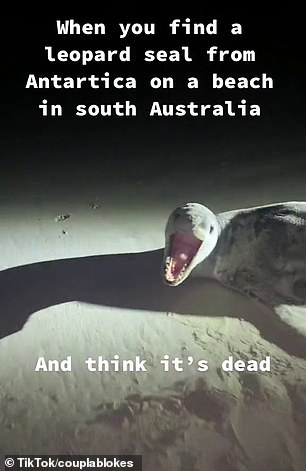 Leopard seals are native to Antarctic waters and are known to be aggressive and fierce hunters.

They prey on smaller seals and penguins and have even been known to attack humans on rare occasions.

Tragically British marine biologist Kirsty Brown was killed after being attacked by a leopard seal while snorkelling in Antarctica in 2003. She is believed to be the only human fatality from the animal.

Spotting one of the seals in Australia is extremely rare and usually most sightings are in Tasmania.

Some have been seen as far as NSW’s mid north coast and two years ago a leopard seal was caught soaking up the sun at Sydney’s Bondi Beach.

Large females can grow to lengths of more than three metres and weigh up to 500kg. 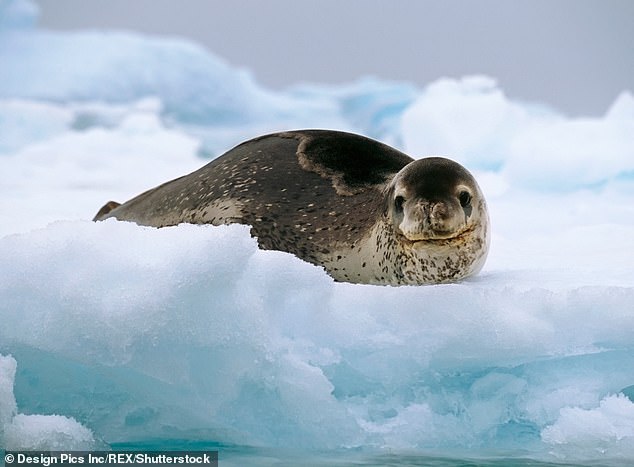