This is the shocking moment a man was slammed into a moving car during a street brawl watched by a wailing toddler.

And at one point during the violent brawl in Inverness, a woman carrying the distressed young child wanders in to the melee to pick up dropped clothing.

The scuffle was filmed yesterday afternoon as shocked bystanders looked on. A man who stepped in to try to stop the fight was assaulted by one of the fighters.

Since being uploaded onto to social media, the fight in the Scottish Highlands has been viewed by more than 320,000 Facebook users and shared by 2,000.

At the start of the clip a man wearing a striped top is heard shouting ‘get off me’ as another man in a black top is seen pulling him into the road.

As the fight progresses one of the men throws the other against a moving silver car as the driver tries to avoid the fracas.

One of the man’s shoes comes off during the battle as they both end up on the ground with the man in the striped top gripping onto the other man’s hooded top. 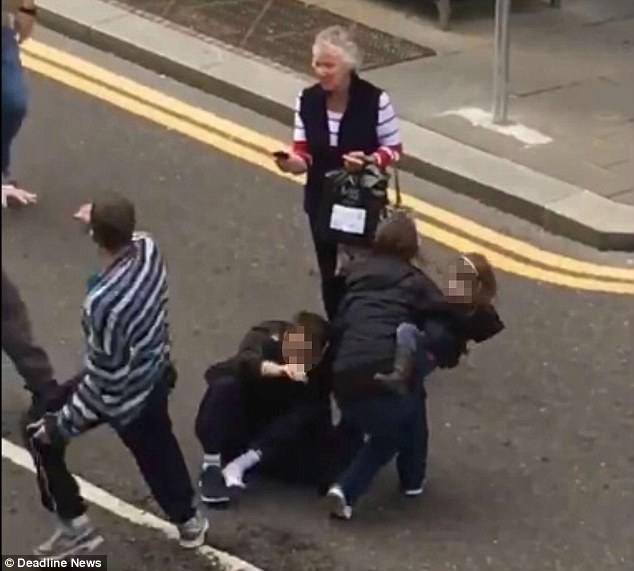 The woman with the toddler, heard wailing, then comes into shot and picks up the shoe as well as other belongings that appear to be falling from one of the men.

An older woman then approaches the two brawlers holding what appears to be a mobile phone while another two men also are seen trying to defuse the fist fight.

Towards the end of the clip, the man in the striped top lunges out and tries to hit another man trying to stop the fight.

As both men eventually part ways there appears to be further shouting between the original two, prompting the man in the strip top to chase the other down the street. 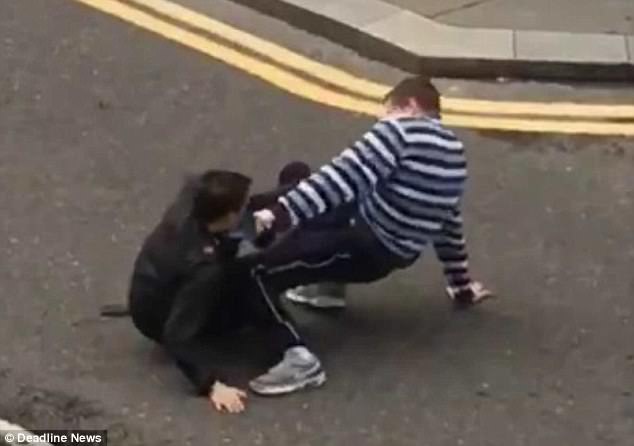 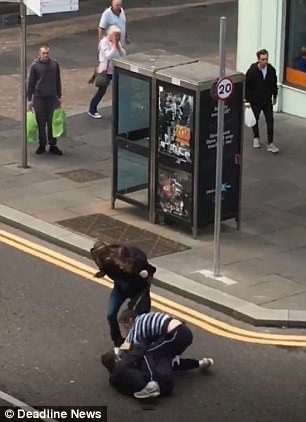 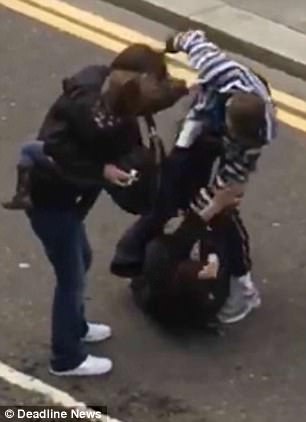 A Police Scotland spokesman told MailOnline: ‘Police in Inverness can confirm that a man has been arrested in connection with alleged assaults within the city centre following a disturbance on the afternoon of Monday, September 4.

‘The 28-year-old man has been reported in connection with two incidents – one on Bridge Street and the second on Academy Street.

‘The 28-year-old will appear at Inverness Sheriff Court in due course. Two men received minor injuries as a result of the incidents.’ 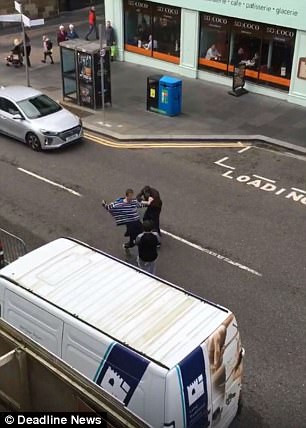 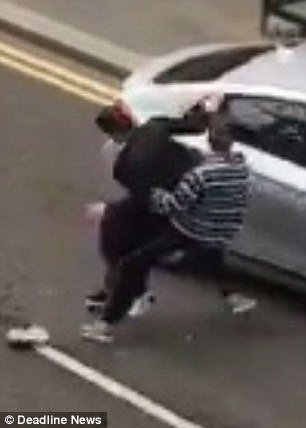 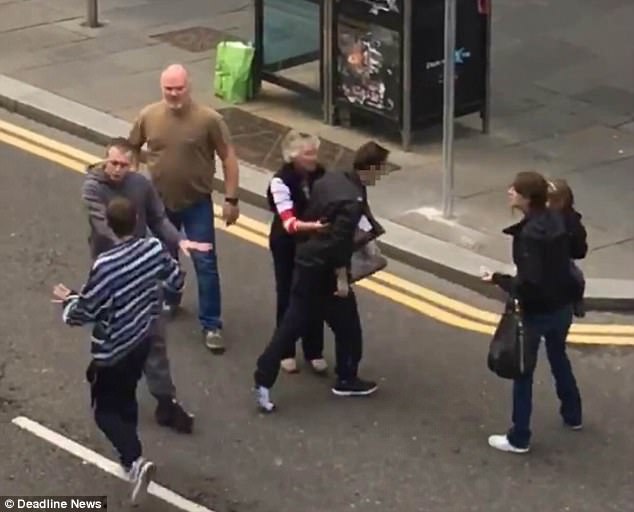 Inspector Mark Rasdale said: ‘I’d like to take the opportunity to thank all the members of the public who provided information about these incidents, which allowed officers to respond quickly and apprehend an individual.

‘Police Scotland will not tolerate behaviour like this in the city centre and the public will see an increased police presence over the coming days.

‘Our enquiries continue and anyone with information who has not already spoken to police should call 101, quoting reference NN22751/17. Alternatively call Crimestoppers on 0800 555 111.’