Man swept off rocks by massive wave at Australian beach

A beach-goer has been swept into the ocean by a massive wave as onlookers watched on in horror.

Terrifying footage shows three men standing on rocks and watching the waves come in at an Australian beach.

Moments later, one of the group turns around and opens his arms with his back to the ocean before a huge wave knocks him into the water.

When the man did not resurface, onlookers rushed forward to find him, but it remains unclear from the video whether he resurfaced.

Some viewers of the video on popular page Kookslams were concerned, while others saw the funny side.

‘Into the meat grinder you go,’ one person wrote.

‘I could watch these all day,’ another commented to their friends.

‘Hahah he’s so lucky if he fell in that hole and didn’t eat rock,’ another wrote.

‘Dude is a magician,’ someone else commented.

However, one person did offer some advice and commented, ‘Tourist pro tip #1: Don’t turn your back on the ocean!’ 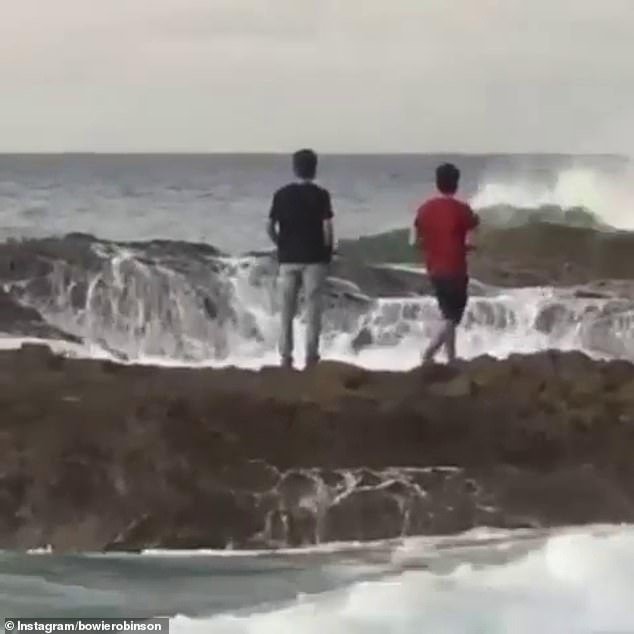