Do-you-think-they-saw-us? Bizarre moment man takes photos with a dinosaur skeleton after breaking into the Australian Museum – before disappearing into the night

A man has been caught on security footage taking selfies with a dinosaur skeleton after breaking into a museum  in the middle of the  night.

The man broke into the Australian Museum, in Sydney’s CBD, after 1am on May 10 where he roamed around for 40 minutes.

Footage of the incident showed the intruder getting up close and personal with the exhibits, looking at dinosaur bones and taking pictures of himself with the head of a Tyrannosaurus-Rex.

The man broke into the Australian Museum, in Sydney’s CBD, after 1am on May 10 where he roamed around for 40 minutes 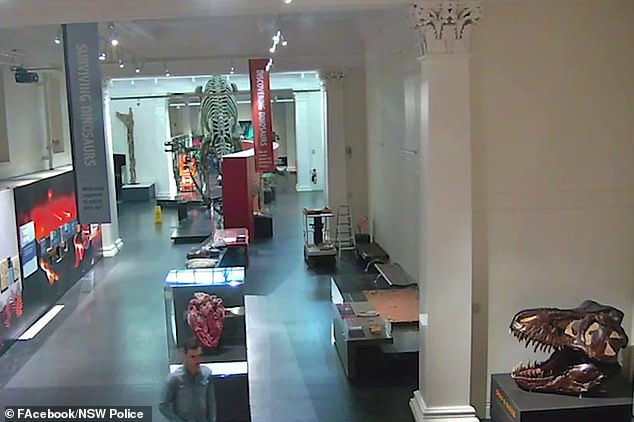 The man then wandered through the staff-only part of the museum and attempted to access many parts of the building.

He picked up a brown cowboy hat, believed to belong to a staff member, from a stand and put it on.

The man then left the premises.

He is described as being white with dark hair and aged in his early 20s.

He was wearing black shoes, a denim button-up shirt and denim trousers at the time of the break in. 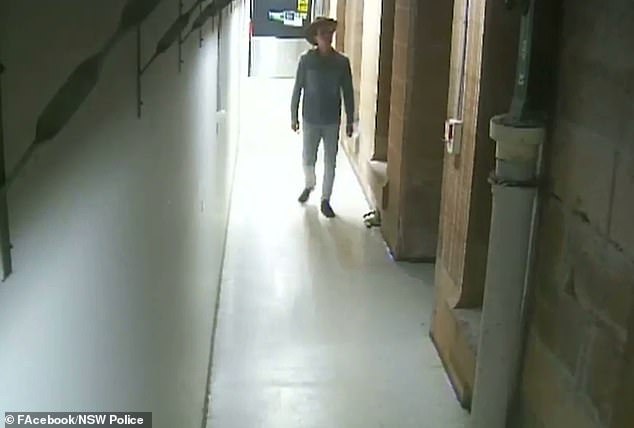 ‘He’s entered into a place of significance, we’re lucky he hasn’t damaged any historical artefacts or anything that is expensive in there.’

Australian Museum is currently under renovation and police believe he got into the building by climbing scaffolding.