Ole Gunnar Solskjaer’s decision to drop returning hero Cristiano Ronaldo to the bench for the visit of Everton at Old Trafford has strongly divided opinion.

The United boss made the call to ease the minutes of the talisman, despite Ronaldo’s return of five goals in five games since his emotional homecoming.

News of Ronaldo only making the bench for the visit of Rafa Benitez’s in-form Everton has also been greeted poorly by the vast majority of supporters, who feel the club legend should be allowed to continue his blistering momentum.

He said in the BT Sport studio: ‘You rest Ronaldo at times, he’d expect it at 36. National team games after this… he’s bringing in [Edinson] Cavani, someone’s who got goals last season and who’s a leader. More surprising is that [Jesse] Lingard deserves a start.’

Fellow pundit Jermaine Jenas did not quite agree however. He said: ‘It doesn’t feel like the type of game that you should be taking characters out.

‘Always concerned about the message it sends to Everton, you’re Mina and Keane and thinking no Ronaldo, lovely. You get a lift in that away team dressing room; we can get some points here. 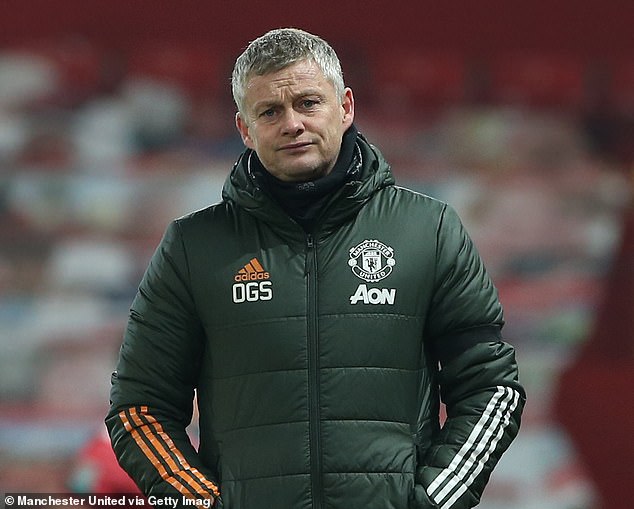 ‘Wednesday night was a big effort both physically and emotionally so it’s important that in a 12.20 kick-off we start on the front foot and freshen the team,’ Solskjaer said on BT Sport prior to kick-off, in explaining his thought-process.

Many supporters were quick to turn on Solskjaer however, with social media quickly becoming awash with complaints regarding the decision, which was compounded by the fact Paul Pogba had also been benched.

Taking things to more extreme, another Twitter user went all out and said under-fire Solskjaer deserves to be sacked simply for leaving Ronaldo out of the line up.

Ole deserves to be sacked just for benching Ronaldo.

Ronaldo and Pogba on the bench. Ole wants to sack himself I guess