The World Cup performances of USA’s Christian Pulisic have put Premier League clubs on alert for a potential January transfer away from Chelsea.

The £58million signing from Borussia Dortmund is entering the final 18 months of his contract at Stamford Bridge and there has been no noise from Chelsea or the player’s camp regarding a potential renewal.

Manchester United and Newcastle both made enquiries in August and, along with Arsenal, are among those monitoring developments. Chelsea are considering whether it would make more economic sense to cash in on the 24-year-old during the January window rather than allow his contract to run down to the final 12 months and his value depreciate further.

The USA international has been lauded for his displays against Wales and England in their opening Group B encounters and was FIFA’s man of the match following Friday’s 0-0 draw with Gareth Southgate’s men. The 24-year-old was influential as the USA took the upper hand against England, almost scoring with a first half shot that rattled Jordan Pickford’s bar and earning praise from Liverpool’s Jordan Henderson afterwards.

USA observers even hailed his performance as ‘heroic’ and say Pulisic has benefited during the tournament from playing under a coach in Gregg Berhalter that trusts and fully believes in him.

Berhalter has utilised Pulisic in his favoured role and he has certainly looked more effective at times than when he is at Chelsea.

Though his club statistics for producing goals and assists per 90 minutes still reflect favourably against teammates Kai Havertz, Mason Mount and Raheem Sterling, Pulisic has endured a difficult time under Thomas Tuchel at Chelsea and is understood to be growing equally frustrated at his lack of starts under Graham Potter.

The Chelsea manager has preferred to use Pulisic predominantly as an impact substitute so far, indicating he may be a player the club are willing to sacrifice as they look to tweak the squad in January. 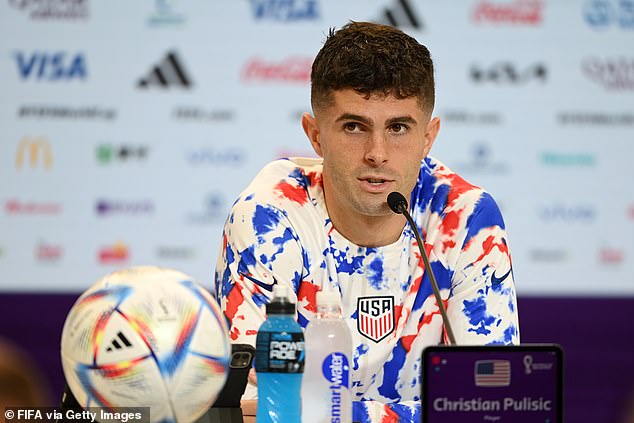 Prior to signing Anthony from Ajax, United held tentative talks over a price for Pulisic in August and it is anticipated Chelsea will look for around £35million should they sell him in January.

After cancelling Cristiano Ronaldo’s contract, United’s immediate priority is for a central striker but, with ongoing concerns over Jadon Sancho’s form, they will monitor what unfolds with Pulisic.

Arsenal are also in the market for a wide player this winter and like the fact Pulisic can bring versatility by playing in different roles across the midfield. Liverpool are also long-term admirers. Their focus is on Borussia Dortmund’s Jude Bellingham for the summer but a deal at the right price for Pulisic, who is still only 24, could appeal. 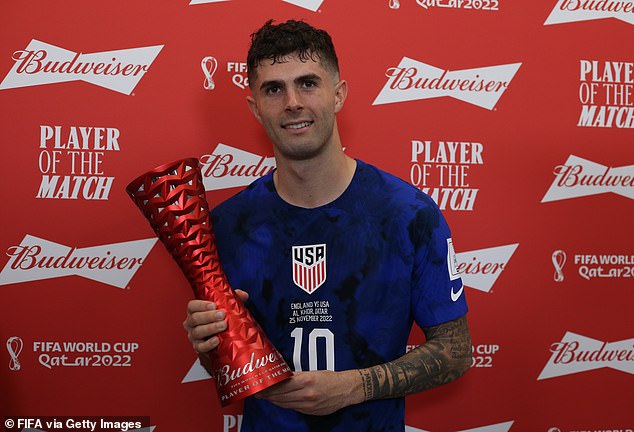 High-flying Newcastle are actively scouting wingers to improve Eddie Howe’s squad while AC Milan and Juventus have also made enquiries in recent months about Pulisic. However, a reported move to cash-strapped Inter is considered unlikely.

Pulisic’s immediate focus is on getting USA through to the World Cup knockout stages with their progress resting on Tuesday’s decider against Iran.