Seasoned Manchester United-watchers who have watched Scott McTominay come through the ranks describe him as a big, strong lad who will run willingly, but of limited technical ability compared to the silky-smooth players that modern-day Premier League academies produce these days.

Some managers would be put off by that – but not Jose Mourinho.

With Paul Pogba and Marouane Fellaini out, he views 20-year-old McTominay as an identikit replacement, and the youngster didn’t let him down against Benfica on Tuesday night with a neat, tidy and disciplined performance in United’s engine room.

It was also revealing that the manager – who likes his players to be physically robust – considered the kid tough enough to be sent out for the second half having been clattered by two Portuguese defenders either side of him.

McTominay’s displayed was far more mature than his CV would have suggested.

It was just his sixth senior appearance, only his third start, and his only previous experience in Europe had been 60 seconds as a late substitute away to Benfica.

No worries. The 6ft 4ins defensive midfielder from Lancaster carried out his manager’s instructions to the book, choose the simple option on the ball, go sideways and backwards if you have to, keep the pattern of play going rather than risk losing possession.

In other words, provide stability with Nemanja Matic, while Jesse Lingard, Anthony Martial and Juan Mata could work their flair and imagination further up the field. 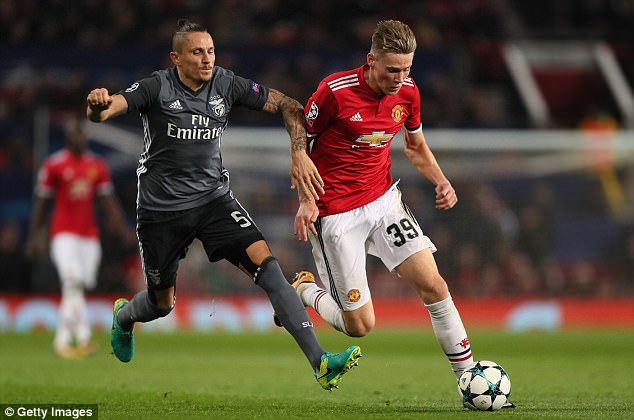 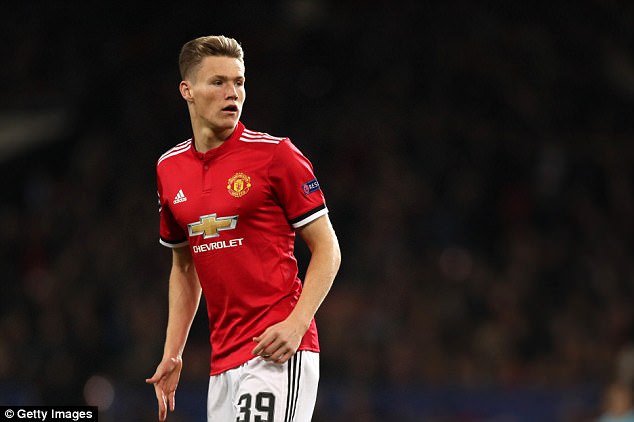 McTominay won the ball back seven times for his team in the first half – more than any other player.

His ability to read the game also led to a couple of promising Benfica moves coming unstuck because he was in the right place at the right time.

Most impressive of all was that he didn’t seem phased under the floodlights of Old Trafford, the so-called Theatre of Dreams.

Darren Fletcher started conservatively in his United career when he played alongside Ryan Giggs, David Beckham and Rio Ferdinand, and he ended up an important and popular member of the squad.

Mourinho had praised McTominay when United beat Swansea City 2-0 in the Carabao Cup in south Wales. 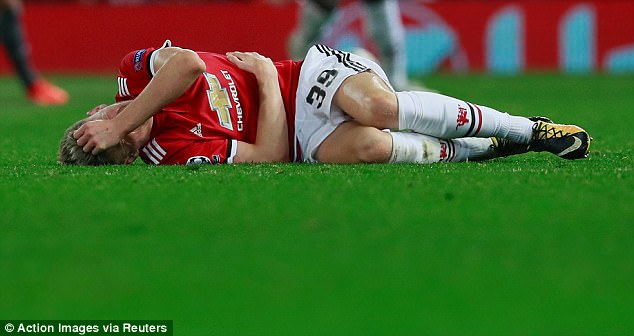 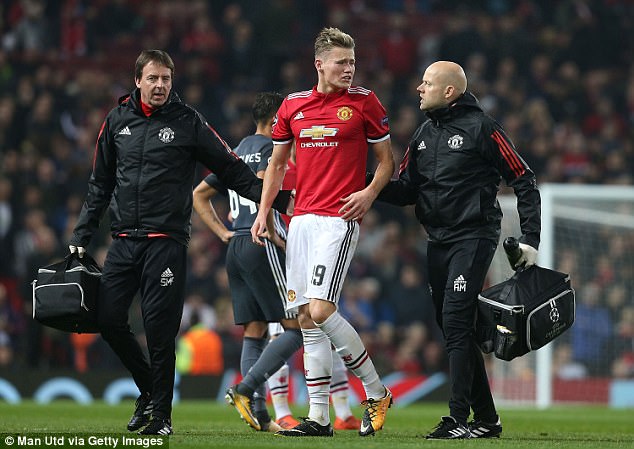 He likes his players to be tough – remember the spat over Eden Hazard and the doctor at Chelsea – so it was a test when McTominay had to leave the field after 44 minutes for treatment after being caught by Ljubomir Fejsa.

But when Mourinho made a half-time change it was Henrikh Mkhitaryan for Jesse Lingard – McTominay remained, test passed with flying colours.

Having eased himself into the game, and United buoyed by a lucky own goal when Juan Mata’s shot deflected off the post and Benfica’s young goalie Mile Svilar to score – McTominay had the confidence to play more forward balls in the second half, but nothing too ambitious for his manager or to upset the team shape.

He demanded the ball off Matic more frequently, chipped a more ambitious pass to Eric Bailly, threaded a through-ball for Martial which nearly led to the second goal, and then got into the penalty area himself and nearly added United’s second, which eventually came from a Daley Blind spot-kick.

McTominay won’t ever get the United fans off their seats like Eric Cantona or Marcus Rashford. But for Mourinho, he’ll do very nicely indeed. 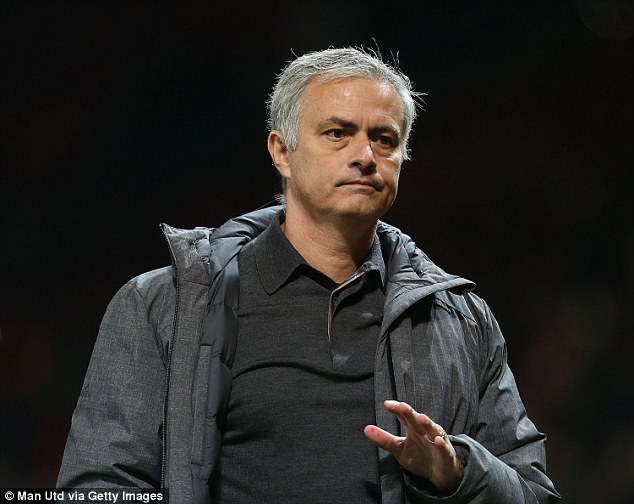