Manchester United could have to pay £12m to agent Mino Raiola in order to sign Erling Haaland from Red Bull Salzburg.

United are leading the race to sign the 19-year-old with manager Ole Gunnar Solskjaer confirming his interest on Wednesday by saying he ‘likes the player’.

However, should the Red Devils sign the in-demand Norwegian striker, they will have to pay a figure of £12m to Haaland’s agent Raiola, according to The Sun. 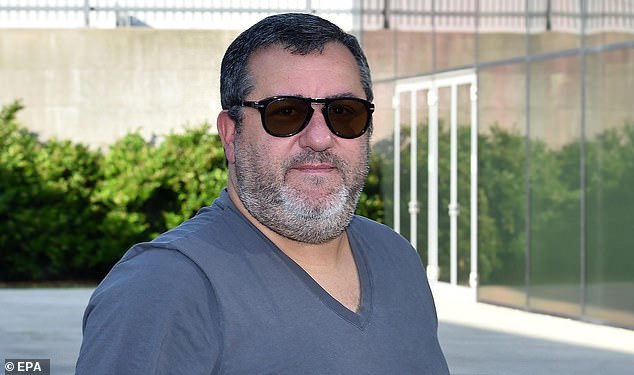 The report suggests that United would be keen to reduce that figure, although they do accept super-agent Raiola will need paying in order to get the deal over the line.

Haaland is one of the most in-form strikers in Europe, after scoring 28 goals in 22 appearances in all competitions for RB Salzburg.

United are keen to do business in January after a topsy-turvy start to the season –  they are currently sixth in the Premier League table, four points off the Champions League places.