Anthony Martial labelled Arsene Wenger a ‘legend’ as he paid tribute to him following Manchester United’s late victory over Arsenal on Sunday.

The departing French boss surprisingly received a warm reception at Old Trafford and an engraved silver vase from former adversary Sir Alex Ferguson before the game kicked-off in recognition of his service to Arsenal and contribution to English football.

But Martial, who came off the bench for United late into the second half, wanted to make a personal acknowledgement of his compatriot’s achievements. 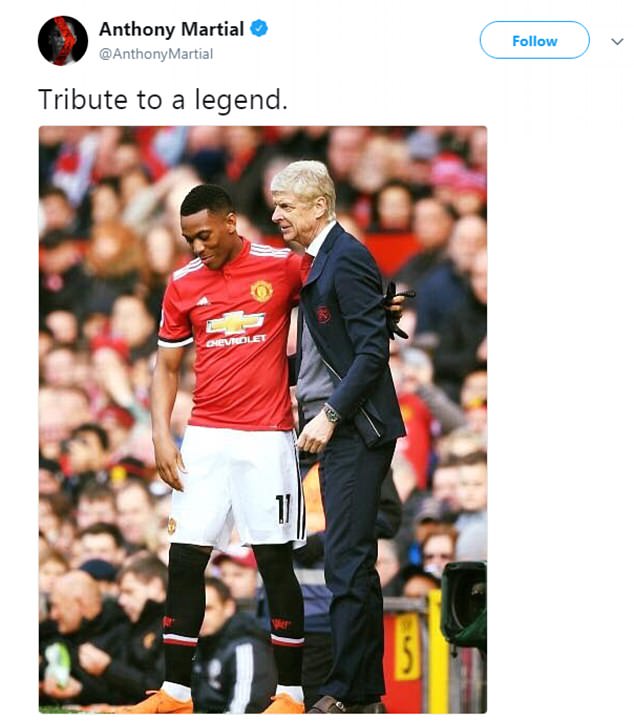 The United forward posted a picture of him stood with Wenger on his Twitter account on Monday morning, writing: ‘Tribute to a legend’.

The Arsenal boss has taken a keen interest in Martial’s career since his days at Lyon and Monaco and had he been given the funds in 2015 may have beaten United to his signature.

He had also enquired about the forward’s availability in January in efforts to land him in exchange for Alexis Sanchez but saw his attempts rebuffed. 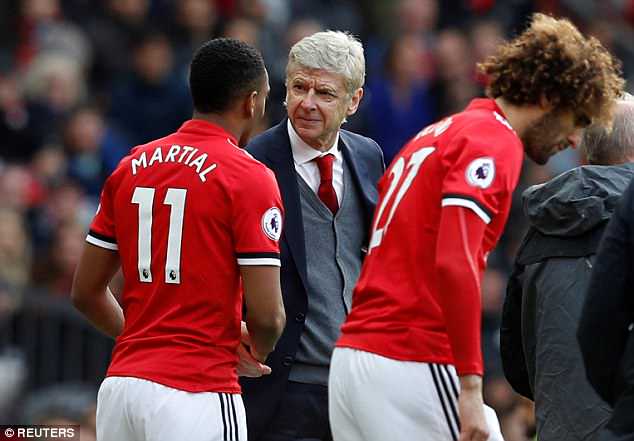 The Manchester United man tweeted a picture of them together, writing: ‘Tribute to a legend’ 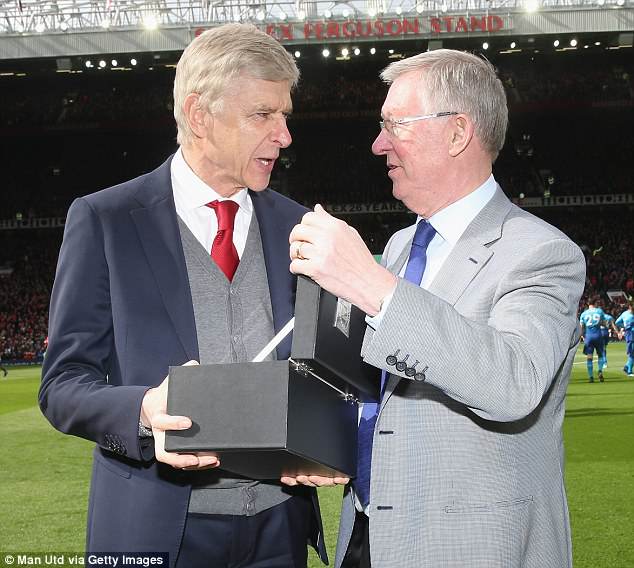 Wenger is primed to step down from the role he has held for 22 years at the end of the season.

Despite Sunday being his last trip to Old Trafford with Arsenal, the 68-year-old took the opportunity to rest key players with one eye on the return Europa League tie against Atletico Madrid in midweek. 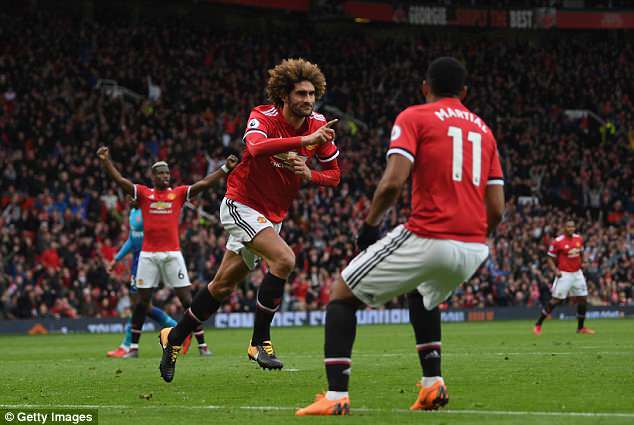 It was a promising performance from a youthful Arsenal side but ended in all too familiar fashion.

Henrikh Mkhitaryan came back to haunt his old club by cancelling out Paul Pogba’s opener to put Arsenal on the brink of their first points away from the Emirates Stadium this year.

But Marouane Fellaini had other ideas and grabbed a late winner to steal the three points as Wenger left Manchester, possibly for the last time as a manager, empty handed. 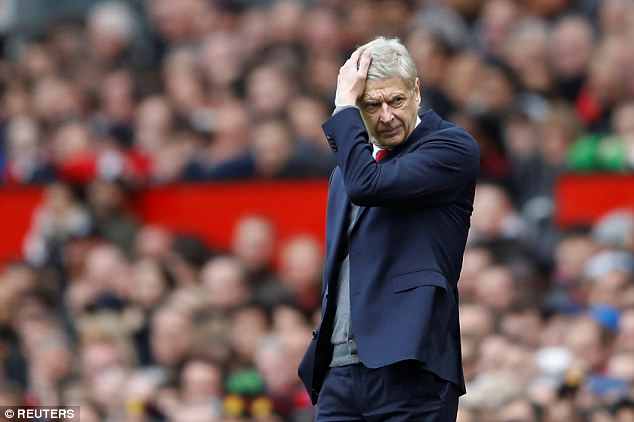