Bare-faced cheek! Naked man struts along busy Oxford Street wearing nothing but a G-string made out of a FACE MASK

Masks are now compulsory in shops up and down the country, but one man made a mockery of the new rules today by fashioning one into a G-string and strutting along Oxford Street in the nude.

Passersby in the capital looked on bemused as the naked man confidently made his way down the road wearing nothing but the improvised thong.

Many shoppers were seen going in and out of stores on the busy street today, but this particular man, sporting only the pale blue masks and a tattoo on his back, was difficult to miss.

The stunt came after brawls broke out in supermarket aisles across England today as shoppers confronted other customers for not wearing masks, while staff at a McDonald’s kicked out diners for not covering their faces.

Senior police figures urged retailers to enforce the new laws forcing customers to wear face masks in all shops, stations, banks and post offices, but there was confusion across the country with different businesses having different policies on coverings.

Sainsbury’s, Asda, Co-Op and Costa Coffee are among the firms saying they would not police the coronavirus rules, which also require people to cover their faces in all transport hubs, shopping centres and petrol stations.

McDonald’s, on the other hand, are enforcing the rules, with customers in a Chelmsford, Essex branch ordered to leave for not wearing a mask.

The fast food giant said takeaway customers will need to wear the masks but those who eat in the restaurant will not.

Meanwhile, customers reported seeing fights break out in supermarkets, with masked shoppers confronting those not wearing a covering. 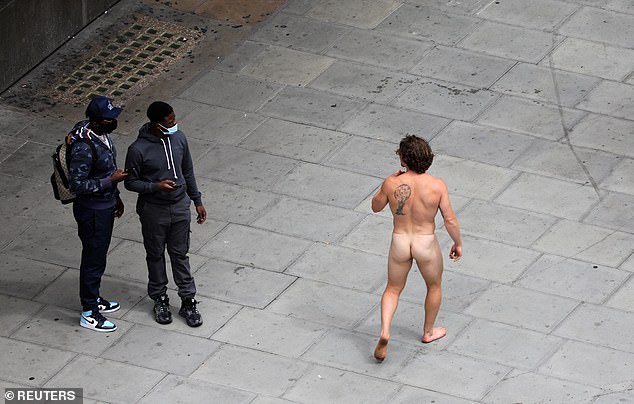 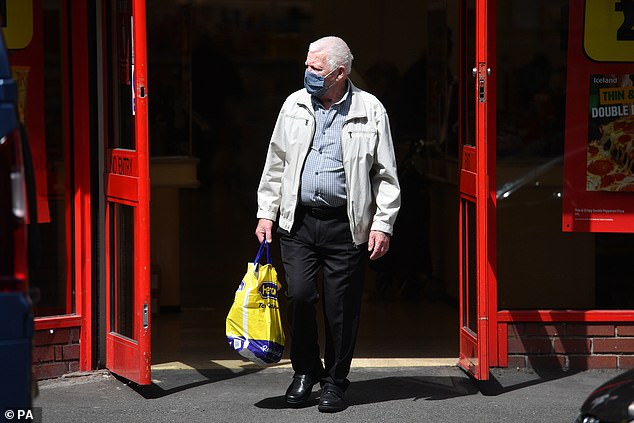 A shopper wearing a mask outside Iceland in Leicester. Face coverings have become mandatory in shops and supermarkets in England 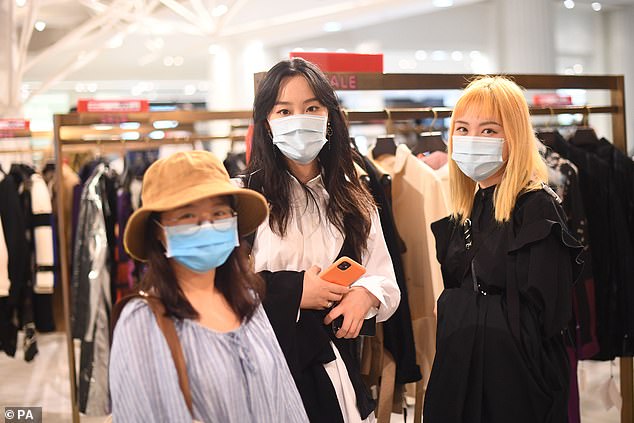 Under the rules, even customers entering banks now must don a mask, but young children and people with medical conditions affected by a mask are exempt. Police are now urging shops to refuse entry to people not wearing face coverings.

John Apter, chairman of the Police Federation of England and Wales, said: ‘I would urge retail outlets to play their part in making the rules crystal clear – if you are not wearing a face covering then you are not coming in. Officers will be there to help stores if needed – but only as a last resort, as we simply do not have the resources.’

Speaking about those who might have exemptions, Mr Apter added: ‘If you’re out shopping today and you see somebody not wearing a face covering it may be because they have a hidden disability. Don’t jump to conclusions, don’t have a go at them. This is new for us all, it’s about keeping each other safe. Please be nice!’