A man wearing a beer box on his head runs up to cover a speed camera with a tea towel in bizarre footage going viral online.

The new ‘hero’, nicknamed the Demerit Man, took to the streets of Tamworth, northern New South Wales, on Friday to rid drivers of the scourge of speed cameras.

The prank starts by wearing the carton over his head and approaching the back of a speed camera truck parked up on the side of the road.

Demerit Man, as he has been nicknamed, bids to rid drivers of the scourge of speed cameras 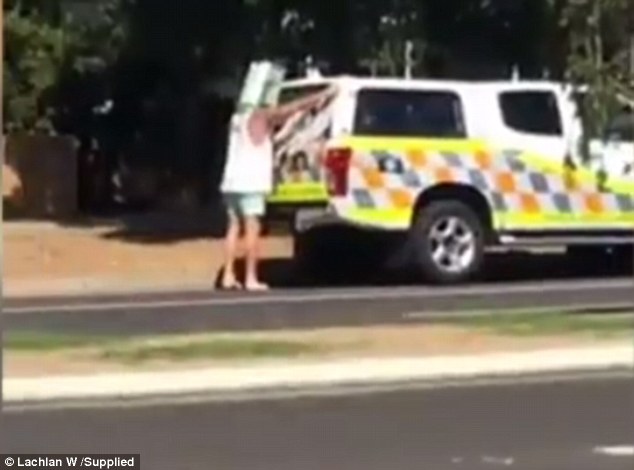 Masking his face by covering his head with the photo-proof VB crate, he covers the back window with a tea towel.

Vision originally shared on Snapchat has now been viewed more than 5,000 times on Facebook and Instagram after it was posted on Monday afternoon.

The video was posted by the page, The Bell Tower Times, and features a caption saying: ‘Not all heroes wear capes’. 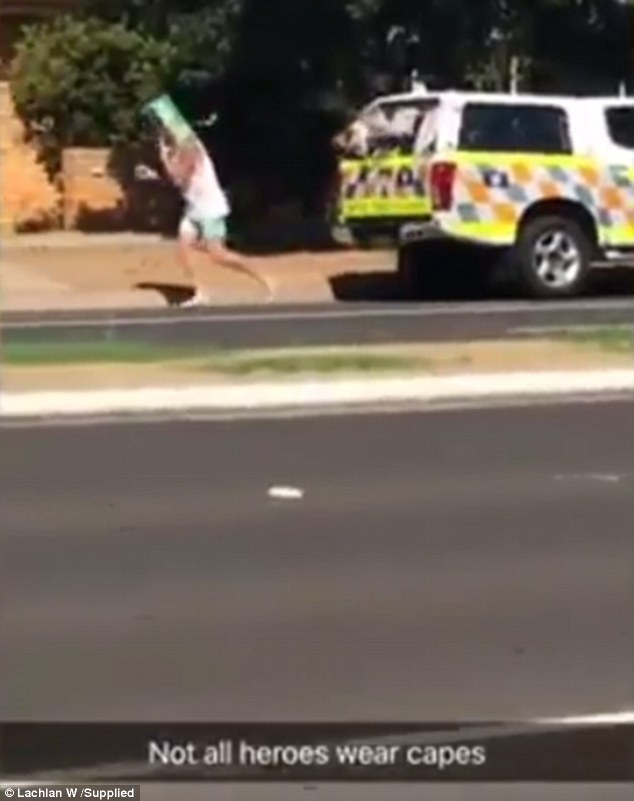 The page has dubbed him the Demerit Man ‘purely as he is stopping infringements’.

‘Protected by his photo-proof beer box hat, he swoops in to foil the plans of his arch nemesis,’ the page adds.

After he completes his mission, the man manages to make it away without being identified and his anonymity still in tact.