Man, 20, dies after being flung out the windscreen of a car in horror crash – ‘because he wasn’t wearing a seatbelt’

A man who died when he was ejected from a car driven by his friend when it crashed was not wearing a seatbelt, police say.

The 20-year-old passenger was thrown from the car when it rolled on a corner at Lemont, northeast of Hobart, about 4.30am on Sunday.

He died at the scene while the driver, another 20-year-old man who also wasn’t wearing a seatbelt, was taken to hospital in Hobart with minor injuries.

Police are investigating whether alcohol was a contributing factor.

The 20-year-old passenger was thrown from the car when it rolled on a corner at Lemont, northeast of Hobart, about 4.30am on Sunday

A Tasmania Police spokesperson said ‘the driver lost control of the vehicle, which rotated and rolled and, as a result, the male front-seat passenger was thrown from the vehicle.’

‘Initial investigations indicate that the use of alcohol and the failure to wear a properly fitted and adjusted seat belt are likely contributing factors in the males death.’

The passenger was declared dead at the scene, while the driver is being treated in hospital for minor injuries.

Tributes have poured in for the young man who died, with friends describing him as a ‘genuinely nice person’ who was ‘taken too soon’.

‘This shouldn’t have happened to you,’ another friend wrote.

Police are actively investigating the circumstances surrounding the crash.

Anyone who saw the car or has any further information is urged to contact Senior Constable Adam Hall at Southern Crash Investigation Service on 6230 2111 or Crime Stoppers on 1800 333 000.

The driver has not been charged. 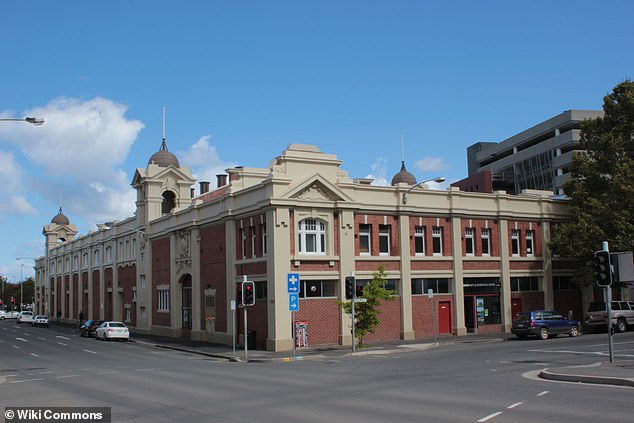 The passenger was declared dead at the scene, while the driver is being treated in Royal Hobart Hospital for minor injuries