A North Dakota man who lost a hand while making sausage says his left arm got caught in an electric meat mixer and he was forced to cut it off above the wrist with a butcher knife.

Sixty-nine-year-old veteran Myron Schlafman was injured August 17 when he was taking a chunk of meat out of the mixer and accidentally stepped on a pedal to activate the machine.

Schlafman told KFGO radio the bone was severed, but he was still caught by muscle tissue, nerves and skin.

Myron Schlafman cut off his own arm with a butcher knife after it got caught in a meat grinder. He only had a matter of seconds to realize what he needed to do in order to not bleed to death 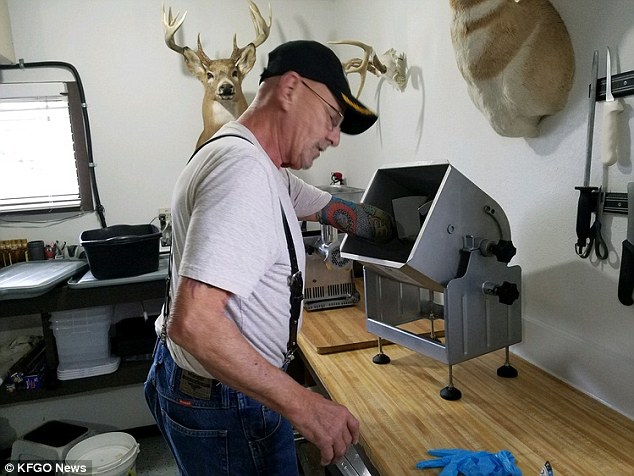 He still has the electrical meat mixer that nearly took his life. He credits first responder police officers with applying a tourniquet before am ambulance arrived

He grabbed the knife and cut off the arm so he didn’t bleed to death.

‘When my arm went in there, that must have been instant shock’ Schlafman told KFGO.

‘I just looked and knew I was in big trouble. When I cut off my arm, I could feel my nerves jumping. If I would have hesitated, I would have stood right there and bled to death.’

The Army veteran cited his service in Vietnam with helping him get through the horrible ordeal.

‘It would be very easy to sit back, feel sorry for myself and get depressed. I went through Vietnam. I can handle this.’ 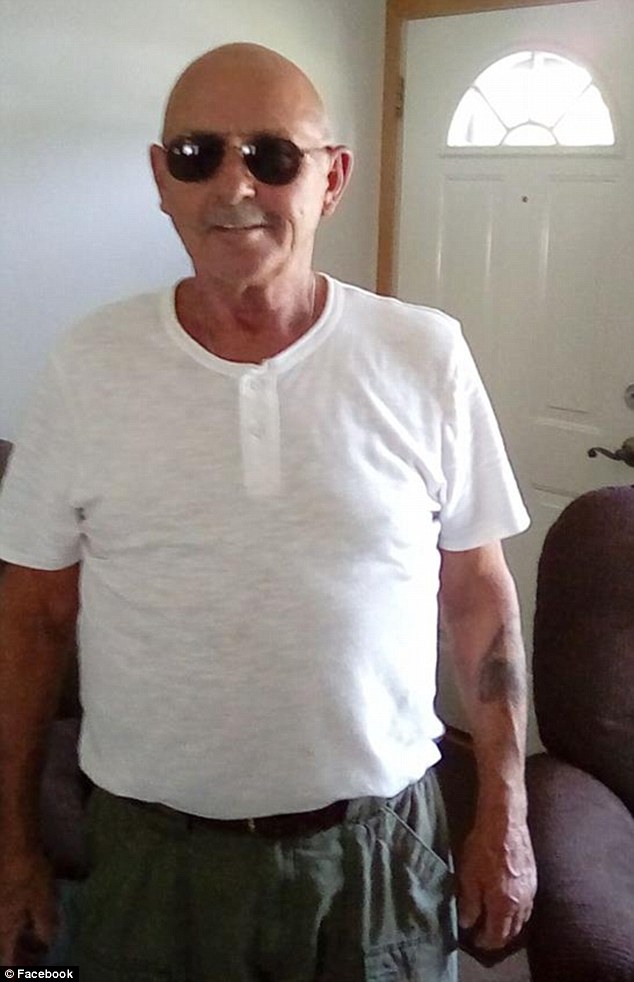 The Army veteran also credits his Vietnam service. ‘It would be very easy to sit back, feel sorry for myself and get depressed. I went through Vietnam. I can handle this.’ He’s seen here before the accident

Schlafman will be fitted with a prosthesis in a few months after his arm fully heals.

Schlafman credits two police officers with saving his life by applying a tourniquet before ambulance crews arrived. He also credits his wife with helping out as he recovers.

He spent nine days in the hospital and had three surgeries.

He’ll be fitted with a prosthetic in a few months.

‘I think I’ve learned a few things new. I’ve always appreciated life, but not as much as I do now.’