A pub landlord who wrote ‘Death to Allah’ on the armrest of his business class passenger plane seat and wrote an Islamophobic note to two Arabic travelers has been spared jail.

Joseph Breslin, 36, was flying home from his honeymoon with his pregnant black American wife when he became angry and defaced the armrest.

During his Qatar Airways flight from Doha to London Heathrow, he dropped a ‘provocative’ note near the husband and wife which read ‘Death to Allah. F*** the rag-heads’.

One member of the cabin crew saw Breslin, from Bromley, London scratching on the chair while another saw him write the Islamophobic note. The two staff said they were ‘shocked’ by what he had written during the flight on July 8.

The two passengers, Muneera Al-Gahtari and Salem Omar Shamlam, could not read English but were horrified after hearing the translation.

Prosecutor Ravinder Johal told Isleworth Crown Court: ‘As he left his seat he approached two other passengers and placed a note on the table between the two seats.’

He added: ‘It was clearly provocative and designed to elicit a response from those two Arabic complainants.’

The court heard that the damage to the armrest was worth £983, but the total cost of not being able to use the seat had costs of £3,604.

Passing sentence Mr Recorder Bruce Houlder QC said: ‘You got up, walked around to other passengers who, you complained, had in some way given you offence, and put a piece of paper on the table between them.

‘It is difficult to think of a phrase, particularly these days, more offensive and potentially inflammatory as those words.

‘Coming, as they did, from a grown man who should know better.’

But he said he could spare Breslin jail because of his good character and added: ‘I have no doubt that you have been of immense benefit to your local community.

‘I accept too that you are remorseful.

‘It is clear that you had just got married, you were bringing your wife back to the country. She was pregnant.

‘Your business was under strain. And that was something that was very much on your mind. 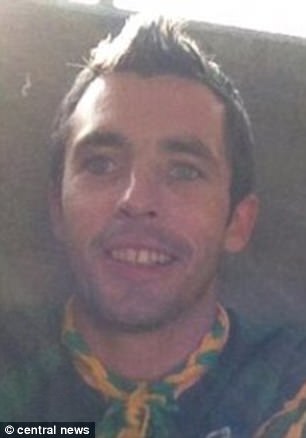 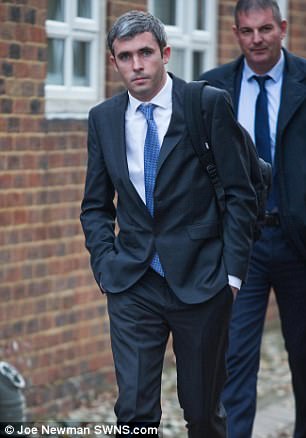 Breslin was sentenced to a community order and ordered to carry out 160 hours of unpaid work, and pay £3,604 in damages, as well as £300 towards prosecution costs

‘And you had recently given up smoking. For a number of other reasons, you were under considerable stress.’

Breslin wiped away tears as he told the court how he lost his licence to sell alcohol and that his marriage had been put under stress, partially due to the charges brought before him.

Summarising the victim impact statements, Mr Johal, prosecuting, said: ‘As he left his seat, he approached two of the passengers, a male and a female passenger, and placed a note on the table between the two seats.

He added: ‘When the police arrived with an Arabic interpreter, they translated what was actually on the note.’

‘They were worried that something was going on. The wife was pretty stressed. She didn’t know if they were safe or not.’

Summarising their statements, Mr Johal said: ‘She said “I was very frightened and terrified”.

‘He felt worried, disturbed and terrified.’

He was sentenced to a community order and ordered to carry out 160 hours of unpaid work, and pay £3,604 in damages, as well as £300 towards prosecution costs.