An Australian man who was wrongly jailed for 12 years over a jeweller’s brutal murder has died after he was struck by a car in a hit-and-run in Los Angeles.

Andrew Mallard, 56, was found guilty of killing Perth business owner Pamela Lawrence in 1994 in one Australia’s worst miscarriages of justice.

He spent more than a decade in jail before his conviction was quashed in the High Court in 2005, allowing him to be released the following year. 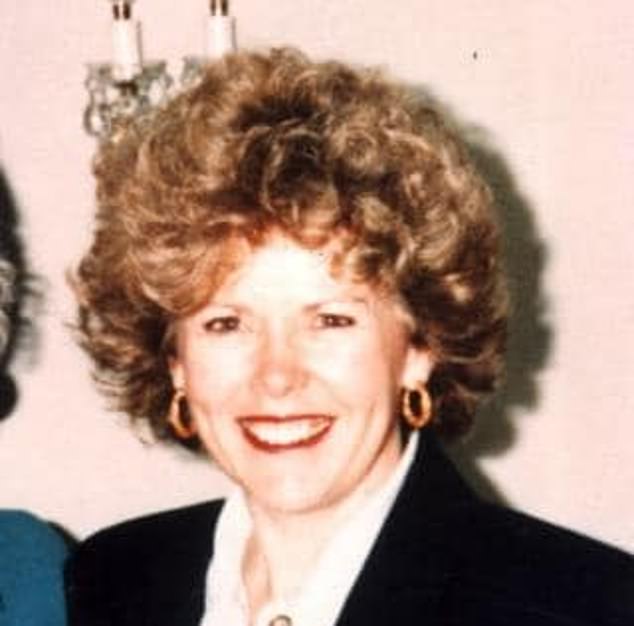 Mallard was killed on Thursday after being struck by a car while crossing a road at Sunset Boulevard and Formosa Avenue in Hollywood, near where his fianceé lives.

The vehicle fled east on Sunset Boulevard, LA Police said in a statement.

Mallard was free for only 13 years after being cleared of murder.

Mrs Lawrence, a business owner in Mosman Park, Perth, was attacked at her jewellery shop on the afternoon of Monday, 23 May 1994.

She was attacked sometime between 3pm and 6pm and died in an ambulance at 7pm.

Mallard quickly became a suspect because a witness saw a man matching his description outside the shop.

He had been released from police custody earlier that day after being arrested for breaking into his his girlfriend’s ex-boyfriend’s apartment and was seen arriving in Mosman Park in a taxi at around 5pm.

Mallard had a history of mental illness but no history of violence. There was also no weapon, blood or DNA connecting him to the case.

Two key pieces of evidence led to his conviction – the first was police notes from interviews with Mallard where it was claimed Mallard had confessed.

The second was 12 minutes of an 11-hour interview where Mallard was filmed speculating how Ms Lawrence may have been killed. 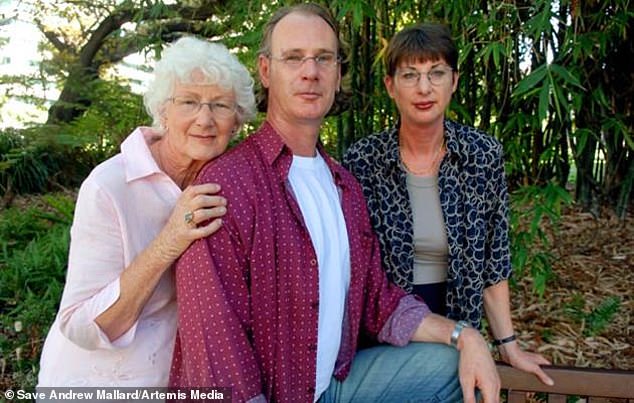 ‘He suffered injustice and spent almost 12 years in prison for something he didn’t do,’ his sister Jacqui Mallard (pictured far right with his mother) said 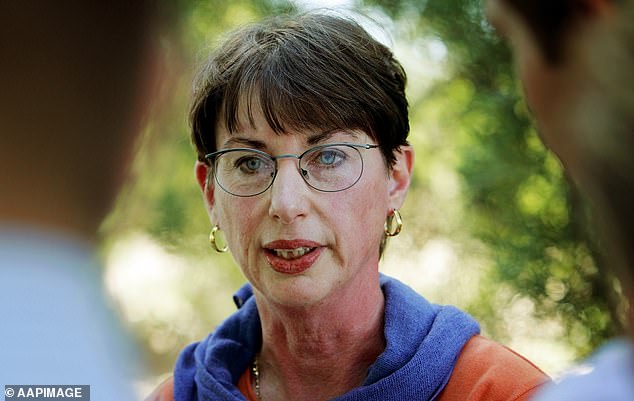 Jacqui Mallard (pictured), sister of Andrew Mallard who was the man originally convicted and in the murder of Pamela Lawrence, has been left heartbroken after her brother was killed

‘If Pamela Lawrence was locking the store up, maybe she came in through the back way, the front door was already locked… Maybe she left the key in the back door and that’s why he had easy access, and that’s why she didn’t hear him until he was… in the store,’ he told police.

Mallard spent 12 years of his life sentence at Casuarina Prison in Perth before he was released in 2006.

The convicted murder was serving a 15 year minimum sentence for bashing his girlfriend Brigitta Dickens to death.

He had four years left on his sentence when he was questioned by police in relation to mother-of-two Ms Lawrence’s death.

A week later committed suicide in the West Australian prison after being publicly named as the new suspect for Ms Lawrence’s murder.

The following year, in 2007, a Corruption and Crime Commission inquiry found that police had withheld crucial information from Mallard’s defence team, including details of an undercover operation.

It also emerged that two police officers had caused witnesses to alter their statements.

Mallard was granted a $3.25million compensation payment for his time behind bars after lengthy negations with the state government in 2009. 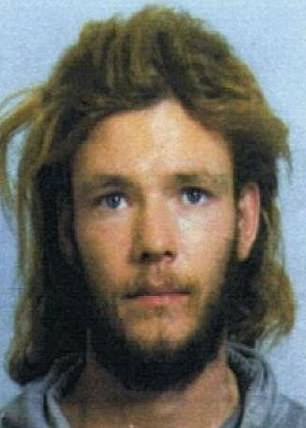 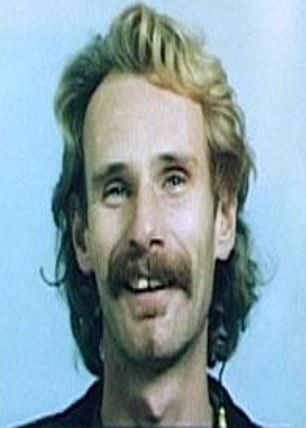 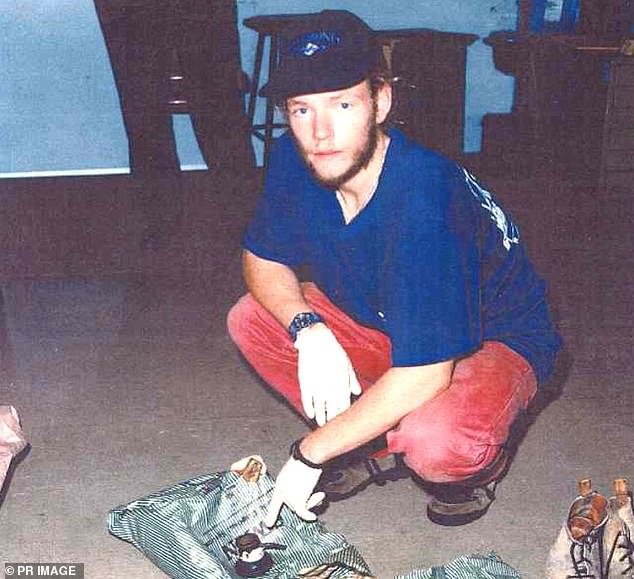 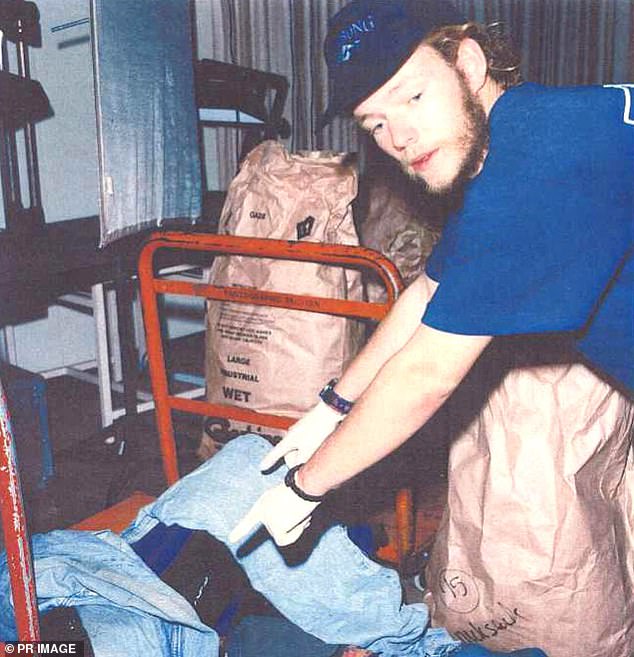 He later moved to the United Kingdom, while also spending time in America.

Mallard’s family have been left devastated by his tragic passing.

‘He suffered injustice and spent almost 12 years in prison for something he didn’t do,’ his sister Jacqui Mallard told The Australian.

‘Those years were taken from him and now his life has been taken. We are heartbroken.’

‘It’s just fortunate that he got to spend 13 years of freedom after so much time wrongfully imprisoned,’ he said.

Ms Edan worked tirelessly to prove the miscarriage of justice.

‘It was just a cruel twist of fate that put him on a collision course with this inquiry and it was just a matter of fact that there were police who were willing to act dishonestly,’ she told ABC in 2010.

‘There was a prosecutor willing to run a case that wasn’t quite right, and there were three judges who refused to believe it when evidence was put in front of them, and they saw what the High Court saw.’

1994: Perth jeweller Pamela Lawrence is brutally killed with a heavy instrument in her own store. The murder weapon has never been found

1995: Andrew Mallard is wrongly convicted of her murder

1996: Mallard’s appeal to the Supreme Court of Western Australia is dismissed

2003: After spending eight years of his sentence of life imprisonment in strict security, he petitioned for clemency

The Attorney-General for Western Australia referred the petition to the Court of Criminal Appeal, which later dismissed the appeal

2005: Mallard’s appeal is heard in the High Court, his conviction is quashed

A week after Rochford is questioned by police, he is found dead in his prison cell from suspected suicide

2007: A Corruption and Crime Commission investigation into the case leads to two assistant police commissioners, Mal Shervill and David Caporn, being forced to step down

2009:  Mallard is granted a $3.25 million ex gratia payment for his time behind bars

2019: Mallard is killed in a tragic hit and run in Los Angeles