Northern Ireland football manager Michael O’Neill has been charged with drink driving after he was pulled over by officers near Edinburgh.

The 48-year-old, who played for Newcastle United, Dundee United and Wigan Athletic, was arrested on the outskirts of the Scottish capital on Sunday.

He allegedly failed a breath test and is due to appear at Edinburgh Sheriff Court on October 10.

His appearance at court is just two days after his side play a crucial World Cup qualifier match against Norway.

Mr O’Neill, who won 33 caps for Northern Ireland and scored seven international goals, was pulled over on the A720 in the early hours of Sunday, reports the Scottish Sun.

Police Scotland said a man, 48, was charged ‘in connection with drink drinking’, while the Northern Irish FA confirmed they were ‘aware of an alleged drink driving incident involving O’Neill’.

A spokesman told MailOnline: ‘Police in Edinburgh arrested and charged a 48-year-old man in connection with drink driving eastbound on the A720 around 12.55am on Sunday 10 September.

‘He is due to appear at Edinburgh Sheriff Court on 10 October.’ 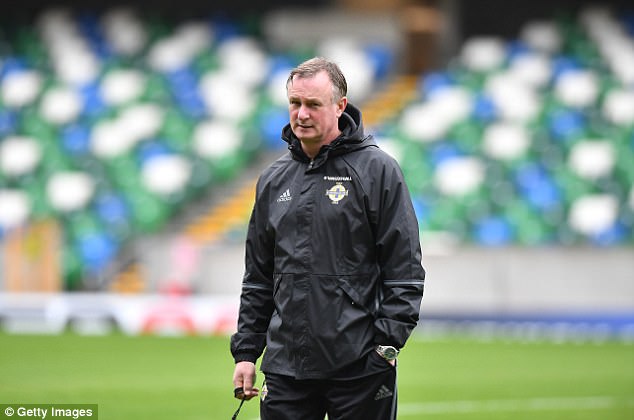 ‘As it is a police matter, the Association will be making no further comment.’

Mr O’Neill, who also played for Hibernian, became the Northern Irish team manager in 2012 and has led the country to unprecedented success.

He guided his side to the last 16 in their first ever European Championship finals appearance – in France at Euro 2016.

His side lie second in their World Cup qualifiers group for Russia next year.