Manchester City 5-1 Atalanta: Raheem Sterling steals the show once again with breathtaking 11-MINUTE HAT-TRICK and two assists as City storm to Champions League victory… but Phil Foden is sent-off on rare start for the champions

Raheem Sterling is just on another planet these days, isn’t he? The numbers frighten to the point that he can lay claim to being labelled the best winger in Europe right now. Of that there is absolutely no doubt.

So this hat-trick, another for the collection, makes it 37 Manchester City goals since the start of last season. Laying on twice for Sergio Aguero takes his assist tally in that time to 22, as well.

Atalanta were bludgeoned by Sterling, all three goals coming in 11 blistering second-half minutes and more evidence that he is at the peak of his powers earlier than expected. 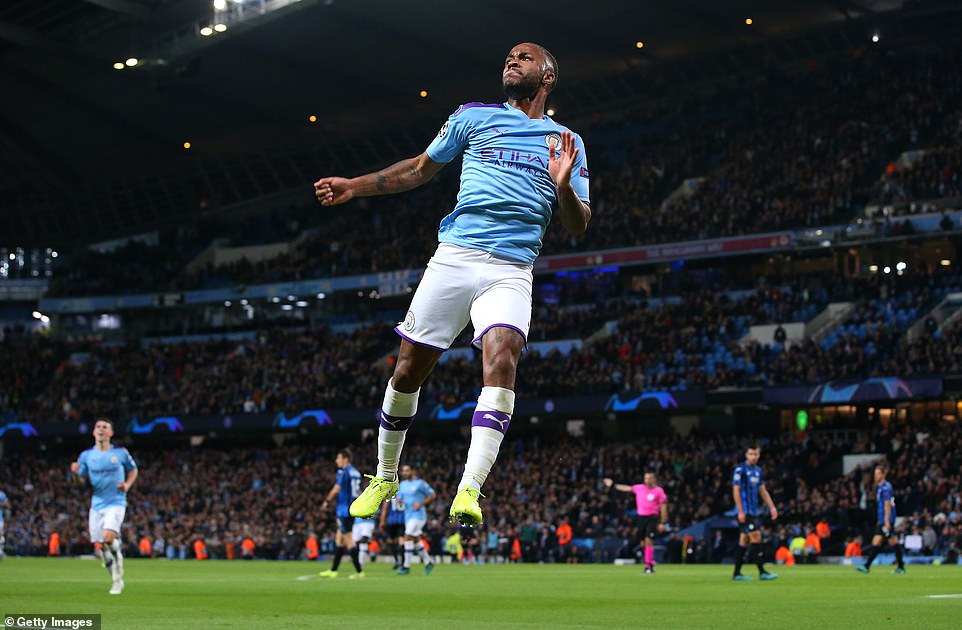 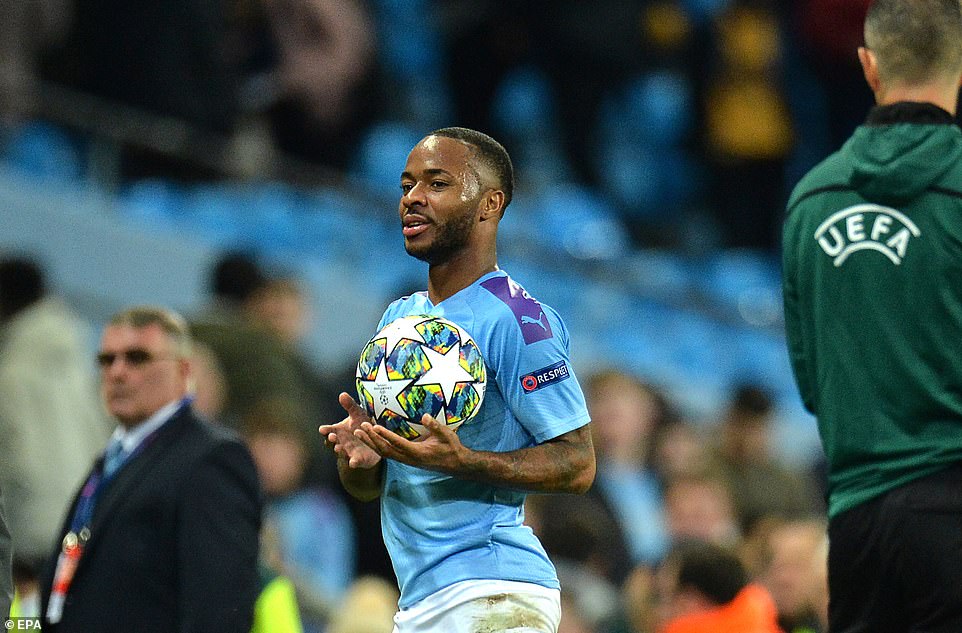 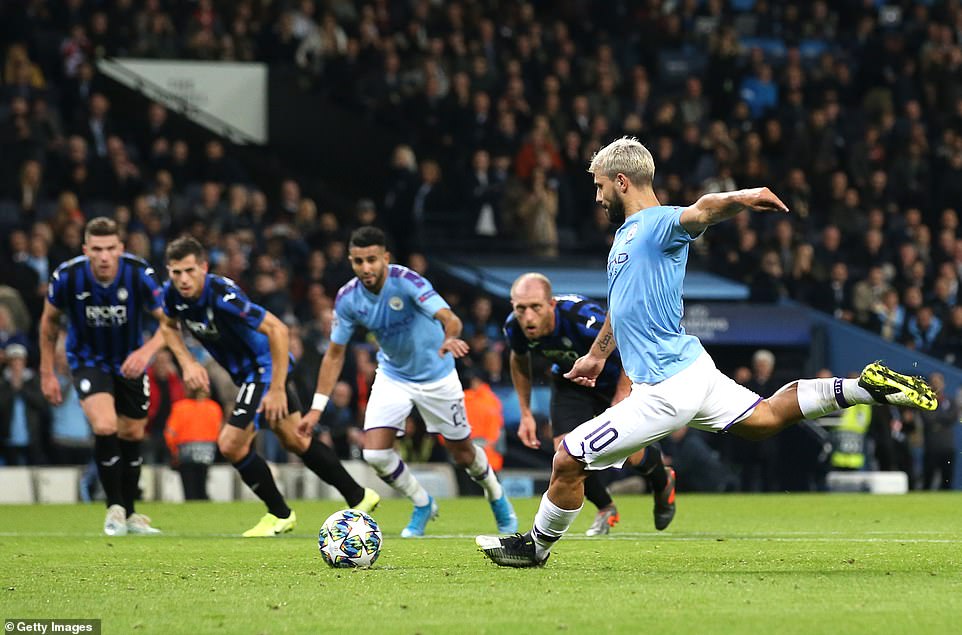 Pep Guardiola’s team selections tell us as much. For a team that is rotated heavily, Sterling barely ever watches from the bench. Even with all their firepower, they just cannot do without him.

Still only 24, he is already a superstar, one of the finest forwards in world football. Less than a handful of wingers boast a better minutes-per-goal record than him and it is for that reason Sterling should genuinely be involved prominently in the Ballon d’Or discussion.

Sterling laughed off comparisons with Cristiano Ronaldo and Lionel Messi earlier this week and while he is right to distance himself from that, he is definitely among the chasing pack.

All three goals were scored assertively and just the tonic after Guardiola claimed his team had not been clinical enough of late. It might have been four, but for a miss one-on-one towards the end. We can forgive him that.

An icon off the pitch, a leader on it. It is not hard to see why so many brands are falling over themselves to offer him new deals and want his name associated with them.

‘All the credit is for him,’ Guardiola said, keen for praise to be diverted away from himself. ‘Raheem is perfect. His physicality is amazing. The day after the game he can play another one. Defensively he helps us a lot too. An extraordinary player. He has that desire to get better.’

Only catastrophe would prevent City progressing through to the Champions League knockout stages for a seventh consecutive year. In truth, Group C was always there for the taking. Atalanta gave them a brief scare after going ahead after 28 minutes, Ruslan Malinovskyi stroking home a penalty after Josip Ilicic went over Fernandinho’s trailing leg. After that it was one-way traffic. 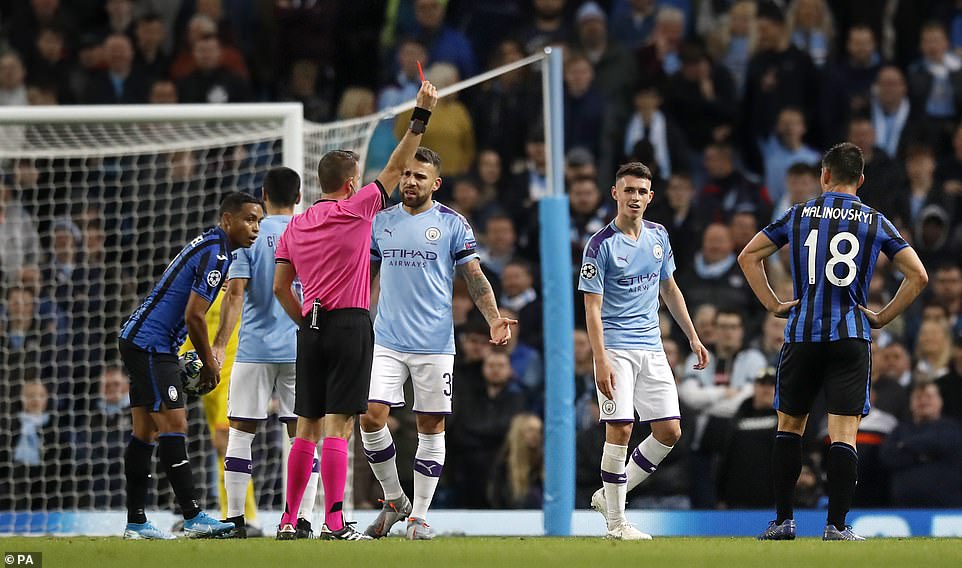 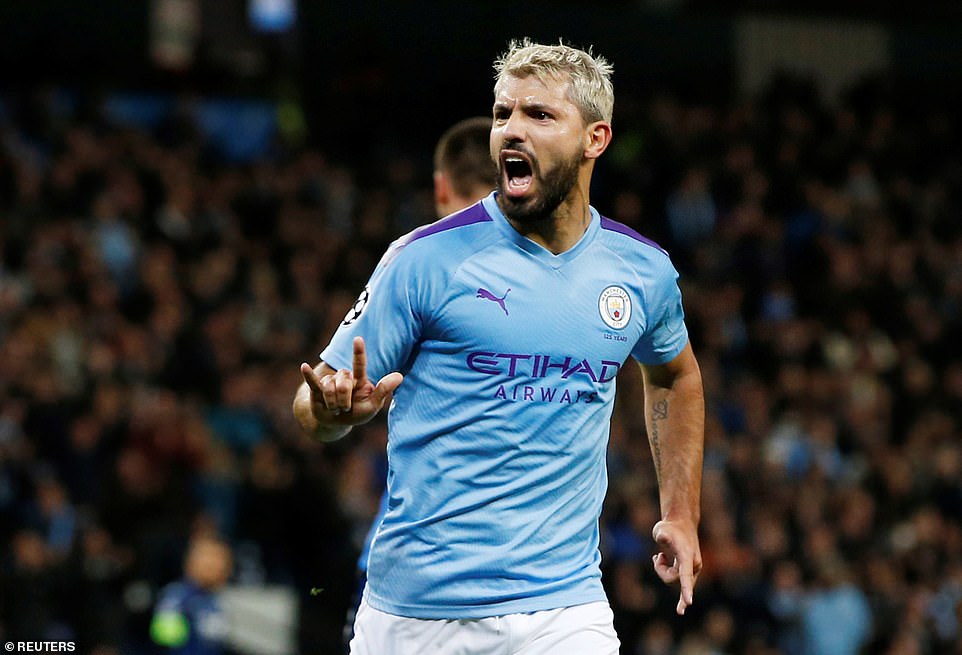 The Argentinean striker celebrates scoring his, and City’s, second goal of the evening at the Etihad Stadium on Tuesday 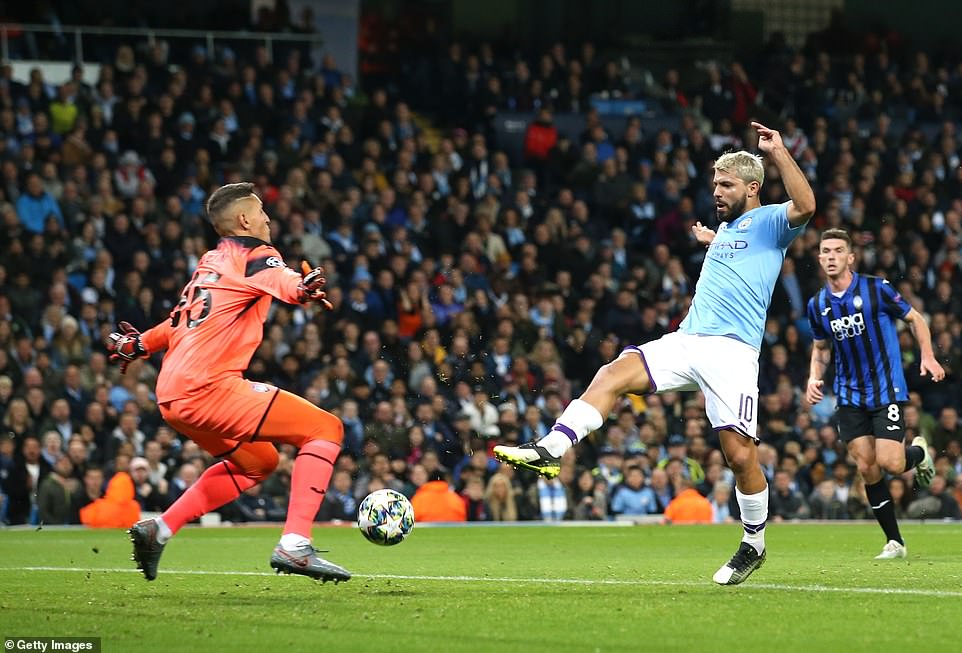 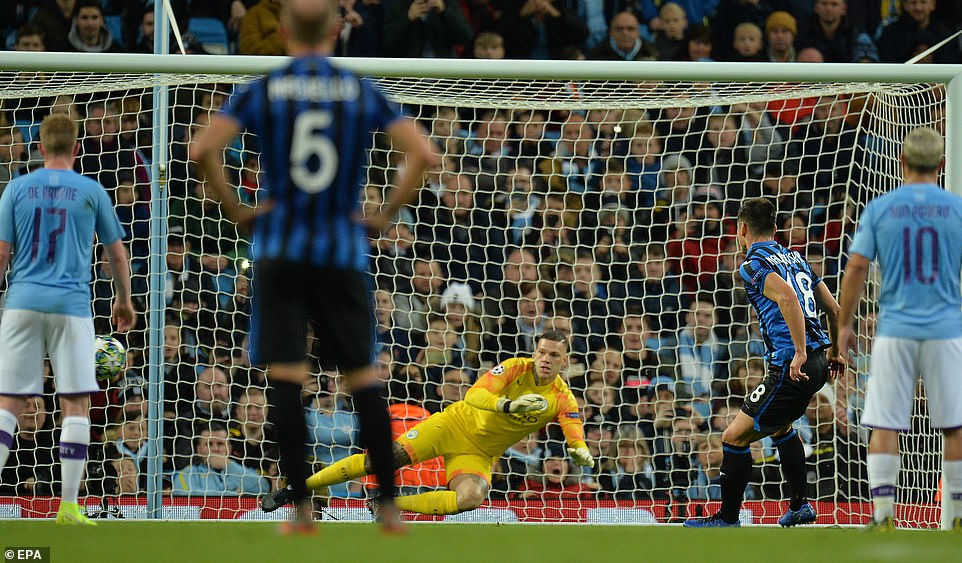 In the 28th minute, Atalanta number 18 Ruslan Malinovskiy sent Ederson the wrong way to give the visitors a shock lead