The 23-year-old, who has attracted interest from both Barcelona and Real Madrid, has also been closely monitored by City in recent weeks.

According to The Guardian, City will send scouts to watch Ruiz in action when Napoli play Salzburg in the Champions League on Wednesday night.

Ruiz was named as the best player of the Under-21 European Championship last summer as he helped Spain lift their fifth title and has recently broke into the senior side.

He has also become an instrumental player for Napoli since joining the Italians from Real Betis in the summer of 2018.

The Spain international can play centrally or on the left side of midfield and has been likened to City star David Silva, who is considered to be at the backend of his career at 33. 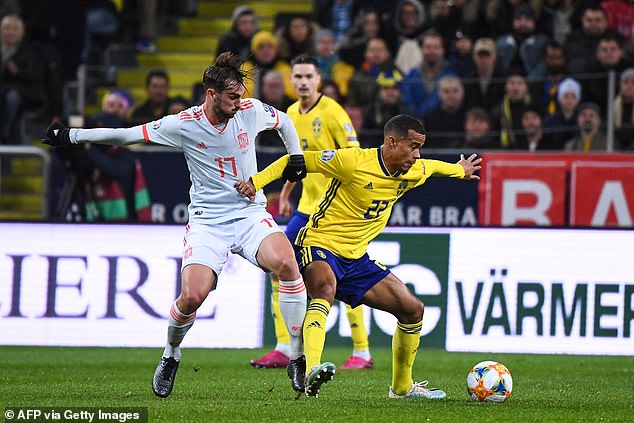 Napoli forked out £25.5million to bring Ruiz to Italy last year and will be expecting to make a significant return on their investment.

The club’s chairman, Aurelio De Laurentiis, said last week: ‘I paid €30m for Fabian and he’s a fantastic player. If some of the European top clubs were to offer €180m (£155m) we can start talking about selling him.’

The relationship between Napoli and Manchester City was fractured during their pursuit of Jorginho last summer, who ended up joining Chelsea instead to reunite with Maurizio Sarri.

However, that is not expected to be a problem providing City can meet Napoli’s valuation of the player.