Manchester City are a ‘possible destination for Bayern Munich striker Robert Lewandowski, the superstar’s agent believes’ – with veteran targeting four more years at the top in boost to Pep Guardiola

Lewandowski was another name rumoured to be on their shortlist and, with representative Pini Zahavi not ruling out the move, City’s hopes have been boosted.

Manchester City are a ‘potential destination’ for Robert Lewandowski, according to reports

Sport Bild have revealed that Zahavi believes a high-profile switch to the Etihad is on the cards for his client, with City certain to also be interested in him in the future.

Indeed, Guardiola has already coached Lewandowski during his own stint in Bavaria, and the veteran Pole is a prime candidate to help bolster his options at City.

While not out of contract at his current club until the summer of 2023, Lewandowski is understood to be open to sampling a taste of Premier League action. 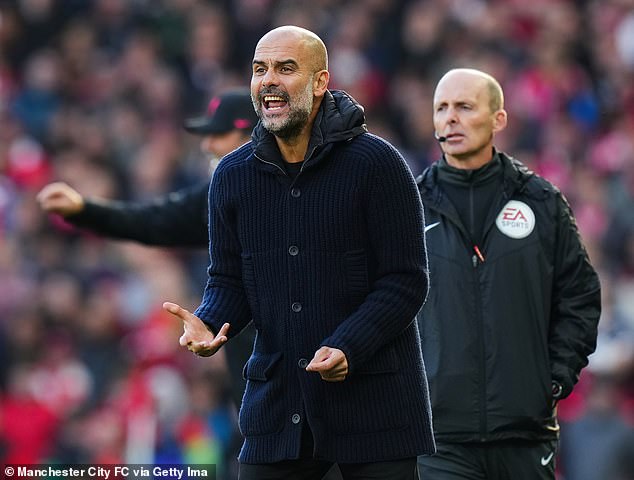 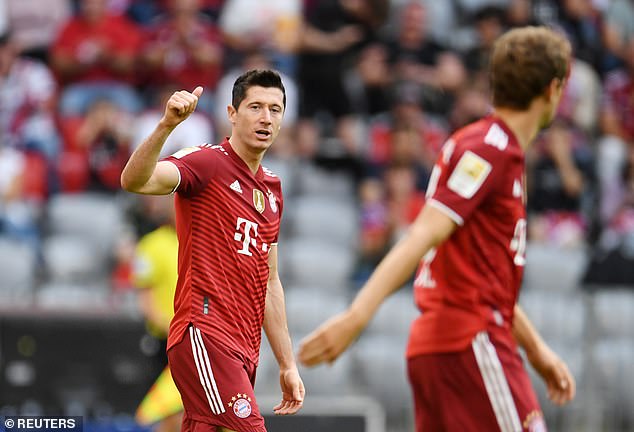 He has admitted he is targeting four more years at the top level, too, allowing for the possibility of City tying him down to a lucrative, long-term contract.

‘I’m in good shape physically and have the right mentality,’ Lewandowski told Bild.

‘I can play for many more years, I’m sure at least four more years. And then I will see, maybe I can raise the bar even higher. 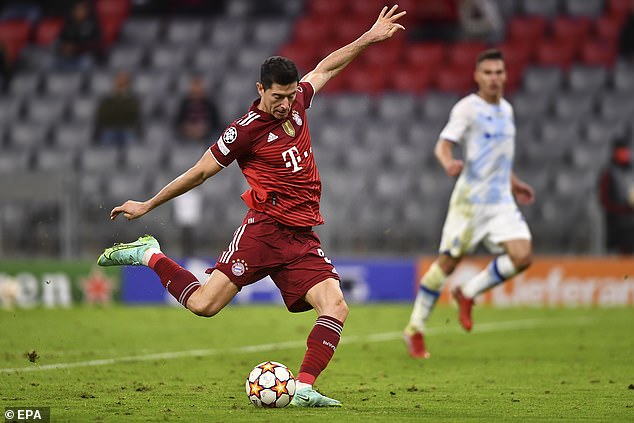 Lewandowski has said he is targeting four more years at the elite level, handing City a boost

Bayern, though, have no desire to allow Lewandowski to leave, and club chairman Herbert Hainer said he can ‘imagine’ the superstar staying beyond his current deal.

‘We’re happy with Robert,’ Hainer said. ‘But we don’t have to extend the contract now, we still have two years.

‘As I said, I can imagine Robert staying beyond 2023. We’re in permanent talks with all our players, including Lewy. But now is still early.’ 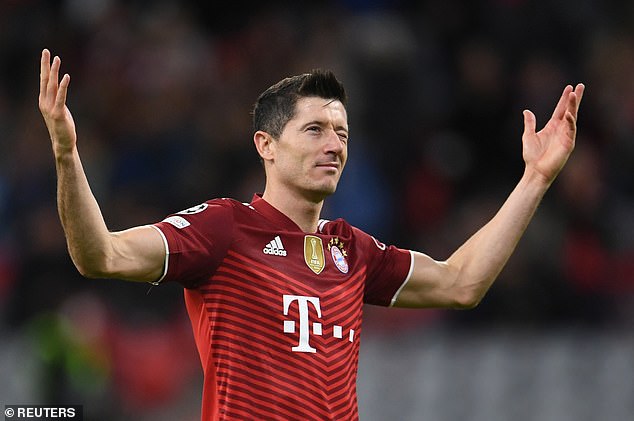 Meanwhile, Lewandowski has been singled out as one of five players all in with a good chance of winning this year’s prestigious Ballon d’Or.

This season, Lewandowski has scored 13 goals in 10 games, and also has an assist.