Football supporters have taken to social media to laud Raheem Sterling’s ‘ridiculous’ strike against Sporting Lisbon after the Manchester City star maintained his fine form in the Champions League.

Sterling, 27,  has been in sensational fettle for Pep Guardiola’s side in recent weeks and arrived in Lisbon in a confident mood having bagged a hat trick against Norwich last time out.

And the Englishman picked up from where he left off in East Anglia, scoring City’s fifth goal on the night with a thunderous effort from distance.

Sterling places his shot to perfection and Man City add a fifth! 😍

Wait for the replay angle from behind… 👌 pic.twitter.com/9YE9743NLG

Picking up the ball from Bernardo Silva on the edge of the Sporting area, Sterling turns, shifts the ball onto his right foot and launched a spectacular strike that arrowed into the top corner.

Sterling’s effort on Tuesday night was his 150th club career goal and fans have taken to Twitter to hail the 27-year-old.

‘This is ridiculous!’ one fan wrote, while another shared a clip of Sterling’s strike with the caption: ‘Perfection’.

‘Put some respect on his name, top player,’ another fan wrote. ‘Some people say he’s just a tap in merchant,’ one user added. 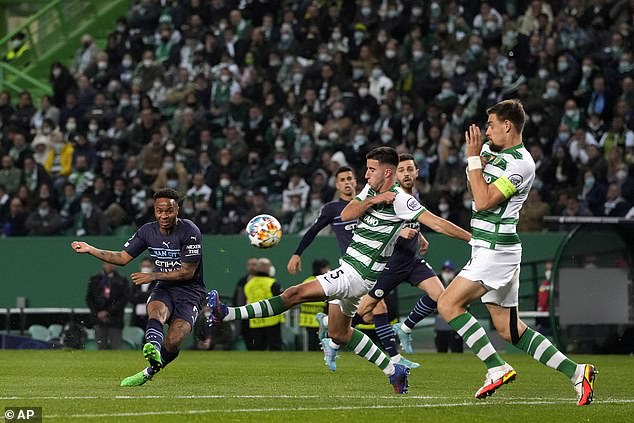 Another fan made the bold claim that Sterling is the ‘best English winger of all time’.

Sterling also took time to bask in his latest superb effort, tweeting: ‘Top’ with a bin emoji alongside footage of his strike.

Sterling’s rich vein of form has served as a timely reminder to City’s hierarchy of his contractual dilemma. The Englishman’s current deal expires next summer but there has been little progress in negotiations.

‘Nobody doubts how important it is,’ City boss Pep Guardiola said of Sterling’s future. ‘What I want is [day after day] to play good. Not just him, but all the players. If we count the amount of games he has played since we are together, it is a lot. He is a key player.

‘About the future, I don’t know what is going to happen. The club decides. I give my opinion but of course the club takes the decision all the time.’ 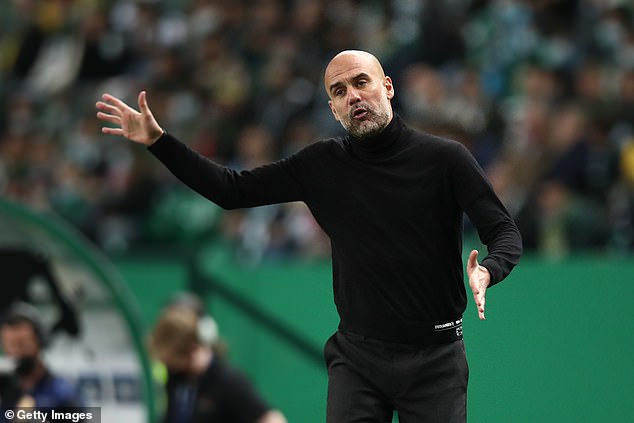