Manchester City’s hope of landing 19-year-old Ajax captain Matthijs de Ligt have been boosted because Barcelona are unlikely to make a bid for the player this summer.

Barcelona bought De Ligt’s team-mate Frenkie de Jong in January although the midfielder will stay at Ajax until the summer. They have been linked with De Ligt but a bid has been all but ruled out.

De Jong was sold for £75million and the impressive central defender is expected to go for at least the same value when Ajax sell this summer.

Barcelona took out a loan of £123million from two US investment funds at the end of last year but having paid out for De Jong and needing to buy a centre forward as cover for Luis Suarez they cannot meet De Ligt’s asking price.

Ajax goalkeeper Andre Onana revealed this week: ‘De Ligt wants to go with De Jong to Barcelona. I have spoken to both of them about it.’

But Barcelona signed 19-year-old Jean Clair Todibo in January from Toulouse and the plan for next season is for Gerard Pique, Clement Lenglet, Samuel Umtiti and Todibo to be the club’s four centre backs. Barcelona stepping back from the De Ligt auction clears the way for Manchester City to battle with Manchester United, Bayern Munich and Juventus for the Holland international.

One potential stumbling block for City is the fact that De Ligt’s agent is Mino Raiola who has fallen out in the past with Pep Guardiola over Zlatan Ibrahimovic.

Barcelona, meanwhile, have Umititi back in training this week and he could feature in the Champions Leauge next week when Barcelona face his former club Lyon.

Umtiti has been out since the end of November with a persistent left knee problem that he has preferred not to address with surgery. He has been rehabilitating in Qatar for the last two months and is now ready for a return. 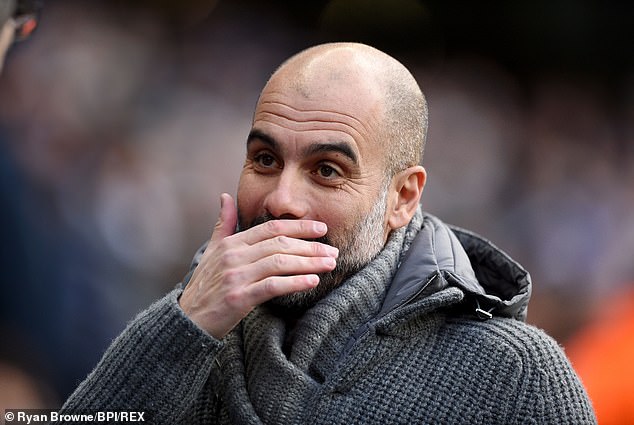