Manchester City Women have been inspired by Pep Guardiola as they bid to become the first English club to reach the Champions League final since Arsenal in 2007.

Manager Nick Cushing says sharing training facilities with the Premier League champions has been a big help to him and his players.

‘Every coach has learned from Pep and the way his teams play,’ says Cushing, whose side face holders Lyon in France on Sunday, having drawn their semi-final first leg 0-0. ‘We are lucky to be all on one site. I can watch his teams and aspire to be as successful as he has been.’

Eight of Cushing’s players, including Karen Bardsley, Steph Houghton and Jill Scott were in Phil Neville’s first England squad this year and Cushing is confident of avenging City’s 2017 semi-final defeat against Lyon.

The English game has often had to play catch-up and is only set to become an all-professional league later this year, though City have been full-time since 2014.

Bardsley, Scott and Houghton are all in their 30s and Cushing says a European final would be a reward for their contribution to the women’s game. 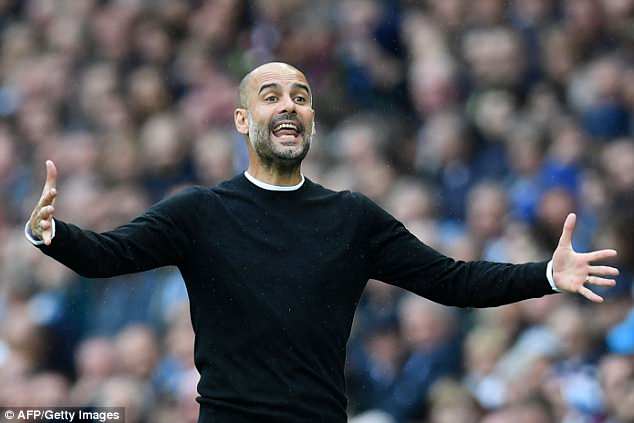 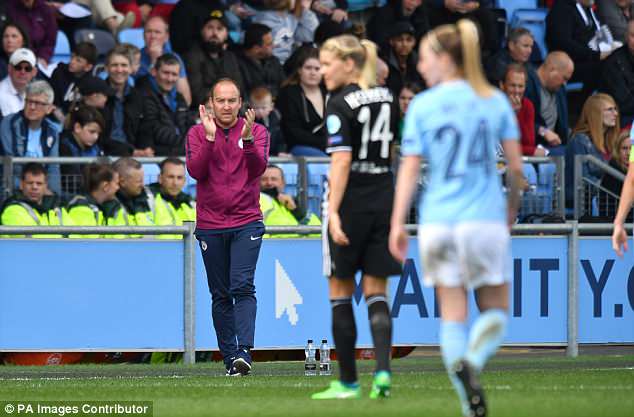 ‘They have had the experience of having to scrap and fight for their love of the game,’ he said. ‘Now they have a chance to train every day, not have to focus on working somewhere else for a living.

‘Thy are helping the younger generation to be as hungry and motivated as they were when they didn’t have the opportunities.’