Manchester City boss Pep Guardiola has warned his team against Napoli’s threat after turning his attention to Europe.

Leroy Sane, Fernandinho and Raheem Sterling scored in a comfortable 3-2 win for the visitors at West Brom on Saturday.

The scoreline flattered Albion who, despite battling, were outclassed by City as Guardiola’s men recorded their eighth straight Premier League win. 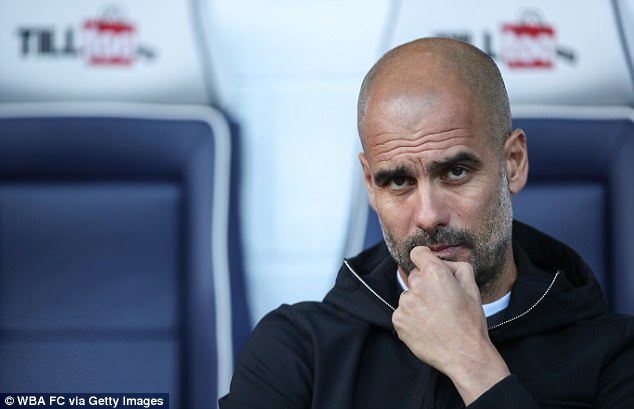 They are five points clear at the top and have won 13 games in a row in all competitions and are unbeaten in their last 21 outings – two new club records.

They go to Napoli in the Champions League on Wednesday knowing a win would see them qualify from Group F, with Guardiola wary of the Italians.

He said: ‘We need one more win to qualify but we are going to the team that are leading Serie A and everybody knows the type of football they play in their own stadium so it’s going to be very difficult, but it’s a great opportunity for us to book our place and we’re going to try our best to do it.’ 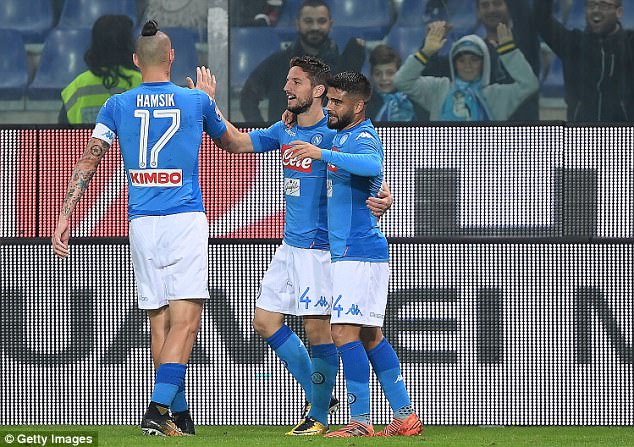 ‘It’s going to be very difficult, but it’s a great opportunity for us,’ the City manager claimed 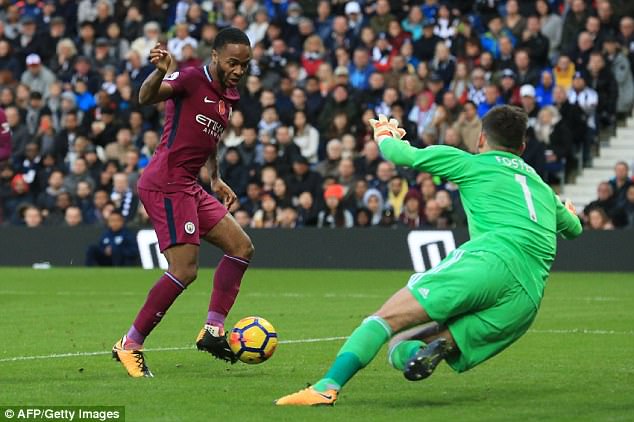 City’s dominance this season had led Liverpool boss Jurgen Klopp to suggest they would be champions by January but Guardiola dismissed his claim.

Asked if it was unrealistic, he said: ‘Definitely. You are English – from a long time ago, did you see a champion in January? Me neither.’

Jay Rodriguez briefly equalised for the hosts while Matt Phillips capitalised on Nicolas Otamendi’s error to pull a goal back in injury time.

And Baggies boss Tony Pulis insisted City cannot be considered nailed on for the title despite their form. 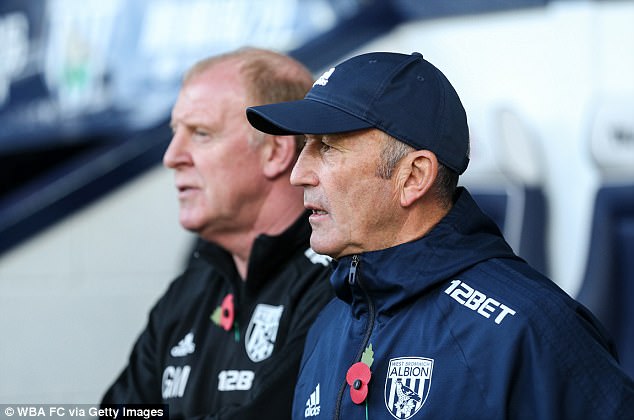 West Brom boss Tony Pulis warned City: ‘There are lots of obstacles they have to overcome’

He said: ‘They are certainly one of the main contenders but it’s a long season. They are in all the cup competitions. They’ve got to be fortunate with injuries and the bounce of the ball.

‘We’ve given them a game. There will be a lot of teams they go away to who will do the same.

‘Winter comes – you see what happened to Manchester United when they went to Huddersfield and it was windy and it was wet.

‘There are lots of obstacles they have to overcome. It is not in the bag yet.’