City’s fans have endured a tumultuous relationship with UEFA, often booing the competition’s anthem, and the Premier League remains their priority.

But Silva pleaded for supporter backing after Sportsmail revealed that outgoing captain Vincent Kompany told the squad to make sure they conquer Europe.

‘We want to do better, try to go for the European trophy as well,’ said the club’s Player of the Season.

Kompany held back the tears as he took the mic after City paraded four trophies in front of 100,000 people lining the city streets. 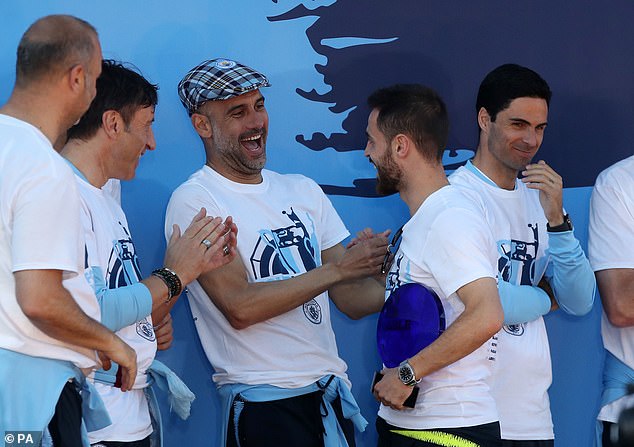 ‘Even if they don’t win the Champions League, this is the best club in the world,’ Kompany said after being awarded goal of the season for his thunderbolt against Leicester City.

‘What am I doing even trying that? It’s silly. It’s ridiculous. That goes before the goal against Manchester United in 2012 but beating them is such a feeling any year and any day of the week.’