Located a short walk from the city’s train station and Northern Quarter culture hub, Manchester’s Piccadilly Basin has been earmarked for investment by local officials.

But residents in new apartment blocks surrounding the basin claim they have witnessed bare-knuckle fighting, drug dealing and sex work happening on their doorstep.

A video filmed by one resident shows two shirtless young men bare-knuckle boxing in the street, one with a nitrous oxide balloon hanging out of his mouth.

Another sees people shouting and dancing to music, either blasting from a car in the early hours of the morning or from groups of people sat on the canal towpath just metres from people’s homes.

One of neighbours who lives in the Vantage Quay development by the basin and has accumulated numerous videos of criminal and anti-social activity over the past 18 months. 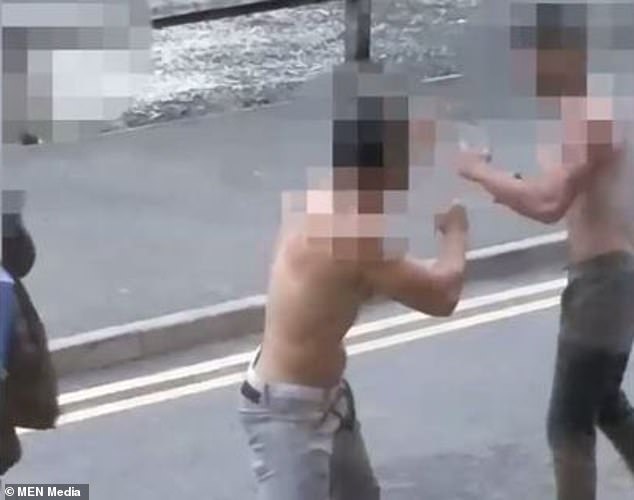 He said: ‘The area is in much need of change to make it feel more like a community rather than a gang hotspot.

‘Most nights of the week there are people playing music, weed being smoked, shouting, they’ve got no business being here.

‘The parties and the loud music, they think it can’t be heard and they’re unwilling to be moved on.

‘They climbed on one woman’s balcony when she complained. She’s scared to be in her own home.’

‘It’s affecting the quality of life, I’ve seen people fighting each other with bits of scrap metal, it makes people feel really unsafe and scared to go out.

‘You think, what’s going to happen next? One night I came home and homeless people were shooting up using the light over our entrance.

‘There was blood all over the street. The blatant drug taking is happening so regularly.

‘We have homeless people sleeping in our car park. One woman accidentally drove over one of them, she was absolutely distraught.’ 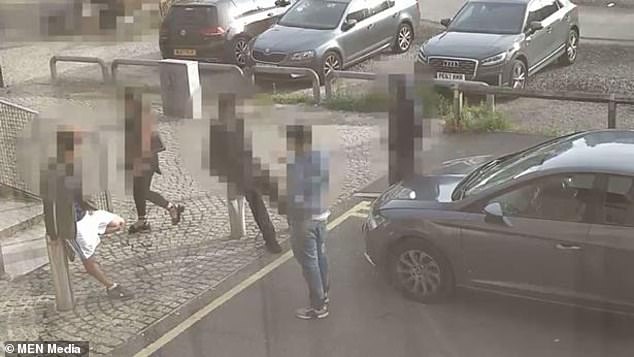 Residents claim people loitering around his housing block has to stop 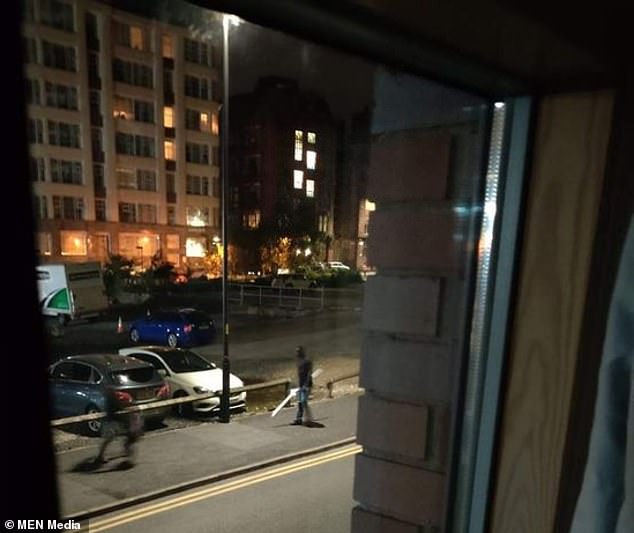 Police and council bosses say they are determined to stamp out the problem with a combination of prosecutions and work with the voluntary sector to help vulnerable people.

But local Labour councillor Sam Wheeler claims his ward, Piccadilly, has the highest crime rate of any in Greater Manchester.

Cllr Wheeler said he hopes to work with residents to improve the situation.

But he also suggested the council needs more powers over planning so that it can take control of regeneration projects like Piccadilly Basin.

‘Austerity has meant cuts to police numbers, but it has also meant the council services that can intervene before crime escalates have been hacked back,’ he said. 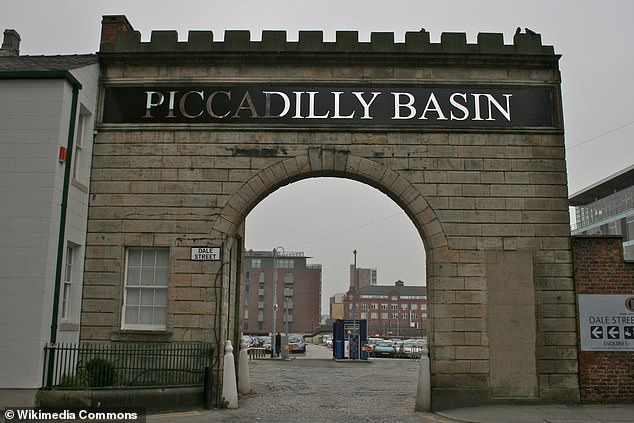 Located a short walk from the city’s train station and Northern Quarter culture hub, Manchester’s Piccadilly Basin has been earmarked for investment by local officials

‘Our city needs the cuts reversed, and we need real powers over planning so Mancunians, not foreign capital, can make decisions for our long term future.’

Tom says he has met with police and the council’s anti-social behaviour team on several occasions in the hope of improving the situation, but with little success.

‘I spoke to police and they said they would do more patrols, but then the same things have started happening again,’ he said.

‘Police said the gangs come here because they’ve been pushed out of Piccadilly Gardens.

‘We’ve had meetings. They ask us to keep sending anecdotes, to keep reporting it via 101 or the website, but what’s the point?

‘We’re going round in circles. We’ve tried to get the crime stats up so they send more resource but I don’t think that makes much difference, they’re so thin on the ground.

‘I’m probably going to move out if it doesn’t get sorted. We’ve got more people moving here, we’ve got HS2 coming, we would like to make it a success story.’

Chief Inspector Zac Fraser from GMP’s City Centre Division said: ‘We understand concerns residents may have and are looking at how we can collaborate further to solve problems and build a stronger community.

‘We would like to reiterate our commitment to cracking down on crime in and around the area. 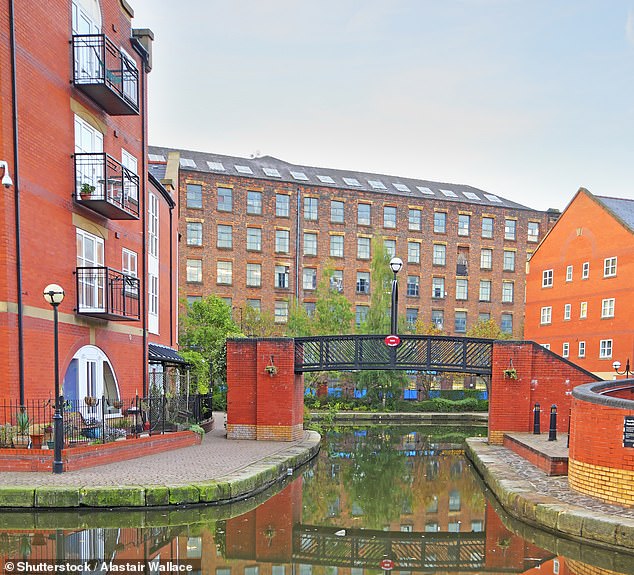 ‘We have specific operations aimed at tackling persistent drug-dealing and antisocial behaviour hotspots across the city centre, utilising high visibility patrols, beat sweeps, overt and covert operations sending a clear message to those committing these offences.

‘Nobody should have to put up with behaviour which has a negative impact on their environment and we remain committed to working together to keep the city centre a safe for everyone.’

Councillor Nigel Murphy, Deputy Leader of Manchester City Council, said: ‘It is never pleasant to hear that communities are being negatively impacted by anti-social behaviour.

‘It is a priority of the council to work with our partners in GMP to identify problem areas and stamp out disorder wherever it is found.

‘Our Anti-Social Behaviour team is in regular contact with residents in Piccadilly Basin and we are always willing to listen to concerns that are raised, and try to find solutions that benefit everyone.

‘This will involve working with the police and partners to address repeat offending and offering opportunities for early intervention to prevent crime and anti-social behaviour.

‘We have already seen the benefits of regeneration in parts of the Norther Quarter, as well as Ancoats and New Islington and we want the same prosperity to come to this part of Manchester.

‘This area has huge potential and we want to make sure that residents are able to share in the future growth of Piccadilly Basin, free of anti-social behaviour.’