Manchester teacher hanged himself amid ‘bullying’

A father-of-two was found hanging in his garage after whistleblowing about alleged exam cheating at his college.

Leigh Wilde, from Offerton, went to the Institute of the Motor Industry (IMI) after noticing discrepancies in test results at the Openshaw campus of Manchester College, where he worked as a lecturer.

As part of his role verifying exams, the 45-year-old believed staff were fraudulently taking tests for his students to improve their marks, an inquest heard.

However the ‘humble and very moral’ father-of-two, who also served as a mechanic in the RAF, was said to be ‘devastated’ after being suspended escorted from the premises one week later.

The reason for his suspension was not made clear until three days later on March 16, 2017, when he received a letter from the college.

He hanged himself in his garage the same day, the inquest heard.

The contents of the suspension letter were not revealed in court but after the inquest his wife Carol revealed it contained accusations of bullying and harassment.

Mr Wilde’s family say the complaints were ‘unfounded’ and ‘completely without substance’.

His wife Carol claimed the college ‘fatally’ failed in its duty of care, adding: ‘They are the only people to blame, we were a lovely happy family until the beginning of 2017.

‘Leigh was a lovely dad and a generous, kind man who helped a lot of people. He was quiet, humble and very moral.’ 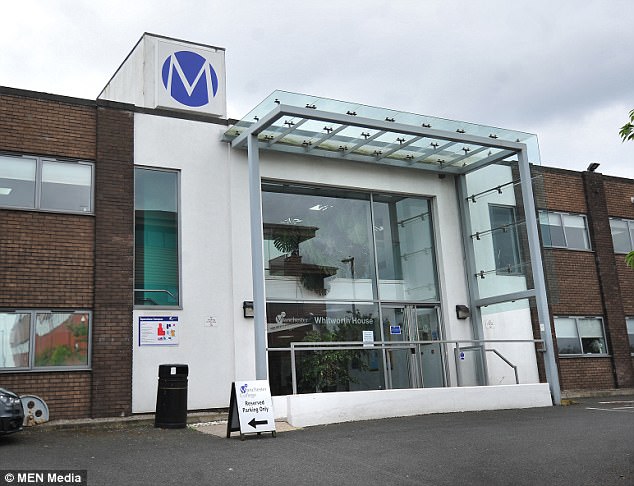 Mr Wilde had reported his concerns to professional body the Institute of the Motor Industry in a ‘whistleblowing capacity’ on February 15 which began an investigation.

He is also said to have reported the allegations to the college’s HR department although managers told the hearing they could find no record of this.

The following week he was suspended and escorted from the premises, which his family said left him distraught.

Samantha Halliday, who works in HR for the LTE Group, which runs Manchester College, told the inquest that in his nine-year role no issues about his behaviour had been raised in any appraisals, held three times a year.

Returning a verdict of suicide coroner Alison Mutch said more steps should have been taken by the college to ‘minimise the risk’ to the individual if a decision had been taken to suspend them.

She added it was ‘unhelpful that there was no clear record of how whistleblowers were dealt with’.

Speaking after the hearing Mr Wilde’s wife Carol, 49, said: ‘They were all unfounded [allegations] and nothing like him, it is very coincidental that he raised concerns about tests and the next week he was escorted off the premises.

‘Manchester College has repeatedly – and as it turns out fatally – failed in its duty to my husband.

‘The consequences of the lack of care is something me and my family will have to live with for the rest of our lives.’ 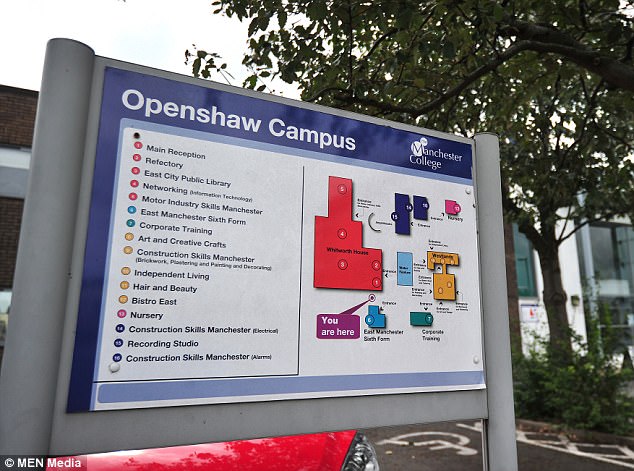 Speaking on behalf of LTE Ms Halliday said the college had no record of Mr Wilde raising his concerns with HR.

But the IMI confirmed he had reported the matter and it was also said an anonymous whistleblower had made similar exam cheating allegations in 2014 – albeit ones that were not proven.

The college holds and marks exams internally before sending them back to the examining body which oversees them.

Mrs Wilde told the inquest: ‘Leigh was such a good teacher and had immense patience. Some of the students were difficult, he took great pride in turning them round.

‘He liked everything done right, he didn’t like anything half done or cheated.’

Mr Wilde had suffered with some mental health problems following the death of a childhood friend some years earlier but had been gradually coming off the medication he was on, the inquest heard.

The coroner said the IMI investigation was ‘not able to progress’ because it did not have the evidence.

But at the time of his death Mr Wilde is understood to have had evidence on his phone, which police have now accessed and will pass it on to IMI in a bid to get the investigation reopened.

The Manchester College has 15 campuses and describes itself as the largest further education college in the UK.

A spokesman said: ‘We provided evidence to the inquest as requested by the coroner and we will note the coroner’s verdict and comments. We will review these comments and respond appropriately.

‘We extend our sincere sympathies to family members and colleagues for their loss.’