An ‘easy-on-the-eye’ teacher has become a viral sensation after listing his ten suggestions for improving schools – which includes ‘wipe board pens that last for a week’ and ‘decent wifi’.

Lee Parkinson, who goes by the name Mr P online, was angered by Donald Trump’s idea of arming teachers following the Florida shooting, so he filmed a response on what classrooms actually need.

The video has amassed 1.1 million views since Friday, and watchers were impressed not only by his suggestions, but also by his appearance.

Paula Burnett commented: ‘Hey you Mr P, who I must say is an easy on the eye teacher, number seven and nine I completely agree with.’

Steph Harvey responded: ‘I LOVETHIS MAN! What is it with whiteboard pens – can’t be that hard to make them last longer.’

In the video Mr Parkinson, who works part time at Davyhulme Primary, in Trafford, Manchester, takes a jibe at the current education system, which he believes ‘obsessively measures progress through standardised testing’. 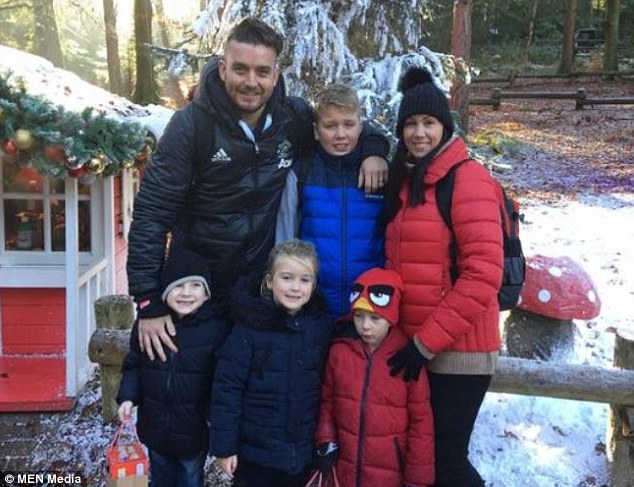 Mr P, who lives in Urmston with his wife Claire, their triplets and his stepson (all pictured) has become an internet sensation following the video

His most wanted list for teachers includes everything from ‘wipe board pens that last longer than a week’, to glue sticks and ‘decent wifi’.

But he makes the more serious points of teachers needing more support, better pay, proper funding and to be trusted to do their jobs without a constant regime of tests.

Users commended him on his more serious points too. Tasha Clemitshaw said: ‘Oh my god! I swear you can read my mind and the minds of many. You are totally correct, you speak for us all.’

Joan Silver wrote: ‘I love this so much! As a teacher (deputy head) who burnt out in the system and retired early, I agree with everything you say.’ 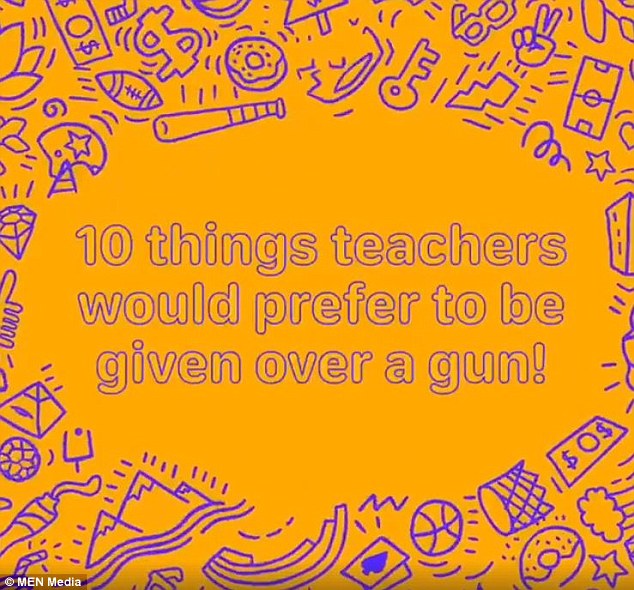 Julie Norman commented: ‘Mr P you need to become one of the Government advisors so that education in the UK can move forward with the right support. You would certainly have a following. Or just become education Secretary, do it.’

In the monologue, which has been shared 19,000 times on his Facebook page ICT With Mr P, he says: ‘How about giving teachers some trust, how about trusting them to be the professionals that they’re trained to be, rather than creating a toxic system which is obsessed with accountability, where teachers just waste so much time proving that they’re doing the job that they’re doing.’

Mr P, who lives in Urmston with his wife Claire, their triplets and his stepson, said he decided to do the video after reading an article about the call to arm teachers in the States.

He said: ‘I just thought, surely teachers wouldn’t want that. There are so many other issues within education. Most schools can’t afford pens and supplies let alone guns. That’s why I put together the video.

‘I know it would never affect us in the UK however what I have found, especially through social media is that teaching is universal. The majority of comments and feedback has been positive and agree with the sentiment of the video but there has been some negative comments.’