Eleven of Europe’s top clubs have sent scouts to watch Erling Braut Haaland this season, according to reports in his native Norway.

The 19-year-old has scored a staggering 27 goals in 19 games for Red Bull Salzburg this season across the Champions League and Austrian first division.

And, according to VG, some these performances have been watched in an official capacity by scouts from Barcelona, ​​Real Madrid, Bayern Munich, Borussia Dortmund, Juventus, Manchester United, Manchester City, Chelsea, Arsenal, Valencia and Seville.

Salzburg CEO Christoph Freund told the publication last Tuesday that he “hopes” he can keep a hold of the prodigy until the season’s out, but that he himself can’t rule out a move in the winter window.

Haaland has been grabbing the headlines all season, especially after a Champions League hat trick against Genk, after which club officials said there was no bid for him. 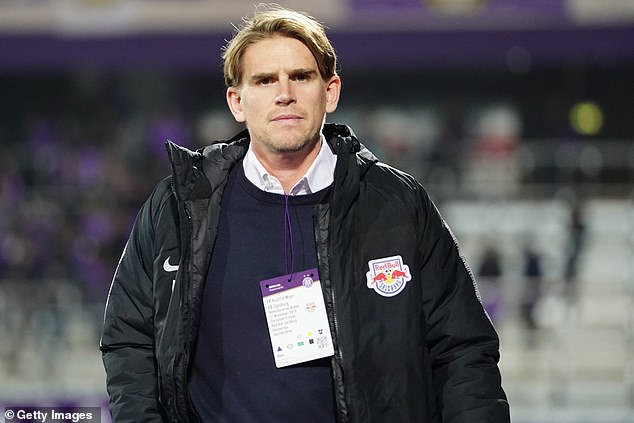 But his own father, former Leeds man Alf-Inge Haaland, has urged people not to read too much into the fact that scouts are present at his son’s games.

‘Most clubs are good at all matches, all places. So do not conclude too much about it,’ he said.

Reports had surfaced that sister club RB Leipzig would have first refusal on the Norway international, should he leave, something that Salzburg’s sporting director Christoph Freund denies. 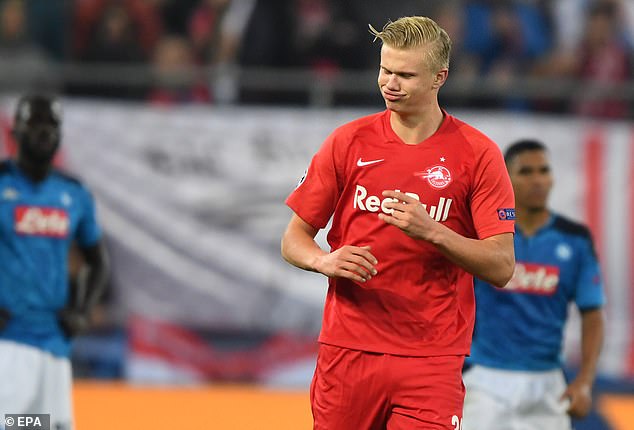 ‘There is no such clause, that is not an issue for us,’ he told Kicker.

‘We would never own any club a right of advance to any player.

It was claimed that Leipzig could sign Haaland for his reported £25.7million release clause.

However, United et al now can continue their pursuit of the player who is valued in excess of £60m.