Manchester United manager Ole Gunnar Solskjaer will play at Old Trafford this May as the club celebrates the 20th anniversary of their Treble triumph.

Named permanent boss on a three-year deal on Thursday, the Norwegian has now been confirmed as part of the Manchester United legends squad taking on Bayern Munich legends on May 26.

Solskjaer’s stoppage-time goal sealed victory in the Champions League final at the Nou Camp in 1999, with the match raising funds for the Manchester United Foundation. 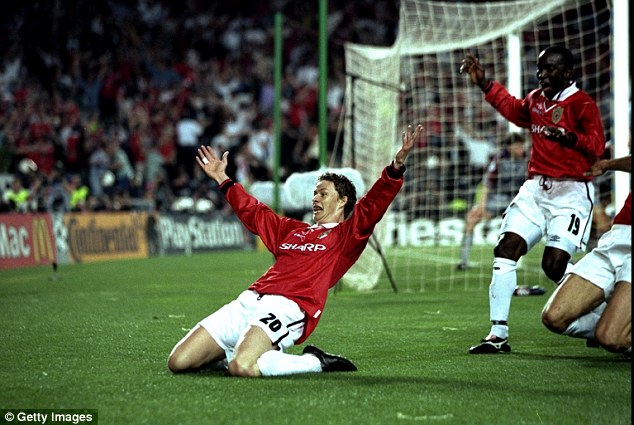 Sir Alex Ferguson will return to the dugout to take charge of United, with Teddy Sheringham, Dwight Yorke and Andy Cole also confirmed in the squad.

‘I am delighted to be part of this very special reunion,’ Solskjaer said. ‘Over the coming weeks I will be training hard to make sure the boss has me in the starting XI this time around!

‘In all seriousness, it will be a great match and a chance to catch up with some old team-mates, whilst raising vital funds for our Foundation.’

Sheringham, who also scored in the 1999 Champions League final, said: ‘It’s nice to be asked to come back. I think it¹s a great occasion and a great idea to get the game going. 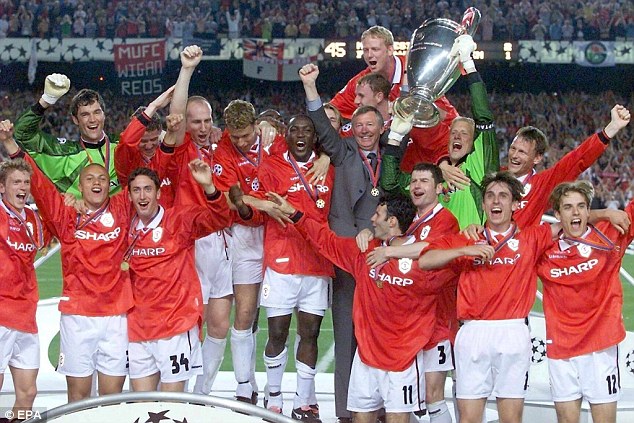 ‘The fact we are going to get a lot of money for the Foundation, for the children of Manchester, I’m delighted to be part of it.’

Peter Schmeichel will be in goal for United’s legends side, with Jaap Stam, Denis Irwin and Gary and Phil Neville in defence.